Fire Erupts as Californians Hit With 2nd Round of Blackouts 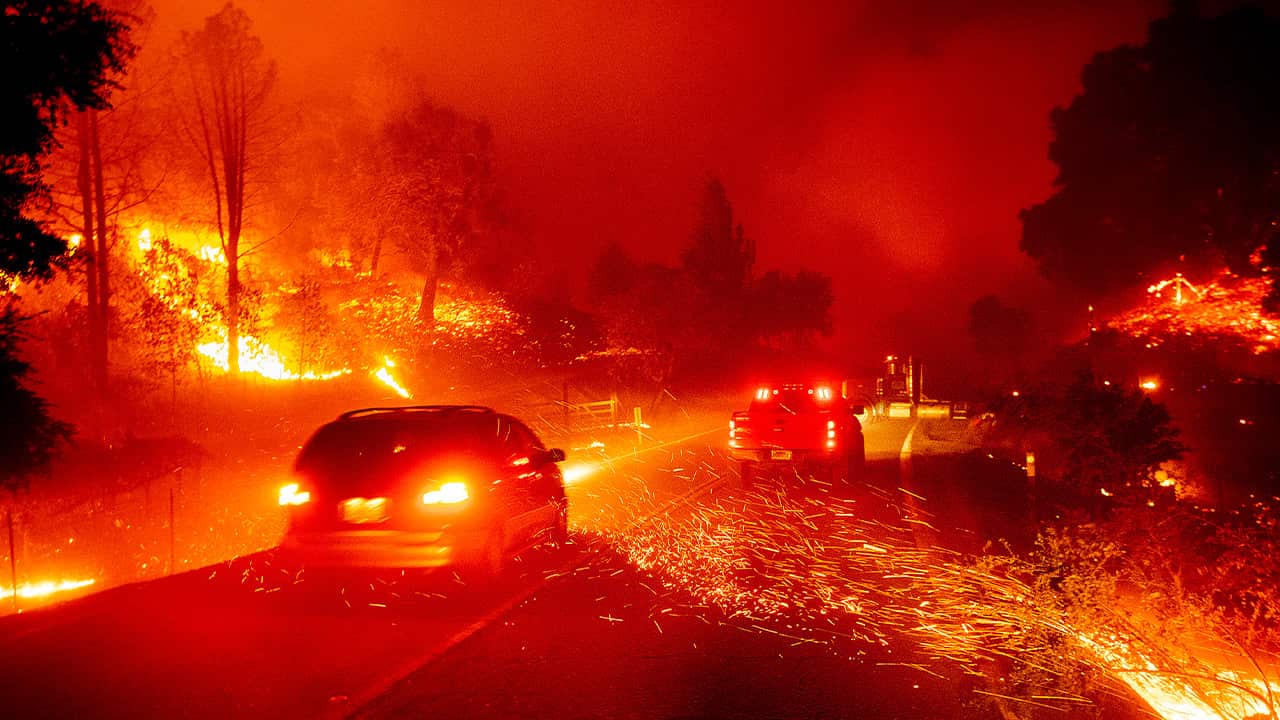 GEYSERVILLE — A Northern California wildfire exploded in size early Thursday amid dangerous winds that prompted PG&E to impose electrical blackouts to prevent fires.
Authorities ordered the entire community of Geyserville to evacuate after the fire in the Sonoma County wine region north of San Francisco grew to more than 15 square miles. The town has about 900 residents and is a popular stop for wine country tourists.
The cause of the blaze wasn’t immediately known, but wildfire risk was extremely high as humidity levels plunged and winds gusted up to 70 mph. An Associated Press photographer saw three homes destroyed in the Jimtown area. There were no immediate reports of any injuries.
PG&E on Wednesday began rolling blackouts stretching from the Sierra foothills in the northeast to portions of the San Francisco Bay Area in a bid to keep the electrical grid from causing fires due to wind that can send power lines toppling, starting fires.
The blackouts impacted a half-million people — or nearly 180,000 customers — in 15 counties, and PG&E warned that a second round of outages could occur over the weekend when winds were forecast to return.
Hot and dry Santa Ana winds were expected to hit Southern California Thursday and Southern California Edison warned that it might black out about 308,000 customers — perhaps 750,000 people — depending on the forecast.

The Current Outages Will Last About 48 Hours The small city of Calistoga, in the Napa Valley, known for its hot springs and wineries, was among those hit by Wednesday’s outage.
“It’s very frustrating,” said Michael Dunsford, owner of the 18-room Calistoga Inn, which has rented two powerful generators for the month at a cost of $5,000. Like many, he felt the outages need to be better managed, better targeted and less expansive.