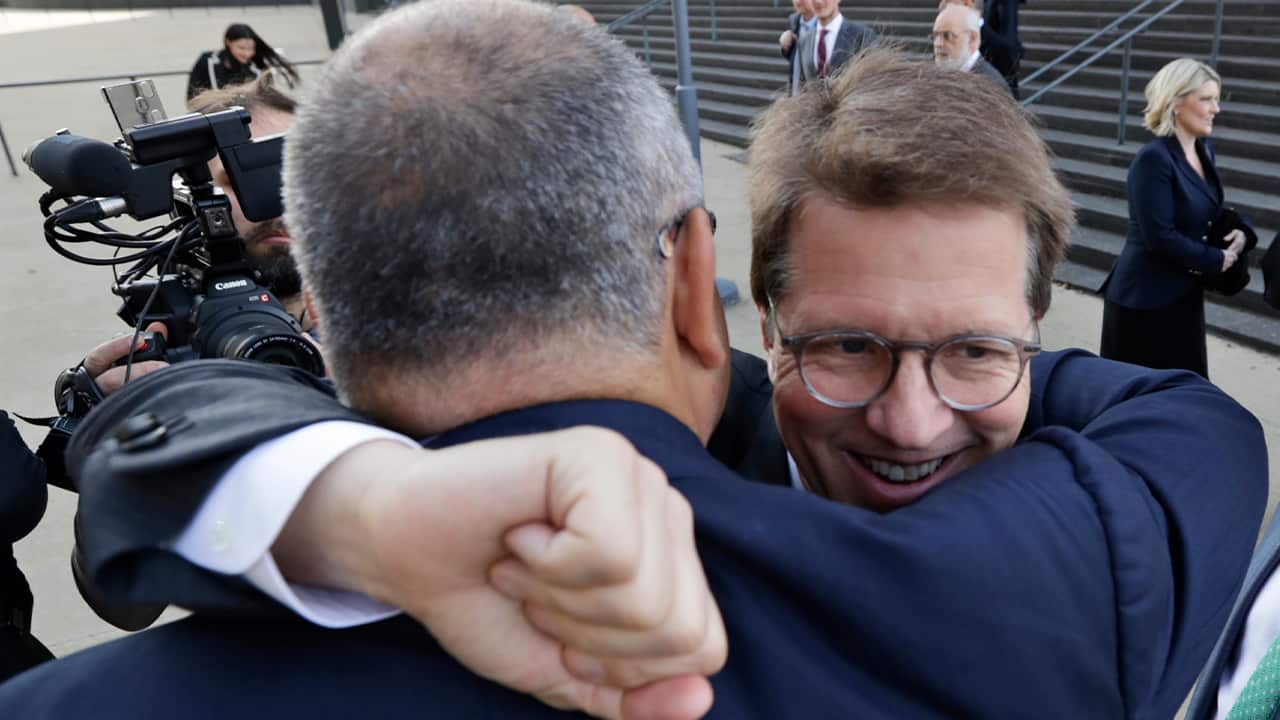 CLEVELAND — The nation’s three biggest drug distributors and a major drugmaker reached a $260 million settlement with two Ohio counties Monday over the deadly havoc wreaked by opioids, striking a deal just hours before they were set to face a jury at the start of the first federal trial over the crisis.
The settlement means the closely watched trial will not move forward now.

The Evidence Prepared for the Trial Won’t Be Fully Aired

But it could turn up the pressure on all sides to work out a nationwide settlement, because every partial settlement reached reduces the amount of money the companies have available to pay other plaintiffs.
Separately, the small distributor Henry Schein also announced Monday that it is settling with Summit County for $1.25 million. The company was not named in Cuyahoga’s lawsuit.
After the new settlements and previous ones with other drugmakers, the only defendant left in the trial that had been scheduled for Monday is the pharmacy chain Walgreens. The new plan is for Walgreens and other pharmacies to go to trial within six months.
Monday’s settlement removes the risks and uncertainties involved in a trial for both sides: The counties immediately lock in money they can use to deal with the crisis, and the drug companies avoid a possible finding of wrongdoing and a huge jury verdict.
“I have to say a day in court is always a good thing, but it doesn’t always get you where you need to go, or as fast as you need to go there,” Summit County Executive Ilene Shapiro said.
It also means that the evidence prepared for the trial won’t be fully aired.
Lawyers for the counties were preparing to show jurors a 1900 first edition of “The Wonderful Wizard of Oz,” featuring the poisonous poppy fields that put Dorothy to sleep, and a 3,000-year-old Sumerian poppy jug to show that the world has long known the dangers of opioids.
U.S. District Judge Dan Polster, who is overseeing the mountain of lawsuits, has long pushed for a coast-to-coast settlement that would provide money for treatment and other expenses associated with the crisis and force the industry to change its ways. Attorney Joe Rice, center, speaks to the media outside the U.S. Federal courthouse, Monday, Oct. 21, 2019, in Cleveland. The nation’s three dominant drug distributors and a big drugmaker have reached a $260 million deal to settle a lawsuit related to the opioid crisis just as the first federal trial over the crisis was due to begin Monday. (AP Photo/Tony Dejak)

The plaintiffs have accused the industry of aggressively marketing opioids while downplaying the risks of addiction and turning a blind eye toward suspiciously large shipments of the drugs. The industry has denied wrongdoing.