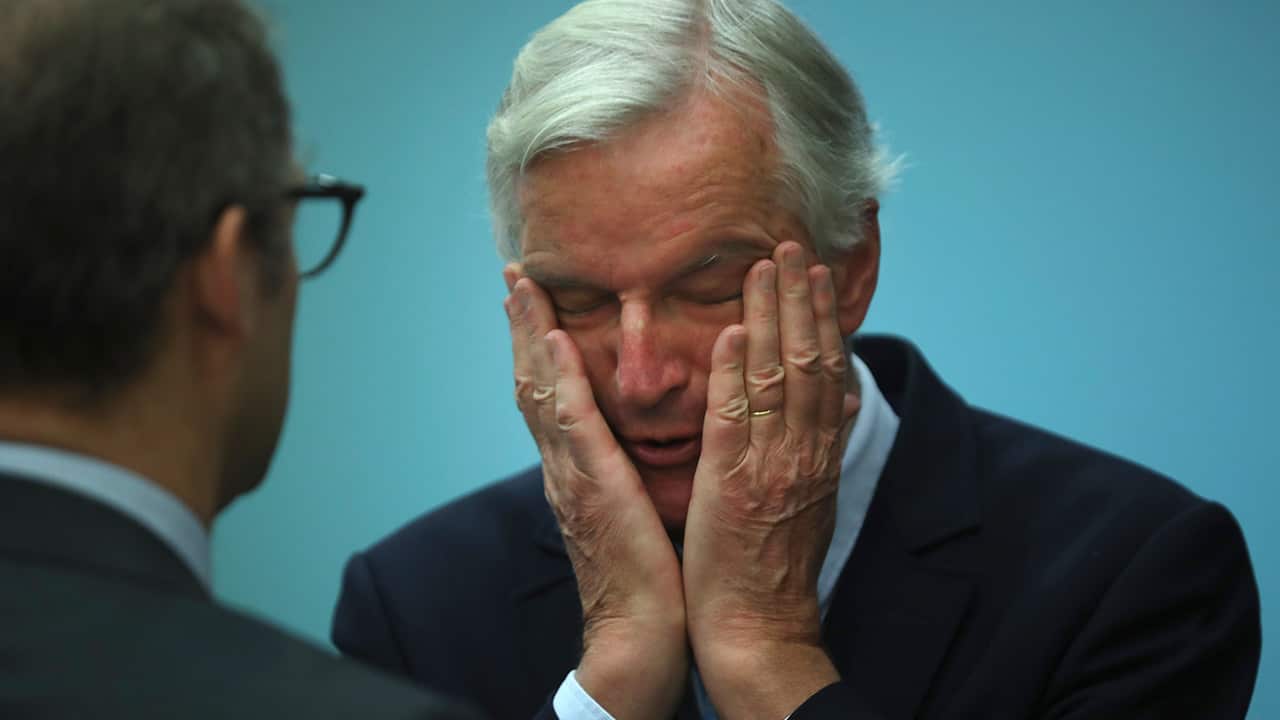 BRUSSELS — The European Union and Britain were inching closer to a tentative Brexit divorce deal that leaders would seek to close at a summit meeting Thursday.
Hopes were increasingly turning toward getting a broad political commitment, with the full legal details hammered out later. Negotiators were locked in EU headquarters with few details leaking out. Wild movements in the British pound on Wednesday underscored the uncertainty over what, if anything, might be decided.
Meetings between EU Brexit negotiator Michel Barnier and key EU legislators as well as with ambassadors of the member nations were rescheduled for the evening — an indication there was still momentum in the ongoing talks among technical teams from both sides.

“It looks like things are moving,” said an EU official, who spoke on condition of anonymity because talks were still ongoing.
British Prime Minister Boris Johnson’s spokesman, James Slack, echoed that, saying there is still “a chance of securing a good deal” at the summit, even though a number of issues remain.
The thorniest among them is how goods and people will flow across the land border between EU member Ireland and Northern Ireland, which is part of the U.K.

But Northern Ireland is not the only issue. An eventual withdrawal agreement would be a legal treaty laying out the terms of Britain’s departure and setting up a transition period in which relations would remain as they are now at least until the end of 2020, to give people and businesses time to adjust to new rules. It will guarantee the rights of EU citizens in Britain, and British nationals living elsewhere in the EU, to continue with their lives. Johnson Is Eager to Strike a Deal at Thursday’s Summit

With the need to get Parliament’s approval looming over negotiations, EU leaders are seeking reassurances from Johnson during this week’s summit that he has the political weight to push any new deal through the House of Commons, which is due to meet on Saturday for its first weekend session in almost 40 years.

Beyond the questions of disrupting to daily life, an open Irish border underpins both the local economy and the 1998 peace accord that ended decades of Catholic-Protestant violence in Northern Ireland. But once Britain exits, that border will turn into an external EU frontier that the bloc wants to keep secure.
The big question is how far Johnson’s government is prepared to budge on its insistence that the U.K., including Northern Ireland, must leave the EU’s customs union — something that would require checks on goods passing between the U.K. and the EU.
The alternative is to have checks in the Irish Sea between Britain and Northern Ireland. But Northern Ireland’s Democratic Unionist Party, the party that props up Johnson’s minority Conservative government, strongly opposes any measures that could loosen the bonds between Northern Ireland and the rest of the U.K.
Pro-Brexit Conservative British lawmaker David Davis says success in passing a Brexit deal rests on the stance of the DUP.
“If the DUP says ‘This is intolerable to us’ that will be quite important,” he said.
DUP leader Arlene Foster said the party had not yet consented to a deal. She tweeted: “Discussions continue. Needs to be a sensible deal which unionists and nationalists can support.”

Earthquake Probed as Possible Cause of So. California Fuel Fire