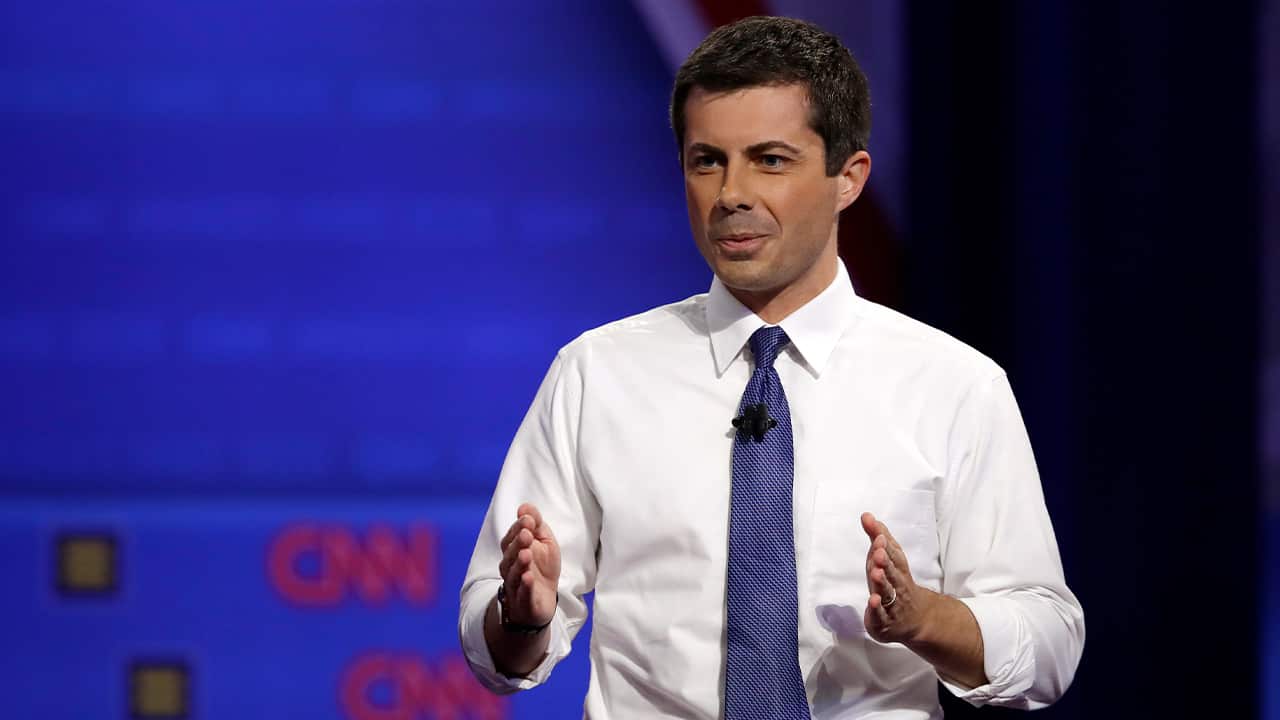 LOS ANGELES — Addressing an LGBTQ community fearful that their gains in equality are slipping, Democratic presidential candidates on Thursday promised an aggressive agenda to end workplace discrimination, improve health care and ensure protections for people who face threats, or worse, because of their sexual orientation or gender identity.

Joe Biden, one of the leading candidates in the race, recalled announcing his support for same-sex marriage as vice president ahead of President Barack Obama — “It caused no consternation at all,” he said — and talked about how his father schooled him to accept a relationship between two men because “they love each other.”
Elizabeth Warren, another top contender, earned a roar of laughter from the audience in a Los Angeles theater with her response to a question about how she would respond if someone told her marriage was between one man and one woman.
“I’m going to assume a guy said that,” she said, “And I’m going to say: Just marry one woman. I’m cool with that. Assuming you can find one.”
Democrats have aggressively courted LGBTQ people, who flocked to Democrat Hillary Clinton in the 2016 presidential campaign, and the forum — hosted by the Human Rights Campaign Foundation and broadcast partner CNN — underscored the growing importance of their votes. The 2020 campaign is unfolding at a time when polling shows significant backing for LGBT rights. A Gallup poll found that 71% support allowing transgender people to serve in the military, a stance at odds with Trump’s efforts to sharply restrict their military presence. Widespread Distress Within the Community

But there is also widespread distress within the community that gains in equality during Obama’s presidency are being eroded. The Trump administration has moved to restrict military service by transgender men and women, proposed allowing certain homeless shelters to take gender identity into account in offering someone a bed for the night and concluded in a 2017 Justice Department memo that federal civil rights law does not protect transgender people from discrimination at work.

The President ‘Stands in Solidarity With All LGBTQ Allies’

The New Jersey senator didn’t give a direct answer when asked if religious educational institutions should lose their tax-exempt status if they engage in discrimination against the LGBTQ community. “There have to be consequences for discrimination,” he said while declining to answer definitively.
But former Texas congressman Beto O’Rourke said categorically that churches, colleges and charities that oppose same-sex marriage should lose their tax-exemption status.
“There can be no reward, no benefit, no tax break for anyone or any institution, any organization in America, that denies the full human rights and the full civil rights of every single one of us,” O’Rourke said.
The Trump campaign said in a statement that the president “stands in solidarity with all LGBTQ allies and is dedicated to creating a safer and stronger America for all citizens regardless of their sexual orientation, gender, religion, race, or ethnicity.” The statement said that the administration has launched a global effort to end the criminalization of homosexuality and that Trump is dedicated to ending the HIV epidemic in the United States.
The Human Rights Campaign Foundation said it was the first time in history that a major cable news network had aired a presidential event devoted to LGBTQ issues.
“It’s very nice to say, ‘I support LBGT equality,’ but how do you overcome the challenges that we face in our community? That’s what we want to hear,” Human Rights Campaign President Alphonso David told reporters.
“We are not interested in the soundbites,” he added.