Ukraine President: 'No Blackmail' in Conversation With Trump 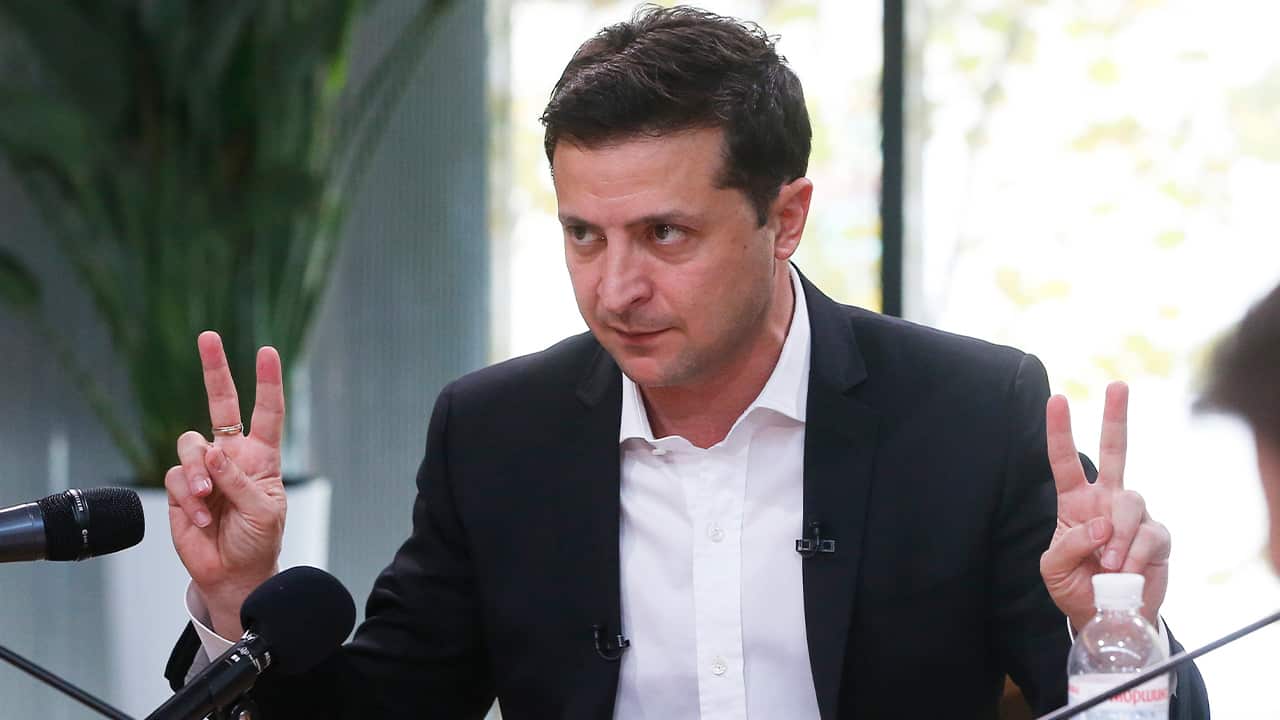 KYIV, Ukraine — Ukraine’s president insisted Thursday that he faced “no blackmail” from President Donald Trump in their phone call that led to an impeachment inquiry, distancing himself from the U.S. political drama and trying to claw back his own credibility.

Zelenskiy Appears to Be Playing to Both U.S. Political Camps

Zelenskiy met with journalists in groups of 10 on the second floor of a hip food hall built in an old factory in Ukraine’s capital. While he fielded questions in Ukrainian, Russian and English from journalists sitting with him around a table, others sat below eating.
At one point, he leaned over the railing to see a woman who shouted up that she had not yet received the government subsidies she needs to pay her utility bills and he promised to help. The event wrapped up after more than 10 hours, the 41-year-old president still going strong.
The July call embarrassed Zelenskiy because it showed him as eager to please Trump and critical of European partners whose support he needs to strengthen Ukraine’s economy and to end the conflict with Russia.
Zelenskiy said it was “wrong” of the White House to publish a rough transcript of the call and he will not publish the Ukrainian transcript. He said he “didn’t even check” whether the Ukrainian transcript is the same, but “I think they match.”
Trump tweeted Thursday that Zelenskiy’s comment that there was no blackmail during the July call “should immediately end the talk of impeachment!”
Zelenskiy appears to be playing to both U.S. political camps to ensure Ukraine has continued support no matter who wins the presidential election next year. On Thursday, he repeatedly stressed he had no interest in interfering in the U.S. presidential election.
“I don’t want to be pulled into this because I understand that my words could impact the elections of the American people,” he said.
Trump has said the United States has an “absolute right” to ask foreign leaders to investigate corruption cases.
Ukraine’s top prosecutor last week said his office would review several cases related to the owner of the gas company where Hunter Biden sat on the board, and Zelenskiy on Thursday invited U.S. and Ukrainian prosecutors to cooperate, but insisted he would not interfere.

Trump Said the Military Aid Was Frozen Because of Corruption Concerns

Final Blue Angels Show on West Coast is This Weekend