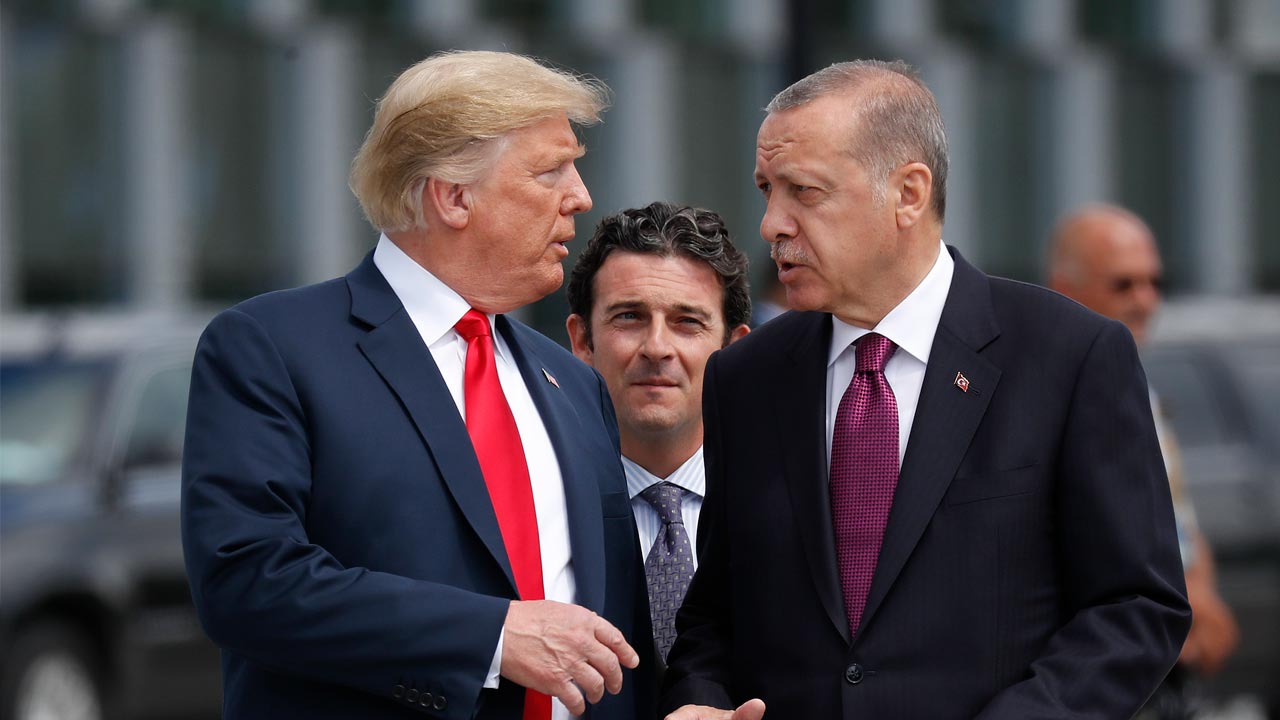 WASHINGTON — President Donald Trump’s sudden decision to pull back U.S. troops from northern Syria drew quick, strong criticism Monday from some of his closest allies in Congress. It was condemned, too, by Kurdish fighters who would be abandoned to face a likely Turkish assault after fighting alongside Americans for years against the Islamic State.
The announcement threw the military situation in Syria into fresh chaos and injected deeper uncertainty into U.S. relations with European allies. Republican Sen. Lindsey Graham called it “a disaster,” while Syria’s Kurds accused the U.S. of turning its back on allies and risking gains made in the yearslong fight against ISIS.

Trump defended his decision, acknowledging in tweets that “the Kurds fought with us” but adding that they “were paid massive amounts of money and equipment to do so.”
“I held off this fight for almost 3 years, but it is time for us to get out of these ridiculous Endless Wars, many of them tribal, and bring our soldiers home,” he wrote.
If the Turks go too far, he tweeted later, “I in my great and unmatched wisdom” will destroy their economy.
Hours after the White House announcement, two senior State Department officials minimized the effects of the U.S. action, telling reporters that only about two dozen American troops would be removed from the Turkey-Syria border, not all the U.S. forces in the northeast of the country. They also said Turkey may not go through with a large-scale invasion and the U.S. was still trying to discourage it.
Both officials spoke only on condition of anonymity to discuss what led to the internal White House decision.

Turkish President Recep Tayyip Erdogan has threatened for months to launch a military operation across the Syrian border. He views the Kurdish forces as a threat to his country. Both Republicans and Democrats in the U.S. have warned that allowing the Turkish attack could lead to a massacre of the Kurds and send a troubling message to American allies across the globe.
U.S. troops “will not support or be involved in the operation” and “will no longer be in the immediate area,” in northern Syria, White House press secretary Stephanie Grisham said in an unusual late-Sunday statement that was silent on the fate of the Kurds.
There are about 1,000 U.S. troops in northern Syria, and a senior U.S. official said they will pull back from the area — and could depart the country entirely should widespread fighting break out between Turkish and Kurdish forces. For the moment, the U.S. troops are not leaving Syria, officials said.
A U.S. official confirmed that American troops were already moving out of the security zone area, which includes the Syrian towns of Ras al-Ayn and Tal Abyad. That official was not authorized to speak for the record and was granted anonymity to comment.

Republican Sen. Graham of South Carolina said he would call for Turkey’s suspension from NATO and introduce sanctions against Ankara if the Turks attack Kurdish forces.
“This decision to abandon our Kurdish allies and turn Syria over to Russia, Iran, & Turkey will put every radical Islamist on steroids. Shot in the arm to the bad guys. Devastating for the good guys,” Graham wrote in a tweet.
Trump’s move appeared to take even his closest allies by surprise during a pivotal moment of his presidency. House Democrats are marching forward with their impeachment inquiry into whether he compromised national security or abused his office by seeking negative information on former Vice President Joe Biden, a political rival, from foreign countries.
House Minority Leader Kevin McCarthy, R-Calif., did say Monday in an appearance on “Fox & Friends” that he had been briefed by the president about the decision. But he also said he had concerns.
“I want to make sure we keep our word for those who fight with us and help us,” he said, adding that, “If you make a commitment and somebody is fighting with you, America should keep their word.”

Former Trump administration officials also expressed alarm.
Nikki Haley, who served as U.S. ambassador to the United Nations, said the U.S. “must always have the backs of our allies, if we expect them to have our back. … Leaving them to die is a big mistake.”
And Brett McGurk, a former senior diplomat who was the special envoy for the U.S.-led anti-Islamic State coalition until he resigned in protest, accused Trump of leaving “our allies exposed when adversaries call his bluff or he confronts a hard phone call.”
Sunday’s announcement followed a call between Trump and Erdogan, the White House said Sunday.

The decision is an illustration of Trump’s focus on ending American overseas entanglements — one of his key campaign promises. His goals of swift withdrawals in Syria, Iraq and Afghanistan have been stymied.
As he faces the impeachment inquiry at home, Trump has appeared more focused on making good on his political pledges, even at the risk of sending a troubling signal to American allies abroad.
In December, Trump announced he would withdraw American troops from Syria but was met with widespread condemnation for abandoning Kurdish allies. That announcement prompted the resignations in protest of Defense Secretary Jim Mattis and McGurk, and an effort by then-national security adviser John Bolton to try to protect the Kurds.
Since January, U.S. officials have tried to broker the creation of a “safe zone” in northern Syria to provide a security buffer between the Turkish military and Kurdish forces, but Turkey has repeatedly objected to its slow implementation.
Turkey considers the People’s Protection Units, or YPG, an extension of the Kurdistan Workers’ Party, or PKK, which has waged an insurgency against Turkey for 35 years.

Kurdish-led Syrian Democratic Forces threatened to respond forcefully to any Turkish incursion.
A Kurdish official speaking on condition of anonymity said Monday the Kurds expected a limited Turkish operation and were still working to ascertain what will happen with American forces in the region.

The White House said Turkey will take custody of foreign fighters captured in the U.S.-led campaign against the Islamic State group who have been held by the Kurdish forces supported by the U.S.
The Kurds have custody of thousands of captured Islamic State militants. They include about 2,500 highly dangerous foreign fighters from Europe and elsewhere whose native countries have been reluctant to take them back and another 10,000 or so captured fighters from Syria and Iraq.
Trump has repeatedly demanded that European countries, particularly France and Germany, take back their citizens who joined the militant organization. He wrote Monday that it will now be up to countries in the region to decide what to do with captured fighters, and warned of retribution in response to any future attacks.
“We are 7,000 miles away and will crush ISIS again if they come anywhere near us!” he wrote.
IS was defeated in Iraq in 2017. In Syria it lost its last territory in March, marking the end of the extremists’ self-declared caliphate. Despite these battlefield defeats, IS sleeper cells have continued to launch attacks in Iraq and Syria.

Depositions and More: What to Watch on Impeachment This Week