On Sept. 25, the U.S. scored a significant trade win over China while strengthening our relations with many other industrialized countries and even the United Nations. The valuable lessons learned and successful negotiating practices augur optimism, even enthusiasm, that our broader trade discussions with China will succeed. 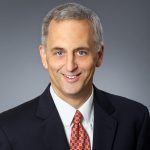 At issue was renegotiation of a global postal accord at the Universal Postal Union (UPU), a 192-country organization affiliated with the United Nations. The Trump administration began a concerted campaign in August 2018 to end its bizarre system by which small packages sent from China to the United States cost half as much as sending identical packages a short distance within the United States.

Starting in July 2020, the U.S. Postal Service will be able to cover its costs, effectively charging China the same for its services that it does U.S. customers. This will eliminate a $300 milllion to $500 million annual financial loss for the Postal Service.

More important, it will be the catalyst for increased sales of U.S.-made goods. Manufacturers, retailers and e-commerce companies will have billions in increased annual revenues that will also result in more jobs and higher tax revenues.

There are seven important lessons to learn from America’s UPU victory.

—Be blunt. The United States was very clear to the UPU and others that the current system was no longer tolerable. This included numerous op-eds and candid media interviews with Peter Navarro, assistant to President Trump and director of trade and manufacturing policy.

—Be fair. The United States had an eminently clear and reasonable goal: get China and a handful of other countries that benefit from the current system to pay their fair share for the services they use from the U.S. Postal Service.

—Set deadlines. Before last month’s deal at the UPU, the United States was prepared to pull out of the organization on October 17. We had provided the required year’s advance notice to the UPU.

—Work with allies. The United States brought together dozens of countries that were also dissatisfied with the UPU system and similarly affected by the previous system. These countries are now able to raise their rates to China, though less dramatically than the United States can.

—Have contingency plans. The United States was poised to leave the UPU on October 17, had an agreement not been struck. We had been negotiating numerous bilateral agreements, particularly with the dozens of countries that shared our postal views and where agreements were highly likely to be executed and seamlessly implemented.

—Bring the A-Team to discussions. The U.S. success at the UPU is due in good part to the presence of Navarro at its Extraordinary Congress, September 24-26. Through rigorous and exhausting discussions, an agreement was struck that even China could support, and which passed the UPU by overwhelming acclamation.

By taking these lessons to heart and building upon them, the United States can obtain a fairer trade agreement with China, which will be mutually beneficial to both countries. Strong, clear and persistent negotiations are the essentials.

Paul Steidler is a senior fellow with the Lexington Institute, a public policy think tank in Arlington, Va. He wrote this for InsideSources.com.