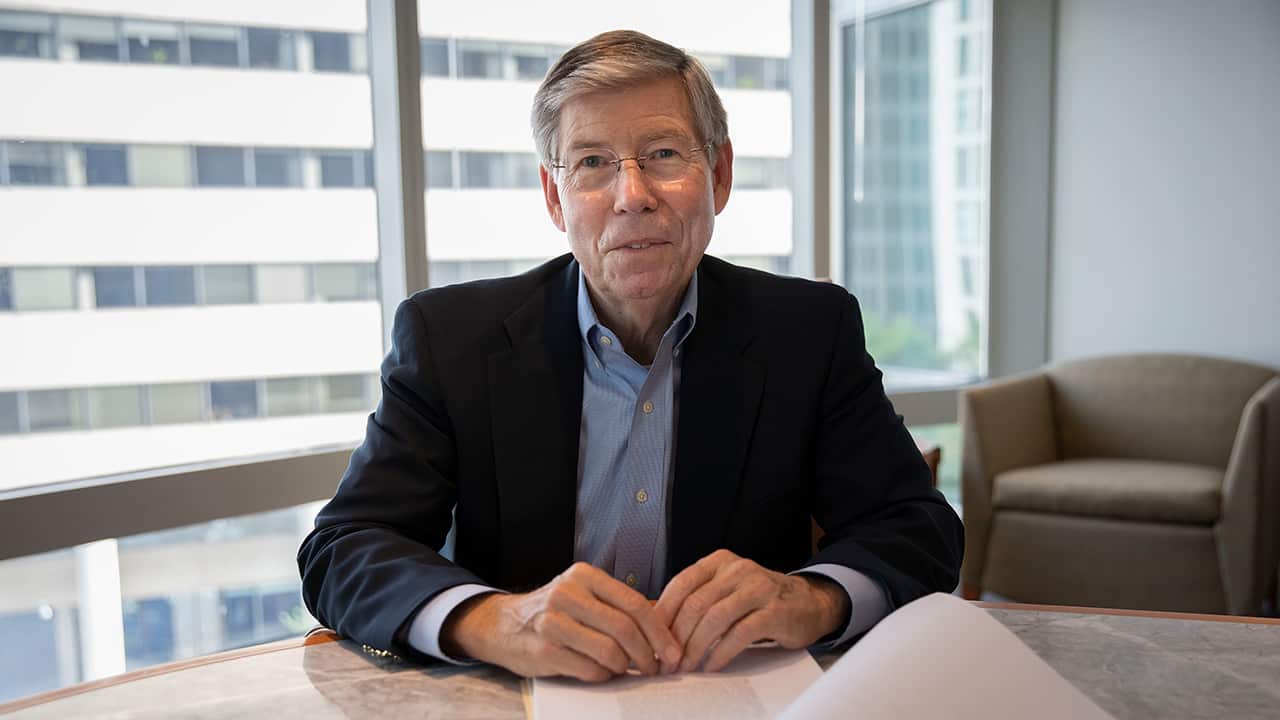 WASHINGTON — Some have regrets. A few can’t talk about it. Others would do it all again.
But the Republicans who carried out President Bill Clinton’s impeachment in 1998 are unanimous in urging caution and restraint as Congress embarks on yet another impeachment struggle, this time over accusations that President Donald Trump pressured Ukrainian President Volodymyr Zelenskiy to investigate his political rival Joe Biden and Biden’s son.

The managers during Clinton’s impeachment were all solidly conservative white men. Most are out of politics. A few are judges. Some do some lobbying, while others have simply retired. The chairman, Henry Hyde of Illinois, died in 2007.
The best-known is Lindsey Graham, a former Air Force prosecutor who was among those most aggressively gunning for Clinton. In 1999, speaking from the well of the Senate, the South Carolina congressman made the case: “Impeachment is not about punishment. Impeachment is about cleansing the office. Impeachment is about restoring honor and integrity to the office.”
Now a senator, Graham seems to be part of the defense rather than the prosecution
“I have zero problems with this phone call” with Zelenskiy, Graham said on CBS’ “Face The Nation.”

The most senior of two Clinton prosecutor remaining in the House is Rep. Jim Sensenbrenner of Wisconsin, a 41-year veteran of Congress who is retiring at the end of next year. He insists charges that Trump abused his office are nowhere near being proven and reminded that even the GOP-controlled House didn’t approve an abuse of office charge against Clinton.
Clinton impeachment manager Steve Chabot, R-Ohio, wasn’t eager to take a walk down memory lane when encountered in the Capitol last week, though he predicted any possible impeachment would wind up in a Senate acquittal.
In 1998, independent counsel Ken Starr offered up two vanloads of testimony and evidence, effectively dropping the full case for impeachment in Congress’ lap.
“I think that Starr’s report, which said that the president may have committed impeachable offenses, obligated the Judiciary Committee and the House of Representatives to conduct an inquiry to see if that was the case,” Sensenbrenner said in an interview. Congress had removed judges in comparable perjury cases, he said.
History is calling again, this time with accusations that Trump abused his power to help his political fortunes.

Democrats Say They Already Have Their ‘Smoking Gun’

Sensenbrenner in July aggressively questioned special counsel Robert Mueller, whose report didn’t find criminal wrongdoing by the president in Russia’s 2016 election interference but spelled out 10 instances in which Trump may have obstructed the probe. Mueller didn’t indict Trump, citing Justice Department guidelines against charging a sitting president. Nor did he say whether impeachment could be a remedy.
“You didn’t use the words ‘impeachable conduct’ like Starr did,” Sensenbrenner told Mueller. “Even the president is innocent until proven guilty.” Mueller said his mandate didn’t include offering opinions on other remedies like impeachment.

‘The Allegations Raised Should Be Taken Seriously’

“The facts have to be developed,” Hutchinson told the Arkansas Democrat Gazette on Saturday, in little-noticed remarks that amount to apostasy in today’s GOP. “The allegations raised should be taken seriously.”
Three of the other former managers are now on the bench. Former Rep. Ed Bryant, R-Tenn., is a federal district court judge, while Charles Canady, R-Fla., and James Rogan, R-Calif., serve on state courts.
Rogan cheerfully responded to an email seeking an interview but said he couldn’t comment.
“I would like to help you, but I fear I am rather hamstrung by our Canons of ethics,” Rogan said. “Not only am I precluded from discussing anything related to the current situation, I am precluded from saying anything that might be interpreted that way (such as giving advice).”
Then there’s former Rep. Bob Inglis, a Republican from South Carolina who wasn’t an impeachment manager but forced a Judiciary Committee discussion on easily the most vulgar accusation levied against Clinton for his conduct. He seemed almost sheepish when encountered in the Capitol recently.

“We made a mistake” impeaching Clinton, Inglis said, adding that the substance of the matter “wasn’t so very consequential.”
“I can say that now, in retrospect — I didn’t think that at the time — but I think that was because I was probably sort of blinded by my dislike of President Clinton, you know, and wanting to stop him,” Inglis said. “So there may be some similarities there in this scenario.”
“If somebody’s the president of the United States and they do something that’s bad enough, then even their own followers are generally going to turn on them,” McCollum said. “And that’s not happened yet. It happened with Nixon. That did not happen with Clinton and that does not appear to me to be likely to be happening with Trump, at least on the facts that are out there right now.”
Related Topics:CongressimpeachmentPresident Bill ClintonPresident Donald TrumpRepublicansUkrainian President Volodymyr Zelenskiy
Up Next

Mother Allegedly Tried to Smuggle Meth With Son, 6, in Car