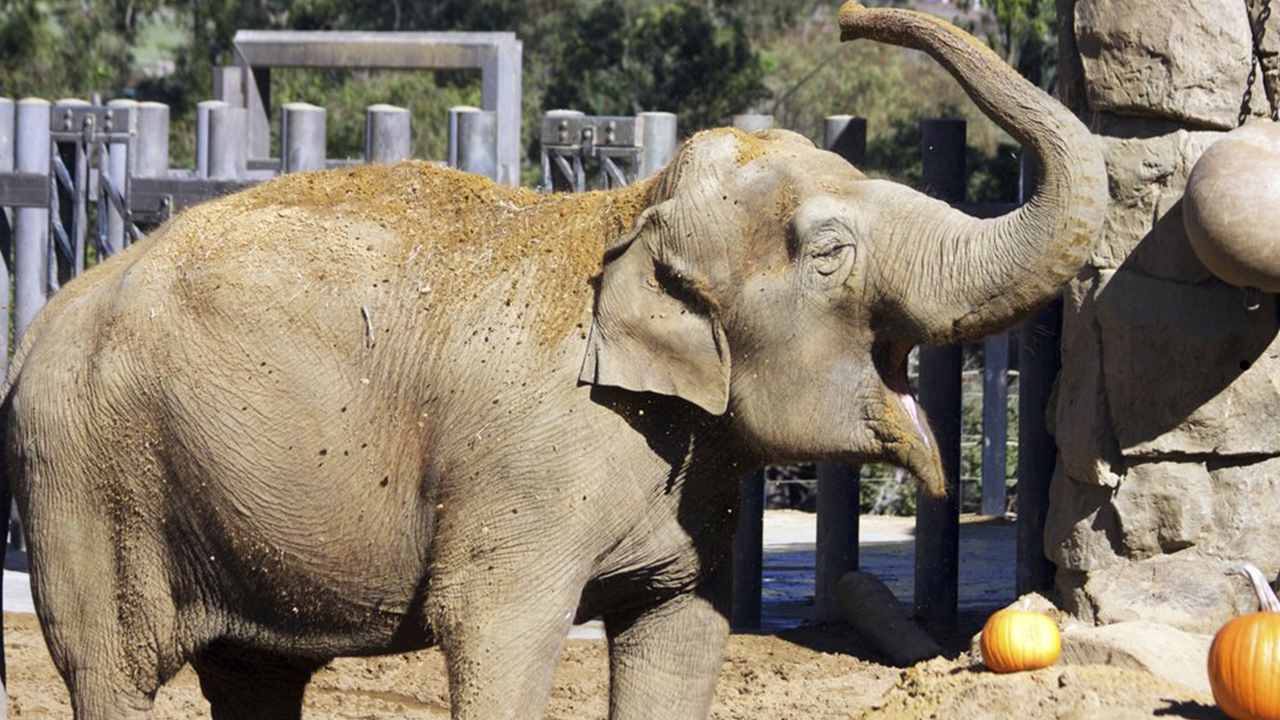 SANTA BARBARA — Little Mac, a 48-year-old Asian elephant that was a fixture at the Santa Barbara Zoo for nearly all her life, was euthanized this week after a sharp decline in health, officials said.

“She continued to decline in spite of our best efforts, especially in the past two weeks. We had exhausted the medical options available that would allow her to have a good quality of life. It was time to let her go.” —  Julie Barnes, the zoo’s vice president of animal care and health

The zoo said Little Mac was euthanized around 7 p.m. Wednesday in her exhibit yard, surrounded by keepers and staff who cared for her over the years.

She had been in what the zoo called hospice care after chronic problems with her teeth and arthritis in her legs were compounded by the onset of other medical problems in June, said Julie Barnes, the zoo’s vice president of animal care and health.

“She continued to decline in spite of our best efforts, especially in the past two weeks,” Barnes said in a statement. “We had exhausted the medical options available that would allow her to have a good quality of life. It was time to let her go.”

Little Mac came to the zoo from Mysore, India, in 1972 with another female Asian elephant in exchange for six California sea lions.

Her Companion, Sujatha, Was 47 When She Was Euthanized

At the time she was a 1½-year-old, 4-foot-tall apparent orphan found in a forest.

She was named by Herb Peterson, the owner of several Santa Barbara-area McDonald’s restaurants who paid for the airline flight.

Her companion, Sujatha, had been born to an elephant that worked in a logging camp.

Barnes said that Little Mac hadn’t shown any signs of depression or concerning behaviors after Sujatha’s death and if she hadn’t suddenly declined she likely would have been considered for transfer to a sanctuary or other facility where she could have been introduced to other elephants.

Her death marks the end of the Santa Barbara Zoo’s elephant program.

The zoo noted that it is offering staff and visitors resources for dealing with grief.

US Official: Trump’s Special Envoy to Ukraine Has Resigned