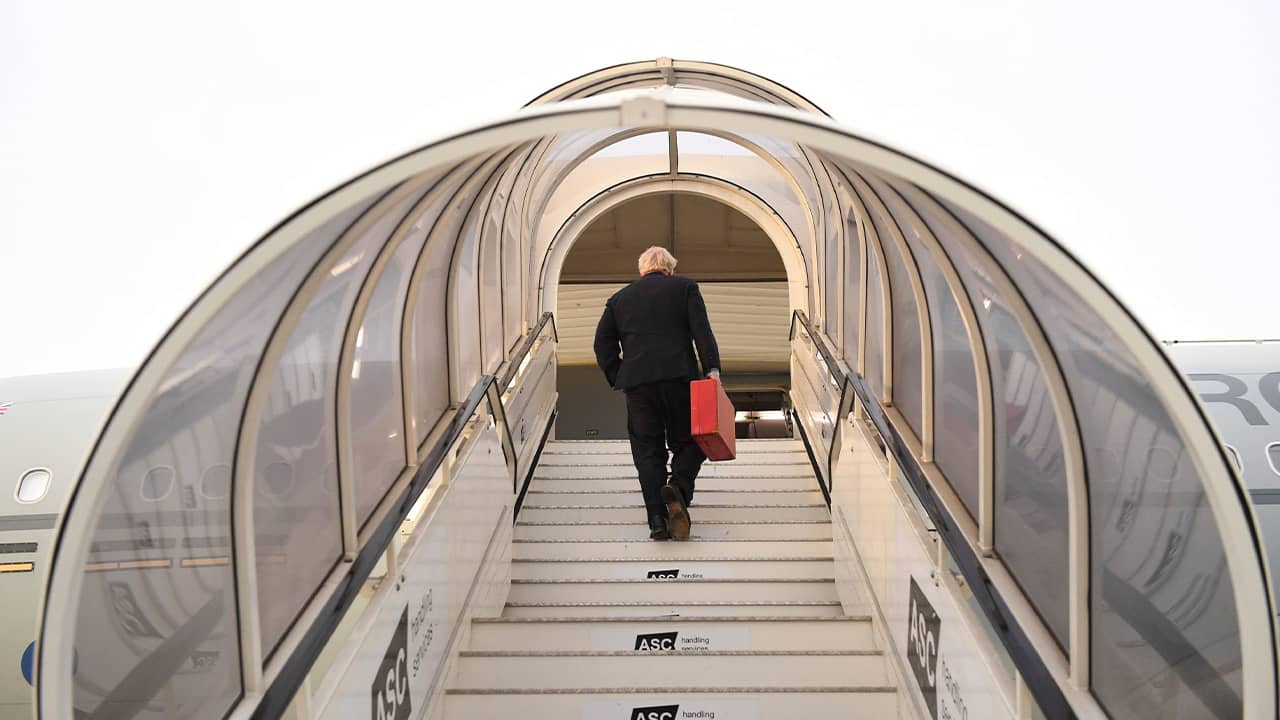 NEW YORK — Britain has concluded that Iran was responsible for attacks on oil facilities in Saudi Arabia, U.K. Prime Minister Boris Johnson said Sunday. He said the U.K. would consider taking part in a U.S.-led military effort to bolster the Gulf kingdom’s defenses, while Iran’s president announced plans for a rival Iranian-led security coalition.
The U.K. Conservative prime minister also said the he would work with allies to “de-escalate” Middle East tensions that have soared since the Sept. 14 attack on the world’s largest oil processor and an oil field.

Johnson Stressed the Need for a Diplomatic Response

Iran’s president had already called on Western powers Sunday to leave the security of the Persian Gulf to regional nations led by Tehran.
Johnson said he would meet Rouhani at this week’s high-level U.N. gathering. Johnson is also due to hold talks with U.S. President Donald Trump, German Chancellor Angela Merkel and French President Emmanuel Macron. He said he wanted Britain to be “a bridge between our European friends and the Americans when it comes to the crisis in the Gulf.”
The U.S. and Europe have diverged sharply on how to deal with Iran. European nations, including Britain, still adhere to an international deal designed to limit Iran’s nuclear ambitions, but Trump has pulled the U.S. out of the agreement.
Johnson stressed the need for a diplomatic response to the Gulf tensions, but said Britain would consider any request for military help. The Trump administration announced Friday that it would send additional U.S. troops and missile defense equipment to Saudi Arabia and the United Arab Emirates as part of a “defensive” deployment. Officials said the number of troops was likely to be in the hundreds.
“We will be following that very closely,” Johnson said. “And clearly if we are asked, either by the Saudis or by the Americans, to have a role, then we will consider in what way we could be useful. We will consider in what way we could be useful, if asked, depending on what the exact plan is.”
A U.K. official told The Associated Press that a claim of responsibility for the attacks by Iran-allied Houthi rebels in Yemen was “implausible.” He said remnants of Iran-made cruise missiles were found at the attack site, and “the sophistication points very, very firmly to Iranian involvement.” He spoke on the condition of anonymity to discuss intelligence findings.
The official did not say whether Britain believed the attack was launched from Iranian soil.
Iran denies responsibility and has warned any retaliatory attack targeting it will result in an “all-out war.” 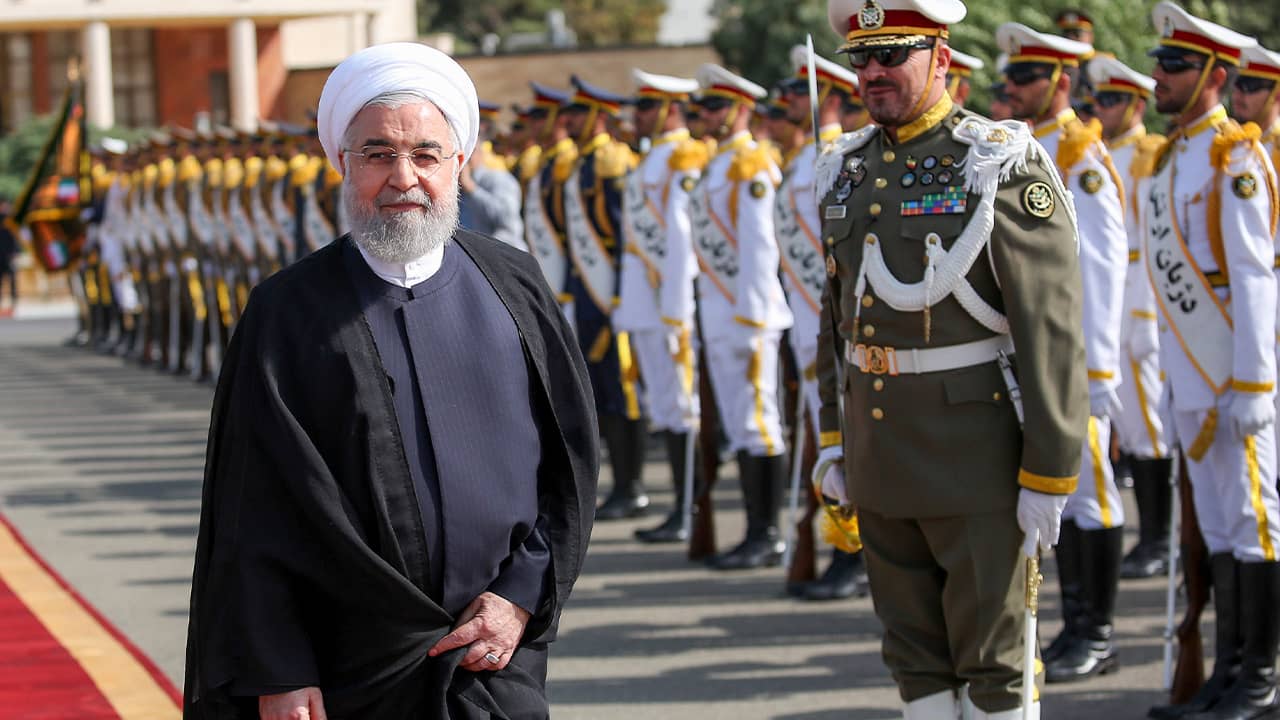 In this photo released by the official website of the office of the Iranian Presidency, President Hassan Rouhani reviews an honor guard at the Mehrabad airport while leaving Tehran, Iran, for New York to attend United Nations General Assembly, Monday, Sept. 23, 2019. Rouhani, before traveling to attend the U.N. meetings, said Monday that Iran will invite “all littoral states of the Persian Gulf” to join its coalition “to guarantee the region’s security.” (Iranian Presidency Office via AP)

Rouhani Referred to a New Round of U.S. Sanctions on Iran’s Central Bank

On Monday, Rouhani said the U.S. was exaggerating the scale of damage wrought by the attacks on Saudi Arabia’s oil company and using it as an excuse to send more troops and equipment to the kingdom.
“It is clear that they would like to completely take hold of eastern Saudi Arabia’s oil,” he said.


“It is clear that they would like to completely take hold of eastern Saudi Arabia’s oil.” — President Hassan Rouhani
Rouhani also referred to a new round of U.S. sanctions on Iran’s central bank and other financial bodies as a “repeat cassette tape.”
Many of the sanctions had applied before Tehran’s 2015 nuclear deal with world powers promised to lift them, in exchange for curbing the country’s atomic program.
“This means the U.S. is completely desperate,” he said, suggesting the U.S. had little leverage left over Iran.
Meanwhile Monday, Iran’s government spokesman Ali Rabiei said legal proceedings against a British-flagged oil tanker held by Tehran since July have concluded, though he doesn’t know when the vessel will leave.
However, the Stena Impero has not turned on its satellite-tracking beacon in 58 days nor has there been any sign that it has left its position off the Iranian coast near the port city of Bandar Abbas. Stena Bulk, the ship’s Swedish owners, also has not said anything about the ship’s departure.
Iran’s Revolutionary Guard seized the Stena Impero in July after authorities in Gibraltar seized an Iranian crude oil tanker. That ship has since left Gibraltar, leading to hopes the Stena Impero would be released.

US Universities See Decline in Students From China