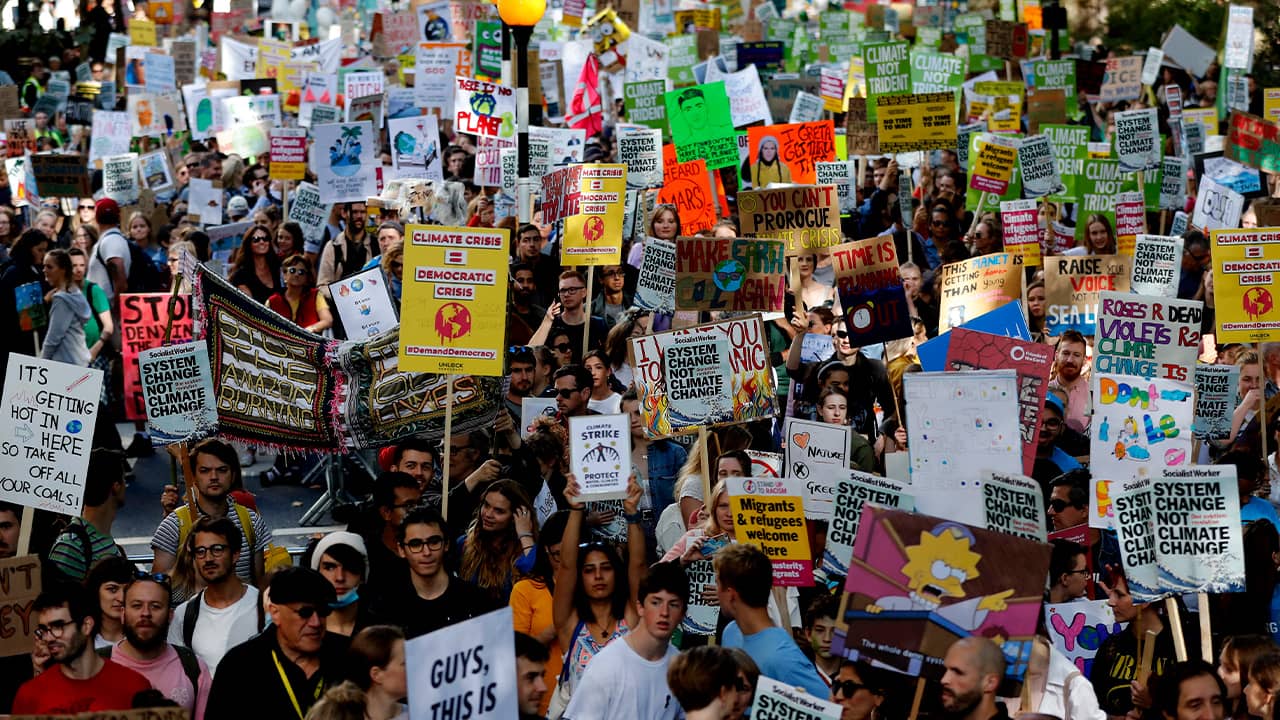 BERLIN — From Canberra to Kabul and Cape Town to Berlin and across the globe, hundreds of thousands of young people took the streets Friday to demand that leaders tackle climate change in the run-up to a U.N. summit.
Many were children who skipped school to take part in the second “Global Climate Strike,” following a similar event in March that drew large crowds.


Related Story: Sailing to America: Teen to Bring Her Climate Activism to US 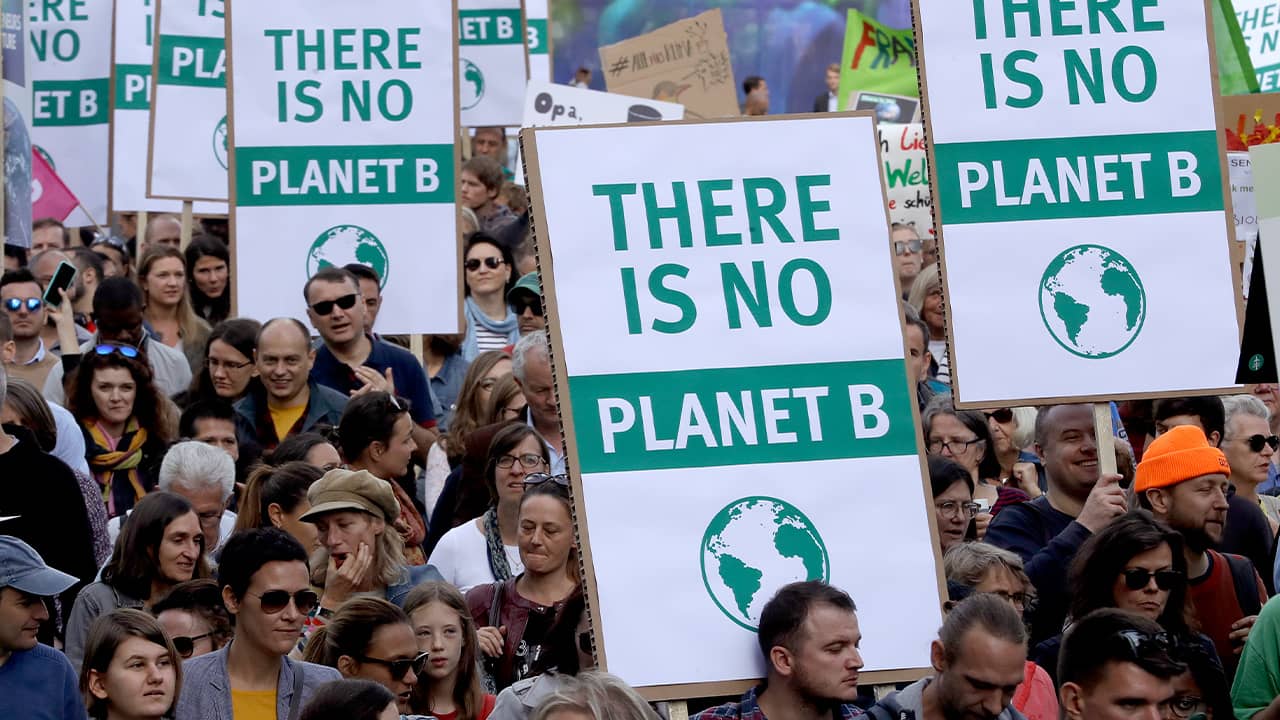 People attend a ‘Fridays For Future’ rally in Frankfurt, Germany, Friday, Sept. 20, 2019. Protests of the ‘Fridays For Futurte’ movement against the increase of carbon dioxide emissions take place on Friday in cities around the globe. In the United States more than 800 events are planned Friday, while in Germany more than 400 rallies are expected. (AP Photo/Michael Probst)

Hundreds of rallies took place across Europe, including in the Czech Republic, Germany, Britain and Poland, which is still widely coal-reliant and where many middle schools gave students the day off to enable them to participate in the rallies in Warsaw and other cities.
In Berlin, police said more than 100,000 people gathered in front of the capital’s landmark Brandenburg Gate, not far from Chancellor Angela Merkel’s office where the Cabinet thrashed out the final details of a 54 billion euro ($60 billion) plan to curb Germany’s greenhouse gas emissions .
Thousands of schoolchildren and their adult supporters demonstrated in London outside the British Parliament to demand “climate justice” and stronger action to tackle global warming. Some held home-made placards with slogans including “Don’t be a fossil fool” and “Make our planet Greta again,” in a reference Thunberg.
The British government said it endorsed the protesters’ message, but didn’t condone skipping school — a stance that didn’t sit well with some of the young protesters.
“If politicians were taking the appropriate action we need and had been taking this action a long time ago when it was recognized the world was changing in a negative way, then I would not have to be skipping school,” said Jessica Ahmed, a 16-year-old London student.
In Helsinki, the Finnish capital, a man dressed as Santa Claus stood outside parliament holding a sign: “My house is on fire, my reindeer can’t swim.”
Smaller protests took place in Asia — including Japan, South Korea, the Philippines, Hong Kong and India.
“We need to reclaim our constitutional right to clean air and water,” said Aman Sharma, a 16-year-old protester in India’s capital of New Delhi. 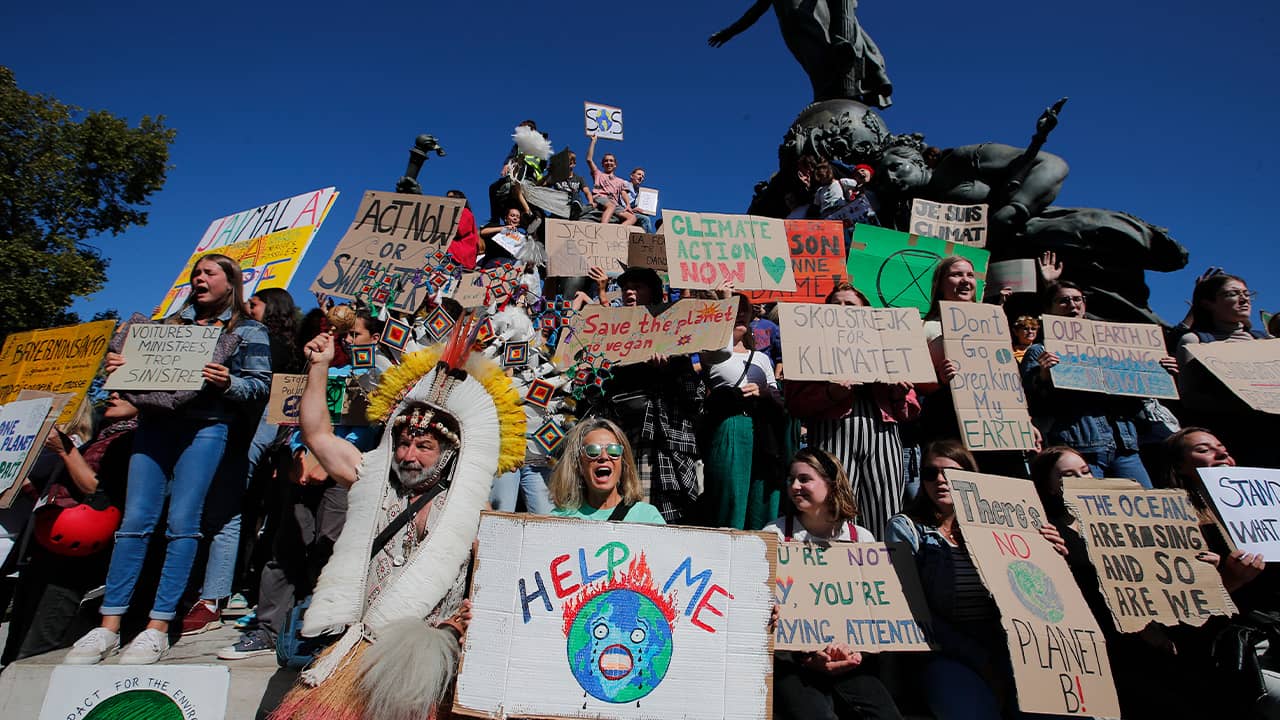 Youths gather at Nation square at the start of a climate demonstration Friday, Sept. 20, 2019 in Paris. In Canberra and Kabul, Cape Town and Berlin, and across the globe, hundreds of thousands of people took the streets Friday to demand that leaders tackle climate change in the run-up to a U.N. summit. (AP Photo/Francois Mori)

Africa Is the Most Vulnerable Continent to Climate Change

In Tokyo, hundreds of students and environmental activists marched through the business and shopping district of Shibuya, chanting “Climate Justice!” while holding hand-painted placards made of cardboard with messages such as “Go Green,” ”Save the Earth,” and “the Earth is on fire.”


Related Story: Many Kids Take a Passion for the Planet Back to School

Climate change “is worse than homework,” one sign proclaimed.
Africa is the most vulnerable continent to climate change and the least equipped to deal with it, experts have said. Governments have pleaded for more support from the international community.
More rallies were planned later Friday in the United States, where organizers say more than 800 events were expected.
Related Topics:Australiachildrenclimate changedemonstrationGlobal Climate StrikeGreta ThunbergprotestersU.N. summit
Up Next