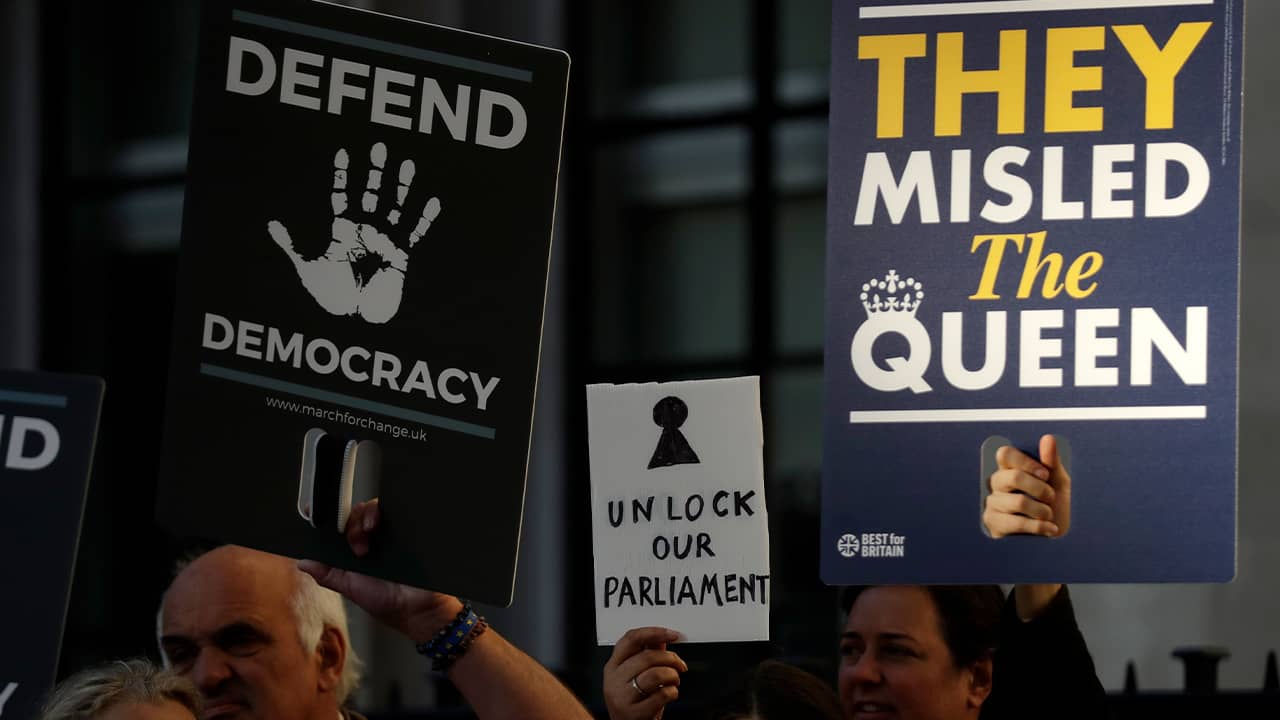 LONDON — The British government and its opponents faced off Tuesday at the U.K. Supreme Court in a high-stakes legal drama over Brexit that will determine whether new Prime Minister Boris Johnson broke the law by suspending Parliament at a crucial time ahead of Britain’s impending departure from the European Union.
As pro-EU and pro-Brexit protesters exchanged shouts outside the court building on London’s Parliament Square, the government’s opponents argued that Johnson illegally shut down Parliament just weeks before the country is due to leave the 28-nation bloc for the “improper purpose” of dodging lawmakers’ scrutiny of his Brexit plans. They also accused Johnson of misleading Queen Elizabeth II, whose formal approval was needed to suspend the legislature.

“I’m not in a position to comment on that,” he said.
The prime minister says Britain must leave the EU at the end of next month with or without a divorce deal. But many U.K. lawmakers believe a no-deal Brexit would be economically devastating and socially destabilizing, and are determined to thwart him.
Lawyer David Pannick, who represents one of the campaigners challenging the government, told 11 Supreme Court judges that Johnson had improperly suspended the legislature “to silence Parliament … because he sees Parliament as an obstacle to the furtherance of his political aims.”
Johnson says the suspension is routine, and will allow his government to launch its domestic agenda with a new session of Parliament. But the decision outraged many lawmakers, who say it’s designed to prevent them from challenging Johnson’s push for Brexit in October “do or die.”
The suspension sparked legal challenges, to which lower courts have given contradictory rulings. England’s High Court said the move was a political rather than legal matter, but Scottish court judges ruled last week that Johnson acted illegally “to avoid democratic scrutiny.”
The Supreme Court is being asked to decide who was right, in a case scheduled to last up to three days. It is considering two questions: Is this a matter for the courts; and, if so, did the government break the law? 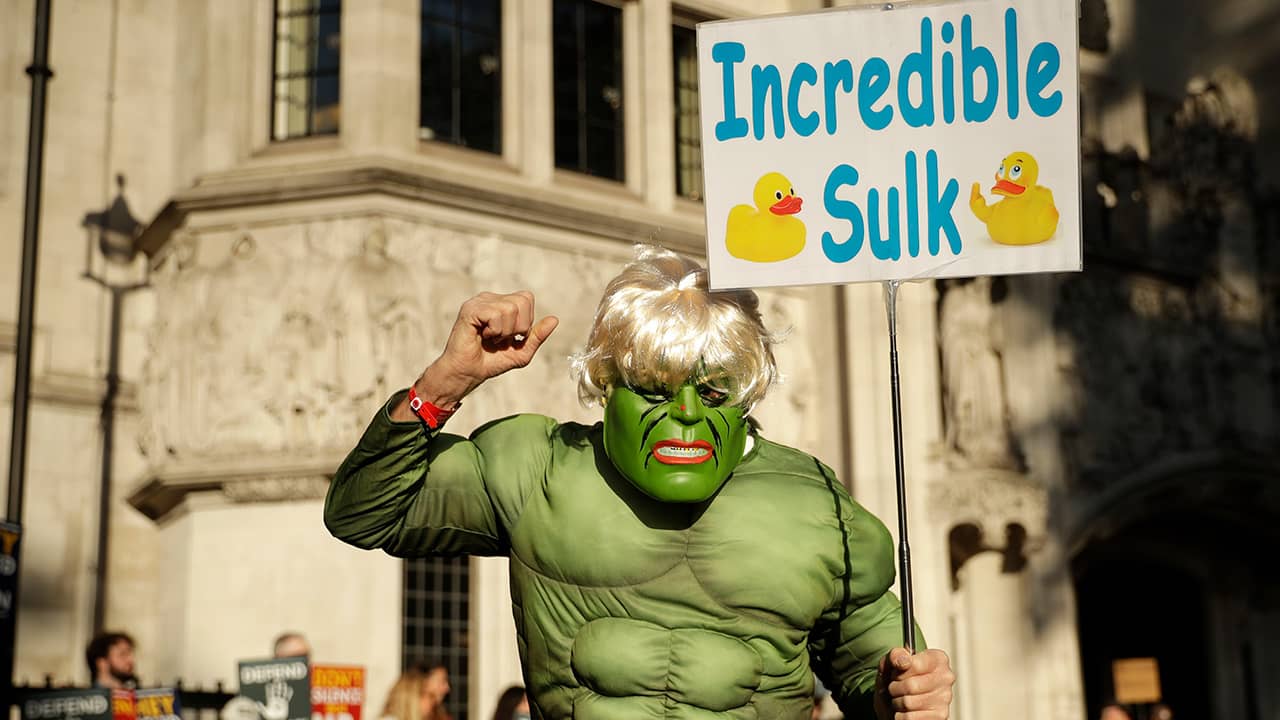 Protesters hold banners outside the Supreme Court in London, Tuesday Sept. 17, 2019. The Supreme Court is set to decide whether Prime Minister Boris Johnson broke the law when he suspended Parliament on Sept. 9, sending lawmakers home until Oct. 14 — just over two weeks before the U.K. is due to leave the European Union. (AP Photo/Matt Dunham)

The Latest Twist in Brexit Saga

The government denies misconduct. Its lawyers argued in a written submission that the issue is “intrinsically one of high policy and politics, not law.”
Keen, acting for the government, told the court that the Scottish judges “have simply gone where the court should not go.”
Keen insisted there was nothing improper in the government’s behavior. He said there were previous cases of British governments suspending Parliament “for political reasons” and for “extensive periods of time.”
But Pannick, attorney for transparency advocate Gina Miller, told the court it was a fundamental constitutional principle that “Parliament is sovereign and the executive is accountable to Parliament.”
He said the five-week suspension of Parliament was the longest for decades, and called it “remarkable” that the prime minister had not submitted a witness statement to the court outlining his reasons. He said, in the absence of a sworn statement, “we say the court should infer that there is no answer” to the allegation that Johnson acted improperly.
Pannick, however, stressed that he wasn’t criticizing Britain’s 93-year-old monarch in the case. “Her majesty acted on the advice of her prime minister,” he said.
The case is the latest twist in a Brexit saga that has divided British politicians and the public for more than three years, since the country narrowly voted in 2016 to leave the EU.

‘There Is No Proposal From the British Side on the Table’

Protesters with signs reading “reopen Parliament” and “defend our democracy” rallied outside the courthouse across from the Houses of Parliament, alongside a performer painted green and wearing a blond wig who called himself “The Incredible Sulk.” Johnson told a newspaper over the weekend that the U.K. would break free of the EU “like the Hulk.”