US Hiring Slow but Steady Amid Trade War and Global Weakness 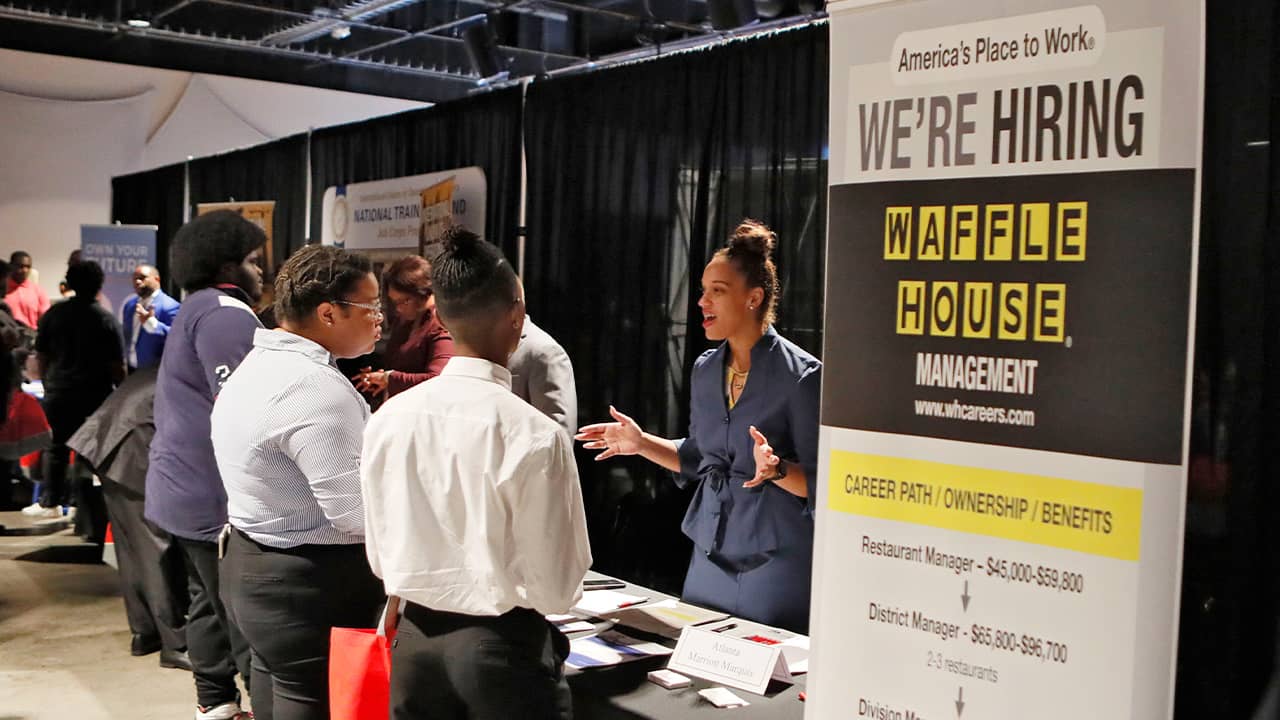 WASHINGTON — U.S. employers added a modest 130,000 jobs in August, a sign that hiring has slowed but remains durable in the face of global economic weakness and President Donald Trump’s trade war with China.
The unemployment rate remained 3.7% for a third straight month, the Labor Department said Friday, near the lowest level in five decades. And more Americans entered the workforce in August, a positive development that increased the proportion of adults who are either working or seeking work to its highest level since February.
August’s job gain was boosted by the temporary hiring of 25,000 government workers for the 2020 Census. Excluding all government hiring, the economy added just 96,000 jobs in August, the fewest since May.
Yet the monthly jobs report provided some positive signals: Average hourly pay, for example, rose 11 cents in August to $28.11, up 3.2% from a year earlier. That is easily ahead of inflation and increases Americans’ spending power.
The slower pace of hiring does suggest that Trump’s trade war with China might be discouraging some companies from hiring. Still, even with more moderate job growth, rising employment and paychecks are expected to continue to fuel consumer spending, the primary driver of growth. The economy’s expansion has entered its 11th year, the longest on record.
And for now, Americans are still spending. Consumer spending rose in the April-June quarter by the most in five years. It had also increased at a healthy clip in July.
That is especially significant now because many businesses have cut their spending and delayed expansion and investment given their uncertainty about the duration and impact of the trade war. In addition, retaliatory tariffs from China have cut into U.S. exports.

Companies Are Having a Harder Time Finding Qualified Workers


“With slower, but still-solid job gains and good wage growth, households will continue to spend. The U.S. economy should avoid recession.” — Gus Faucher, chief economist at PNC
Over the past six months, employers have added an average of 150,000 jobs, down from an average of 223,000 last year. In its report Friday, the government revised down its estimate of job growth for June and July by a combined 20,000. Downward revisions can be a cautionary sign that hiring will keep slowing. For now, though, job gains at the current six-month pace are enough to lower the unemployment rate over time.
One reason hiring is slipping is that with the unemployment rate so low, companies are having a harder time finding qualified workers. The solid wage gain in August suggests that more businesses are deciding that they need to offer higher pay to attract and keep employees.
“That’s a sign we’re in pretty good shape here,” said Drew Matus, an economist at Metlife Investment Management.
A report by the Federal Reserve this week based on interviews with business executives found that companies and staffing firms think a lack of available workers is restraining growth.
Mike Bitar, managing director of the recruiting firm Protis Global, said the businesses he works with — mostly beverage companies, consumer goods makers and restaurants — are still pushing to hire more people.
“We have not seen any slowdown at all,” he said.
Bitar tells clients that if they want to hire managers who don’t require any training, they’ll have to pay more — up to 10% to 15% higher than the typical salary for that position, given the tight labor market. If they’re willing to train new managers, he said, they can avoid paying the premium.

U.S. And Chinese Officials Plan to Meet in Early October

In Friday’s jobs report for August, the unemployment rate for African-Americans fell to 5.5%, a record low. Trump has repeatedly highlighted that decline, which has been steady since the Great Recession ended in 2009. In August, however, the rate fell because more African-Americans stopped looking for work and were no longer counted as unemployed.

Sacramento to Pay $2.4M to Young Sons of Man Shot by Police