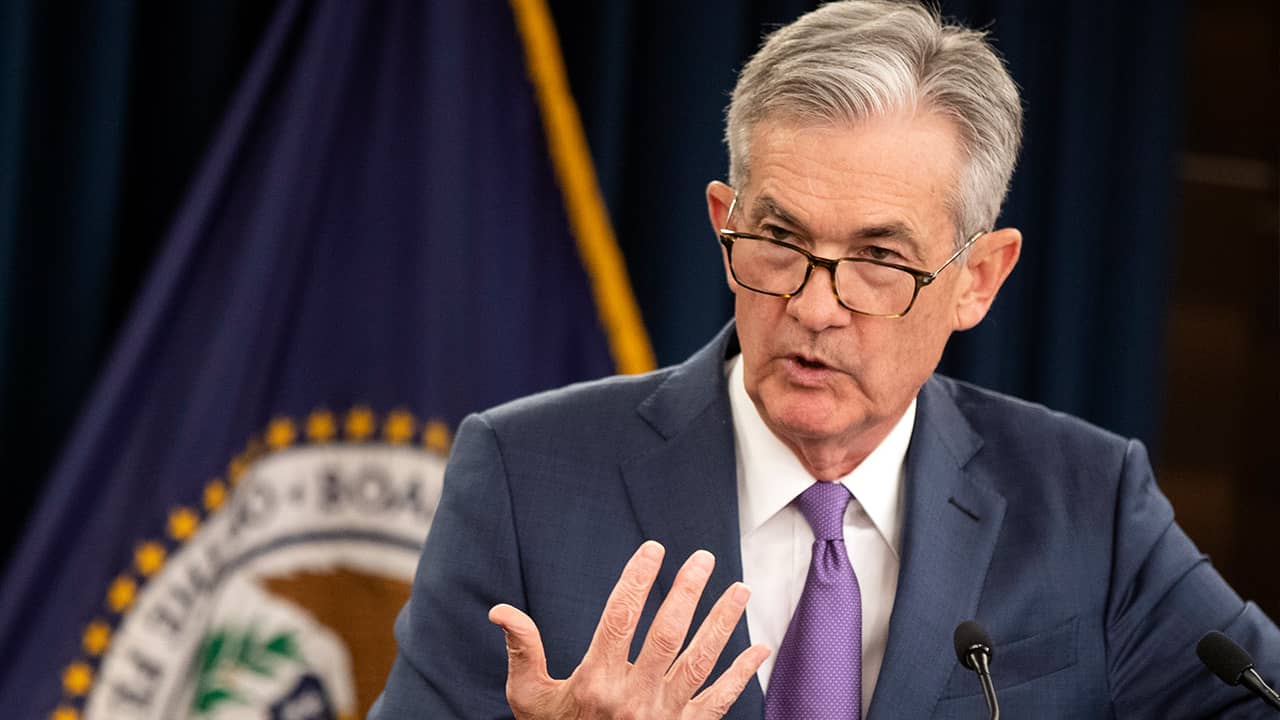 WASHINGTON — Federal Reserve Chairman Jerome Powell signaled Friday that the Fed stands ready to cut interest rates further if the economy needs it but wasn’t clear about when or by how much.
Powell had barely finished speaking to central bankers in Jackson Hole, Wyoming, before President Donald Trump escalated his attacks on the Fed, which he has repeatedly accused of keeping rates too high.
“As usual, the Fed did NOTHING!” Trump tweeted. “It is incredible that they can ‘speak’ without knowing or asking what I am doing, which will be announced shortly. We have a very strong dollar and a very weak Fed. I will work “brilliantly” with both, and the U.S. will do great.”

As usual, the Fed did NOTHING! It is incredible that they can “speak” without knowing or asking what I am doing, which will be announced shortly. We have a very strong dollar and a very weak Fed. I will work “brilliantly” with both, and the U.S. will do great…

“My only question is, who is our bigger enemy, Jay Powel (sic) or Chairman Xi?,” the president added, referring to China’s leader.
On a day of fast-moving events in the financial world, Powell’s speech followed China’s announcement earlier Friday that it will impose new tariffs on $75 billion of U.S. products in retaliation for Trump’s latest planned tariff increases. China will also raise import taxes on U.S.-made autos and auto parts. Beijing’s actions deepened a trade conflict that threatens to tip a weakening global economy into recession.

China’s move also ignited a separate attack by Trump on Twitter against Beijing:
“Our Country has lost, stupidly, Trillions of Dollars with China over many years. They have stolen our Intellectual Property at a rate of Hundreds of Billions of Dollars a year, & they want to continue. I won’t let that happen!”
In his speech in Jackson Hole, Powell said Trump’s trade wars have complicated the Fed’s ability to set interest rates and have contributed to a global economic slowdown.
The Fed cut rates last month for the first time in a decade, and financial markets have baked in the likelihood of more rate cuts this year.
Powell’s speech came against the backdrop of a vulnerable economy, with the financial world seeking clarity on whether last month’s rate decision likely marked the start of a period of easier credit.
The confusion only heightened in the days leading to the Jackson Hole conference, at which Powell gave the keynote address. Minutes of the Fed’s July meeting released Wednesday showed that although officials voted 8-2 to cut their benchmark rate by a quarter-point, there was a wider divergence of opinion on the committee than the two dissenting votes against the rate cut had indicated.

A Difference of Opinion Among Fed Members

The minutes showed that two Fed officials favored a more aggressive half-point rate cut, while some others adopted the polar opposite view: They felt the Fed shouldn’t cut rates at all.

Esther George, president of the Fed’s Kansas City regional bank and one of the dissenting votes in July, said, “While I see downside risk, I wasn’t ready to act on that relative to the performance of the economy.”
George said she saw some areas of strength, including very low unemployment and inflation now closer to the Fed’s target level. She said her decision on a possible future rate cut would depend on forthcoming data releases.
Robert Kaplan, president of the Fed’s Dallas branch indicated that he might be prepared to support further rate cuts.
If “we are seeing some weakness in manufacturing and global growth, then it may be good to take some action,” Kaplan said.
George was interviewed on Fox Business Network; Harker and Kaplan spoke on CNBC.
The CME Group, which tracks investor bets on central bank policy, is projecting the likelihood that the Fed will cut rates at least twice more before year’s end.

White House Criticism Has Had No Effect on Fed’s Deliberations

Adding to the pressures on the Fed, Trump has kept up his attacks on the central bank and on Powell personally, arguing that Fed officials have kept rates too high and should be cutting them aggressively.
Trump has argued that a full percentage-point rate reduction in coming months would be appropriate — a suggestion that most economists consider extravagantly excessive as well as an improper intrusion on the Fed’s political independence.
The president contends that lower rates in other countries have caused the dollar to rise in value and thereby hurt U.S. export sales.
“Our Federal Reserve does not allow us to do what we must do,” Trump tweeted Thursday. “They put us at a disadvantage against our competition.”
Earlier in the week, he had told reporters, “If the Fed would do its job, you would see a burst of growth like you have never seen before.”
Powell has insisted that the White House criticism has had no effect on the Fed’s deliberations over interest rate policy.
Related Topics:creditcriticismFederal ReserveInflationinterest ratesJerome PowellpolicyWhite House
Up Next

Andy Hall Says He Is Next Fresno Police Chief

Candidate: Michigan City Should Be as White "As Possible"