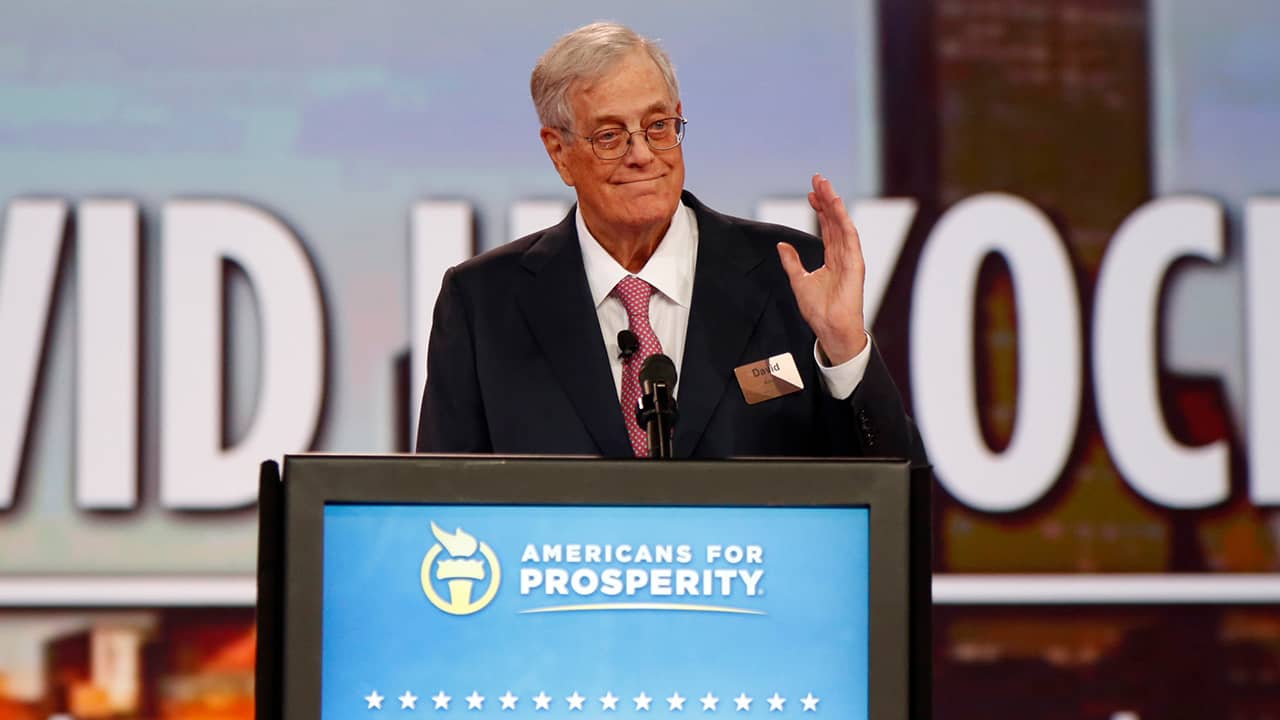 WASHINGTON — Billionaire industrialist David H. Koch, who with his older brother, Charles, transformed American politics by pouring their riches into conservative causes, has died at age 79.
Charles Koch announced the death on Friday, saying, “It is with a heavy heart that I now must inform you of David’s death.”

The Kochs Refused to Endorse Trump in 2016

While celebrated on the right, David Koch and his brother are demonized even today by Democrats who see them as a dark and conspiratorial force, the embodiment of fat-cat capitalism and the corrupting role of corporate money in American politics.
The Kochs invested heavily in fighting President Barack Obama’s health care overhaul; they fought to bring conservative voices to college campuses; and they developed a nationwide grassroots network pushing conservative causes and candidates at the state and national levels.
The one exception: President Donald Trump. The Kochs refused to endorse Trump in 2016, warning that his protectionist trade policies, among other priorities, weren’t sufficiently conservative.

David Koch, however, had stepped away from a leadership role in recent years because of declining health. He was a visible presence at the network’s semi-annual donor retreats, but his brother had emerged as its face and mouthpiece.
After battling prostate cancer for 20 years, David Koch told a reporter following the 2012 Republican convention that he was thinking about what he would someday leave behind.
“I like to engage where my part makes a difference,” he told The Weekly Standard. “I have a point of view. When I pass on, I want people to say he did a lot of good things, he made a real difference, he saved a lot of lives in cancer research.” 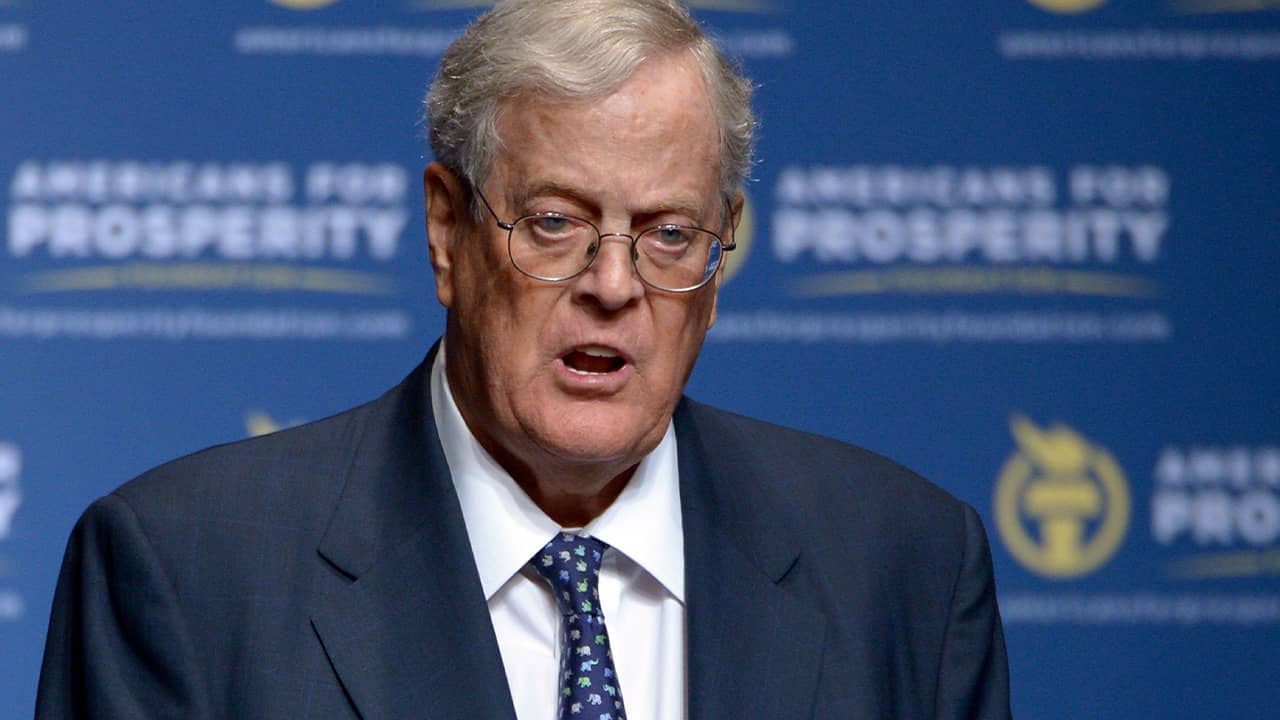 David Koch donated $100 million in 2007 to create the David H. Koch Institute for Integrative Cancer Research at the Massachusetts Institute of Technology. He also gave millions of dollars to Johns Hopkins University in Baltimore, the Memorial Sloan-Kettering Cancer Center in New York City, the M.D. Anderson Cancer in Houston and other institutions.

The dispute stemmed from a falling out three years earlier when Bill Koch criticized Charles Koch’s management of the company, and with Frederick Koch’s support, tried to gain control of the company’s board of directors. After the takeover move failed, the board fired Bill Koch as an executive. Bill and Frederick Koch and other dissident stockholders sold their interests, and the brothers later sued claiming the company withheld crucial information that would have led to a higher sale price.
Bill and Frederick Koch lost their case, but the lengthy public trial offered a rare behind-the-scenes glimpse at the Koch family.
The Kochs’ father, Fred Koch, guessed early, before two of his boys were out of diapers and before two were even born, that wealth might split his family apart.

“It will be yours to do with what you will,” the father wrote in a 1936 letter to his two oldest sons. “It may be either a blessing or a curse.”
David Koch and his wife, Julia Flesher, had three children.
On Friday, Charles Koch evoked the words of a famous economist as he shared news of his younger brother’s death with their network: “The significance of David’s generosity is best captured in the words of Adam Smith, who wrote, ‘to indulge our benevolent affections, constitutes the perfection of human nature.'”
Related Topics:billionaireCharles Kochconservativecorporate moneyDavid KochDeathfat-cat capitalismKochtopusPolitics
Up Next