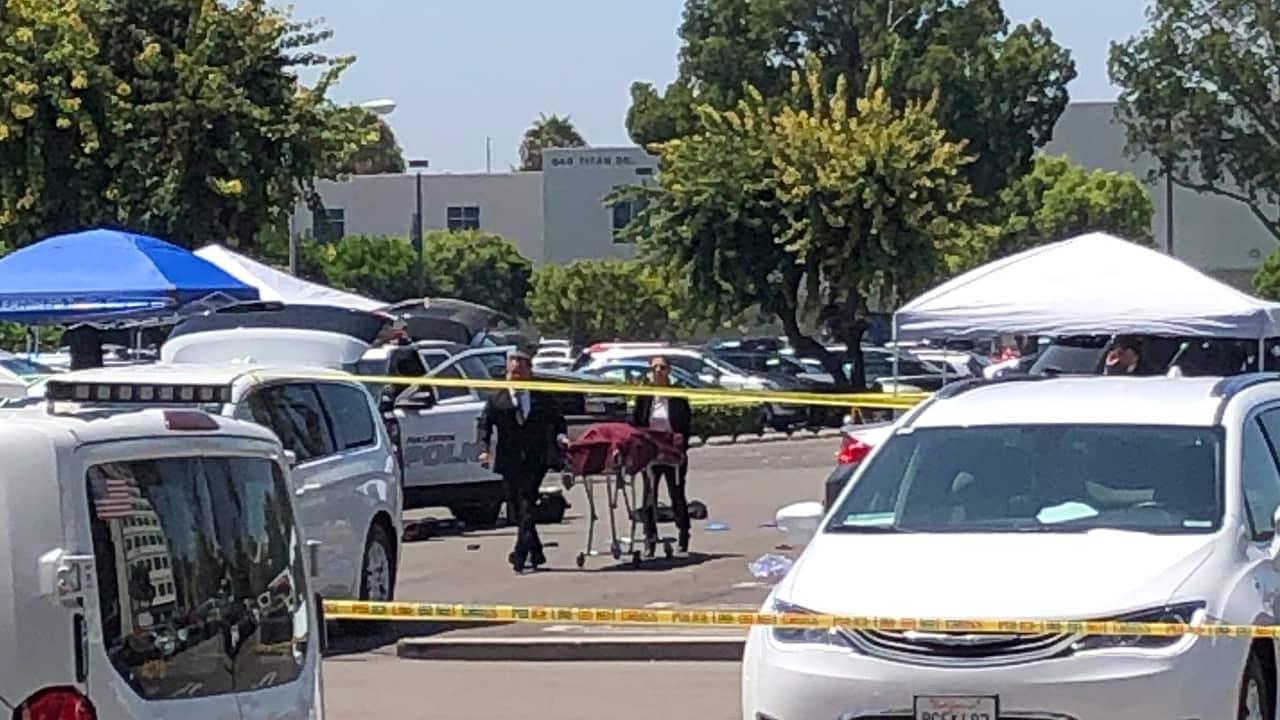 FULLERTON — Police on Tuesday released a sketch and surveillance images of a suspect in the stabbing death of a retired college administrator at California State University, Fullerton.
Authorities were trying to identify the man a day after Steven Shek Keung Chan, the university’s former budget and finance director, was stabbed numerous times inside his silver Infiniti in a campus parking lot.

Colleagues Are Now Struggling With the Loss

“They are Steven’s most precious treasures and that’s what he would’ve wanted for them,” the statement said.
Chan, 57, of Hacienda Heights, was the university’s director of budget and finance and student services for university extended education from 2009 to 2017.
He returned to campus as a special consultant in early 2019 “to provide his sage guidance and wisdom,” university President Fram Virjee said in a statement.
Virjee said he did not know Chan personally “but over the past few hours, in providing a shoulder to lean on for those who were close to him, it is clear that he was beloved for his commitment to and passion for both Cal State Fullerton and our Titan Family.”
Chan had an undergraduate degree in accounting and a law degree and previously worked as an auditor for the California State University system, said Ellen Treanor, the campus’ associate vice president of strategic communication.
His coworkers on the Fullerton campus described Chan as a man of few words with a dry sense of humor and enormous patience who discouraged them from throwing him a retirement party, Treanor said.
But Treanor said she was told he hugged them all when he returned to campus earlier this year.
His colleagues are now struggling with the loss and can’t fathom why someone would want to hurt him, she said. 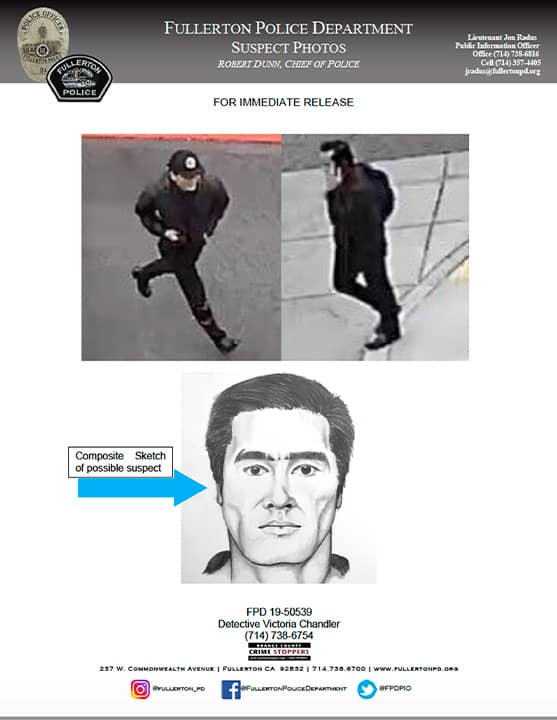 This wanted poster released Tuesday, Aug. 20, 2019 by the Fullerton, Calif., Police Department, shows a sketch and surveillance images of a suspect in the stabbing death of a retired college administrator at California State University, Fullerton on Monday. Police say the attacker targeted 57-year-old Steven Shek Keung Chan in his car and stabbed him numerous times. They say a motive has not been determined. (Fullerton Police Department via AP)

The Scene of Other Killings

A visibly upset woman who came to the door of Chan’s home declined to speak to reporters, and a priest who visited the house would only offer his condolences to the family.
Students have not yet returned to campus because classes for the new term won’t begin for several days.
The attack came as campus police were filming active-shooter scenarios in Pollack Library and other locations as part of emergency preparation. The filming was canceled after the attack.
The nearly 40,000-student commuter school in the middle of its host city in Orange County has the largest enrollment in the 23-campus California State University system.
It is well known in the sports world for producing nationally ranked baseball teams and major leaguers including Justin Turner of the Los Angeles Dodgers and Khris Davis of the Oakland Athletics.
It has been the scene of other killings.
In 1976, a custodian with a history of mental illness opened fire with a rifle in the school library, killing seven people and wounding two others. Edward Allaway was convicted of murder but then found not guilty by reason of insanity and sent to a mental hospital.
In 1984, physics professor Edward Cooperman was shot and killed by a man who served less than two years in prison after saying the shooting was an accident.

Trump: Any Jew Voting Democratic Is Uninformed or Disloyal