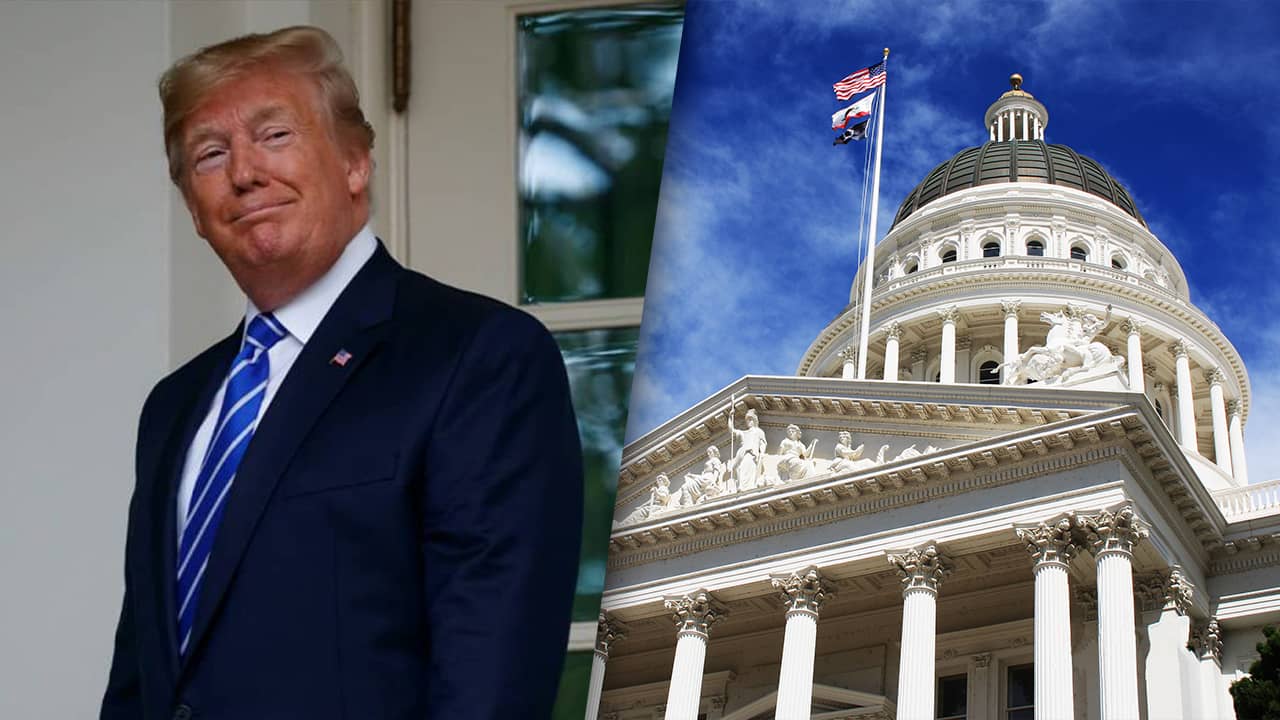 As California builds its capacity to fight the Leviathan that is the Trump administration, does it risk turning our state government into a Leviathan of our own?
This unhappy question occurred to me while reading Gary Gerstle’s recent history, Liberty and Coercion: The Paradox of American Government. The book examines U.S. governance by putting our 50 peculiar institutions — our states — at the heart of the narrative.

At the heart of the American experiment, argues Gerstle, an American historian based at the University of Cambridge, is a nasty contradiction. The American constitution is liberal: it’s designed to limit government in the name of protecting liberty. But our states have authoritarian policing powers to coerce us in the name of the greater good. For most of American history, the states got away with terrible abuses against their people, Gerstle notes, because they were exempted from the Bill of Rights.

We typically associate the power of states with the South, and the horrors of slavery and Jim Crow. But throughout its history, California has aggressively abused its state power — in our genocide of Native Americans, our discrimination against people of Asian heritage, and our protection for the crooked railroad barons of Sacramento.
For Californians, defending state power has been a constant. Gerstle quotes Stephen Field, the first U.S. Supreme Court justice from California, as embodying the “laissez-faire” view that states can do whatever they want. Field wrote in 1885: “Neither the Fourteenth Amendment, broad and comprehensive as it is, nor any other amendment, was designed to interfere with the power of a State, sometimes termed its police power, to prescribe regulations to promote the health, peace, morals, education, and good order of the people…”


For all their disagreements, Trump and his Democratic challengers both like the federal juggernaut. Their battles are over who controls it.
It wasn’t until the middle of the 20th century that state power was finally curbed by the federal government, which grew to previously unimaginable power in response to the Depression, the Second World War, and the civil rights movement.

Creation of the Imperial Presidency

Ironically, this expansion of federal power — as well as the rollback of state power — was championed by a former California governor, Earl Warren, as chief justice of the U.S. Supreme Court. Under the Warren Court,  the more expansive federal government stopped states from violating civil rights, while launching social programs. But the new federal Leviathan also imposed unprecedented regulations on people’s lives (including restrictions on immigration) as it created an imperial presidency and a national security state devoted to constant warfare.
These contradictions, Gerstle argues, have contributed to today’s paralyzing political polarization. The federal government is so powerful that both political parties feel compelled to fight for every inch of power. For all their disagreements, Trump and his Democratic challengers both like the federal juggernaut. Their battles are over who controls it.

Yes, California’s fight against the federal government is righteous — and necessary. How could our state not fight a federal monster led by such a deranged and dishonest person?
But in so doing, we are turning our already powerful state into a one-party-controlled Leviathan of its own. Since power corrupts, it’s inevitable that our state leaders will turn this creation against us. Our state government also could be hijacked by powerful interests hostile to California through manipulation of the ballot initiative process or of our top-two election system, which produces perverse, anti-democratic results.

We Must Protect Ourselves from Sacramento

Gerstle is wary of newly powerful states and argues for remaking the U.S. Constitution to put the federal government on firmer footing. But reading him, I had visions of an epic battle between the twin Leviathans of federal and state power swamping our communities and values.
Instead, Californians, and citizens of other states, should consider a different form of resistance: a movement to restore local democracy.
Unfortunately, California’s local governments are too weak to address our serious problems in housing and schools. So we must return power to these local sites. Our cities are full of smart people who could govern themselves better than the Sacramento mandarins. And a decentralized system would provide greater protection from the excesses of power in Washington, Sacramento, and elsewhere.
One obvious lesson of the Trump era should be the madness of investing massive government authority in one person. So while we need the state government Leviathan to beat back the president, Californians and their communities also need to come together to protect ourselves from Sacramento.
About the Author
Joe Mathews writes the Connecting California column for Zócalo Public Square.