Eva Schwartz didn’t have a history of mental illness. There were never any indicators that the birth of her first child would spark a years-long struggle that would threaten her marriage and her life. 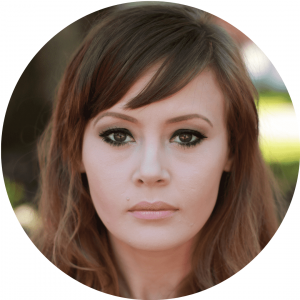 Schwartz was 29 in 2015, with a stable home life in Sacramento, as she awaited the arrival of her firstborn son, Isaac. She felt prepared. She had taken all the classes, followed all the mommy pages on Facebook. She was going to have a natural birth, she said, and exclusively breastfeed once Isaac was born.

Those plans started to go awry during labor, when doctors decided she needed an unscheduled caesarean section. Then her breast milk didn’t come in. Schwartz panicked, fearing Isaac would somehow be “damaged” if he wasn’t exclusively breastfed, or that she wouldn’t be able to bond with him.

As days turned to weeks, her psychological health went into a tailspin. Her ability to mother her child became a fixation. At night, her husband said, he would awaken to her crying in bed, detailing scenarios in which she would kill herself and he would remarry before Isaac was old enough to “know that (she) existed.” Eventually, 10 days after giving birth, she began raving to a neighbor who told her husband to take her to the emergency room, where her mania spiked.

Forcibly sedated, Schwartz was taken to Heritage Oaks Hospital on a 51-50 hold, where she was diagnosed with postpartum psychosis, a condition which can begin in the first few days after childbirth, even in women with no history of mental illness.

“There’s all sorts of prenatal classes that they do to help you prepare for a new baby,” Schwartz said. “But no one warned me that mental illness can hit.”

Mental Health Side of the Picture

The health of expectant mothers has been an urgent concern, nationally and in California, as studies have shown maternal mortality rates falling worldwide, yet steadily increasing in the United States. Health initiatives here have focused on reducing complications of pregnancy and childbirth, and California’s progress, with a few exceptions, has been held up as a national model.

But the mental health side of the picture, which can be just as lethal, has received less attention, say lawmakers and public health experts.

A recent report by researchers at UC Merced and Michigan State University linked nearly one in five postpartum deaths among California women to drug abuse or suicide — psychological crises. The death toll was highest, the study found, among socioeconomically disadvantaged women and white women, but it added that data is generally scant on mental health-related deaths of new mothers.

Sidra Goldman-Mellor, a psychiatric epidemiologist at UC Merced who is one of the study’s authors, said official maternal mortality rates in the U.S. only focus on causes of death immediately linked to the pregnancy or childbirth — medical complications such as hemorrhages or preeclampsia, for example.

“They’re not even counting deaths that are due to other problems,” Goldman-Mellor said.

Assemblywoman Sabrina Cervantes agrees that postpartum mental health has been neglected as an issue. “We celebrate the birth of children, but the well-being of the mother who gives birth often gets forgotten,” she said.

The Riverside Democrat is working to establish a pilot program to provide greater mental health services to new mothers, one among several new efforts to address that aspect of postpartum care. Her Assembly Bill 798 would create a privately funded pilot program that would provide mental health screenings, psychiatry, teleconsultations and mentoring services aimed at detecting and treating postpartum mothers for up to one year after delivery.

Maienschein has also put forth Assembly Bill 845, which will be taken up on the Senate floor when the Legislature is back in session in August. That bill would require the California medical board to consider including a course in maternal mental health among its continuing education requirements for providers.

Meanwhile, last month, Gov. Gavin Newsom signed a budget bill temporarily expanding access to Medi-Cal maternal mental health services from two months to one full year after giving birth, an $8.6 million initiative funded by revenue from the tobacco tax passed by voters in 2016. The experimental expansion, slated to start next year, will sunset at the end of 2021 unless state lawmakers vote to keep it.

That longer-term access to care is key, said Goldman-Mellor, particularly in rural areas with fewer providers and among mothers who have had substance abuse issues. Her study found that mental health risks were particularly high among women whose deliveries were paid for by Medicaid rather than private insurance. The study also found that most mental health-related deaths among new mothers took place late in the postpartum period, often after the 60-day cutoff for postpartum care under Medicaid (or Medi-Cal, as the low income health insurance program is known in California).

Not the First Appearance of Maternal Mental Health

“If a woman (on Medicaid) was previously accessing treatment for substance abuse or mental health, her coverage for that treatment could end a couple months after the birth of her child,” said Goldman-Mellor. “That could place her at risk for relapsing, or just not getting the treatment she needs later in the postpartum period.”

This is not the first appearance of maternal mental health on California’s policy agenda. In 2010, former Democratic Assemblyman Pedro Nava of Santa Barbara authored a resolution declaring the month of May to be Perinatal Depression Awareness Month in the state. That led to the creation of the California Maternal Mental Health Collaborative, an independent nonprofit organization later tasked with assessing the status of maternal mental healthcare in California. The collaborative later became 2020Mom, an advocacy group that promotes research and legislation on the issue.

But as female representation in the Legislature has rebounded to its 30.8% high point, and as a governor with four young children has taken office, the issue of maternal health, particularly among low income women, has gathered momentum. Cervantes, a 31-year-old, second-term lawmaker, for example, comes out of Riverside County, where more than half of births are paid for by Medi-Cal.

As many as “one in five new or expectant mothers will experience a mental health disorder during pregnancy or the first year following childbirth, including depression, anxiety, and postpartum psychosis,” Cervantes notes in her bill, which has passed the Assembly and is now parked in the Senate Appropriations Committee while she and other backers try to figure out funding. Because socioeconomic factors and stigma can also prevent women from seeking treatment, the bill includes an opt-in pilot program for counties, including Riverside, to offer remote mental health teleconsultations to new mothers.

‘My Crying Really Bothered Them, They Threatened to Kill Me’

Testifying earlier this year in favor of Cervantes’ bill, Schwartz said she would like to see programs specifically for women with postpartum depression, separate from existing mental health services that don’t always take women’s unique circumstances into account. At Heritage Oaks, she said, she was placed with drug addicts and wasn’t allowed to see her newborn, which only compounded her trauma.

“My crying really bothered them, so they threatened to kill me,” she said of her roommates, and the hospital had to move her to a new room. In the United Kingdom, she noted, new mothers are treated in Mother and Baby Units specifically designed to keep a woman with her infant while she seeks treatment during a crucial point in a child’s development.

Over the following year, she said, she was in and out of the hospital as doctors experimented with different types of medications and treatments. At her low point, during a manic episode that started when she tried to stop taking her medication, her husband Brent filed for divorce. “I thought I couldn’t take it anymore,” he said.

Eventually, she resumed her medication, found a sustainable treatment plan and reconciled with her husband, she said, but her recovery has been a long process. She counts herself lucky that she had the health insurance and access to care that allowed her to reclaim her life.

“I didn’t get a divorce. Most women do. I didn’t end up on the street. And I didn’t, as people I met in the mental hospital did, end up on methamphetamines or heroin,” Schwartz said. “I had health care. The fact that these women don’t is absolutely terrifying. They need it. It’s the basics of everything else. I didn’t lose my mind, because of that.”