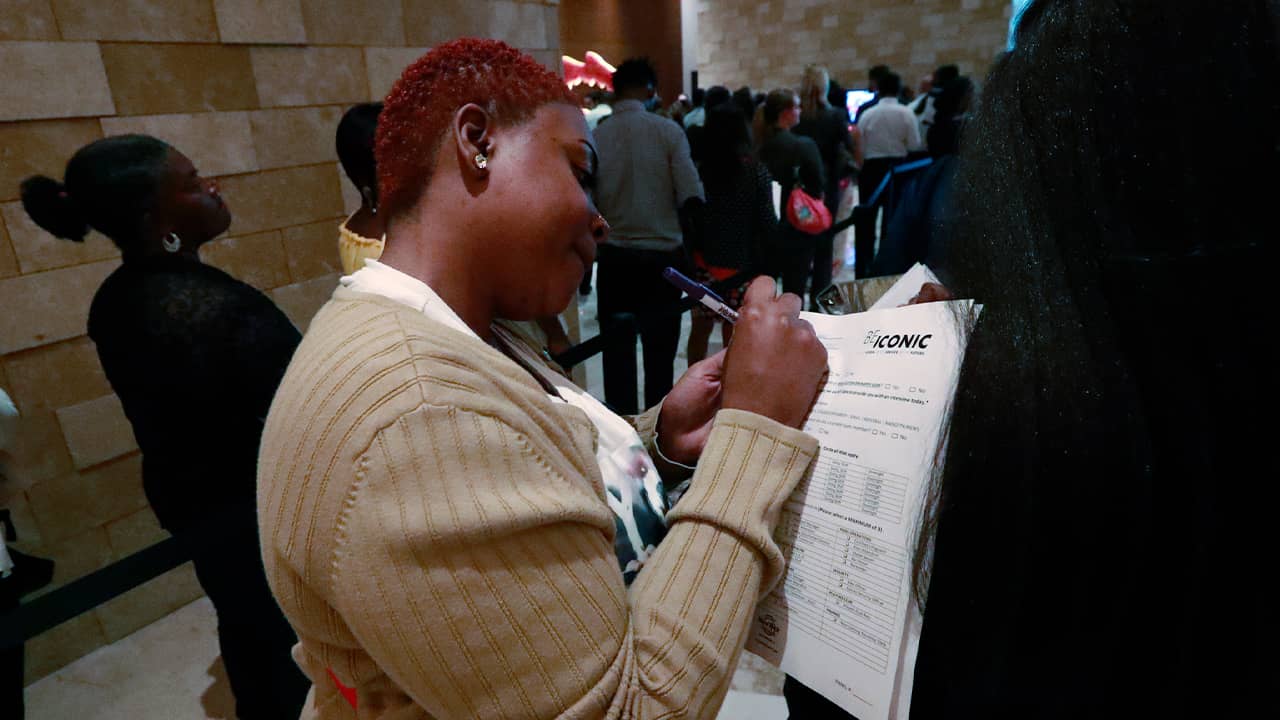 WASHINGTON — U.S. employers slowed their hiring in July but still added a solid 164,000 jobs to an economy that appears poised to extend its decade-long expansion.

The Federal Reserve has acted to try to sustain the expansion in part because some of the benefits are only now reaching America’s lower-income communities. The Fed on Wednesday cut its benchmark interest rate for the first time in a decade to try to counter the impact of Trump’s trade wars, stubbornly low inflation and global weakness.
As Trump’s trade conflicts escalate, the economy and the job market could weaken. Recession fears could increase. But for now, hiring appears solid.
“We’re really at a sweet spot despite all the negatives swirling around us,” said Robert Frick, corporate economist at Navy Federal Credit Union. Frick said the slowdown in monthly job gains was organic given the size of past gains and the length of expansion.
Nevertheless, the trade frictions have been weighing on global financial markets. The Dow Jones Industrial Average was down nearly 300 points in late-morning trading.
“The sometimes backward-looking nature” of the jobs data make it less relevant for the financial markets given the possibility of additional tariffs against China that could raise prices for U.S. consumers, said Rick Rieder, BlackRock’s chief investment officer of global fixed income.
In Friday’s employment report for July, the government revised down its estimate of job growth for May and June by a combined 41,000. Over the past six months, the economy has added jobs at a monthly average of roughly 141,000. That is down from a monthly average of 236,000 during the same period last year.

One clear positive is that wage gains have been strongest for poorer workers.
Fed Chairman Jerome Powell told reporters Wednesday that one reason to cut rates was to sustain the longest expansion in U.S. history because people living in distressed communities finally “are now getting opportunities to add new and better chapters to their lives.”

Though it is growing consistently, the economy does appear to be sliding into a slower phase. The gross domestic product — the total output of goods and services produced in the United States — grew at a decent if unspectacular 2.1% annual rate in the April-June quarter, down from a 3.1% pace in the January-March period.
Consumer spending increased at a 4.3% annual rate and helped propel much of the growth. But business capital investment declined for the first time in three years, a likely sign that Trump’s aggressive use of tariffs against China and other countries has slowed corporations’ expansion plans.
Home sales have fallen as high prices have kept many people out despite the benefits of low mortgage rates and job gains. Sales of existing homes have tumbled 2.2% over the past 12 months, according to the National Association of Realtors.
Factories have also been coping with a slowdown. In part, that’s because the global economy has weakened and the president’s tariffs on hundreds of billions of dollars’ worth of goods — and threats to add more — have disrupted supply chains. The Fed said this month that manufacturing output has improved just 0.4% from a year ago after having declined over the past six months.
There are signs, though, that consumers are optimistic. The Conference Board’s index of consumer confidence last month reached its best reading since November. A higher percentage of Americans anticipate pay raises in the next six months.