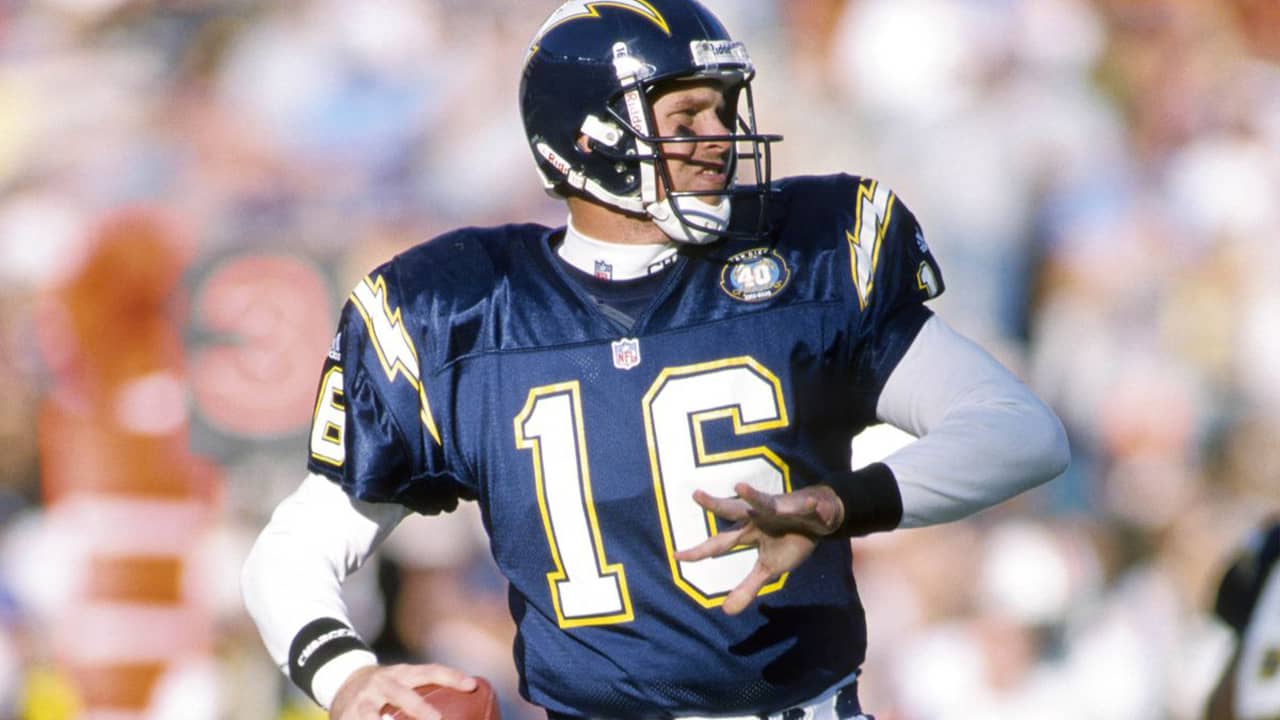 Ryan Leaf spent most of his time in prison alone and angry until a military veteran persuaded the former No. 2 overall NFL draft pick to stop self-loathing long enough to help fellow inmates learn to read.
Now the once-star college quarterback who is widely considered the biggest bust in league history is helping former players adapt to retirement and trying to make sure they cope far better than he did.

So when league executive Tracy Perlman reached out to Leaf this spring with an offer to become an NFL Legends Community coordinator, his career came full circle.
“The NFL Legends Community is the epitome of service,” Leaf said. “This isn’t about promoting you anymore. It’s about promoting something bigger than you. And that’s exactly what that young veteran and prison afforded me when I needed it most.”
Troy Vincent, the league’s executive vice president of football operations and a five-time Pro Bowl cornerback from 1999-2003, and Perlman were instrumental in launching the NFL Legends Community in 2013 to help every former player stay connected with their teams and to offer them assistance in many areas, from making sure they get health checks to life after football.
Leaf’s first exposure to the Legends came during the week leading up to Super Bowl 50 in 2016 in San Francisco. Each year at the Super Bowl, the group hosts several events and welcomes all former players to take part and learn about the programs available to them.
“I didn’t consider myself a legend. I felt like a failure,” Leaf said. “So I was a little hesitant but I went and I walked into the lounge with my wife and immediately I saw three of my former teammates. I saw Donnie Edwards and Chad Pennington, who were both Legends coordinators, and they came right up to me and put their arms around me and made it very clear that I was part of that group.”
Leaf was later invited to speak to quarterbacks at the 2017 NFL combine. His group included Patrick Mahomes, Deshaun Watson, Mitchell Trubisky, Nathan Peterman and Davis Webb.

“When I left, I thought: ‘Wow, this is really great. I hope I get more of an opportunity to work with the Legends,'” he said. “Sure enough, this spring I got an email from Tracy (about) a coordinator position. What an honor, what a grateful blessing that turned out to be because now essentially what I was doing in the recovery world, helping others, I now get to do it at the level that I played. The NFL is really trying to step up by putting this program in place, and I’m really happy to be a part of it.”

“I was an ego maniac with a self-esteem problem and that’s what most addicts are like,” Leaf said. “I was a drug addict long before I ever took a drug. I think it was just exacerbated by the fame and the fortune of it all. I was so scared of everybody that I worked so hard to try to be better than everybody else. It didn’t work out. And it’s a humbling thing when you finally have an understanding of who you are.”
Leaf got a chance to do something long overdue on Oct. 1, 2017. He had a face-to-face conversation with Chargers owner Alex Spanos. NFL Commissioner Roger Goodell invited him to a suite to watch the Chargers play in their third home game after moving from San Diego to Los Angeles.
“I was super anxious,” Leaf said. “I was in a suite, so I wasn’t around hecklers who yell out: ‘Loser or bust.’ Donnie Edwards was there guiding me through it and then unknown to me — and I don’t know if this was planned — but Mr. Spanos walked in to say hi to Mr. Goodell. I think he was pretty taken aback when he saw me and I didn’t know I would ever be afforded the opportunity to make amends to Mr. Spanos for my part in my time in San Diego. The opportunity presented itself and I did exactly that. I made my amends to him.
“I remember I looked over at Mr. Goodell after I was done and he was just really pleased with how I handled it. You always want to feel part of something and when you’re part of the Legends Community, you feel a part of something and I do believe that relationship (with Spanos) will again come around.”
In July, Leaf was hired by ESPN to be a football analyst. He’ll be paired with play-by-play announcer Clay Matvick and will mostly call games on ESPN2 and ESPNU. Leaf worked for the Pac-12 Network last season and has been co-hosting a show on SiriusXM’s Pac-12 channel.