Editor’s note: Should someone wearing a badge have the power to relieve a suspected drug dealer of his Maserati on the spot without giving him an opportunity to flee or liquidate and launder his assets? Known as civil asset forfeiture, this practice might sound like a wise policy.

But lawmakers on both sides of the aisle in Congress and the states are challenging the Trump administration’s embrace of the arrangement, which strips billions of dollars a year from Americans – who often have not been charged with a crime.

Law professor and criminal justice expert Nora V. Demleitner explains how this procedure works and why it irks conservatives and progressives alike.

1. What Is Civil Asset Forfeiture?

Civil asset forfeiture laws let authorities, such as federal marshals or local sheriffs, seize property – cash, a house, a car, a cellphone – that they suspect is involved in criminal activity. Seizures run the gamut from 12 cans of peas to multi-million-dollar yachts. 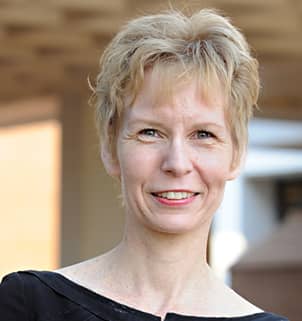 The federal government confiscated assets worth a total of about US$28 billion during the decade ending in 2016, Justice Department data indicate.

In contrast to criminal forfeiture, which requires that the property owner be convicted of a crime beforehand, the civil variety doesn’t require that the suspect be charged with breaking the law.

Three Justice Department agencies – the Bureau of Alcohol, Tobacco, Firearms and Explosives (ATF), the Drug Enforcement Administration (DEA) and Federal Bureau of Investigation (FBI) – do most of this confiscating. Most states also permit local prosecutors to take personal property from people who haven’t been charged with a crime. However, some states have begun to limit that practice.

Even when there are restrictions on when and how local and state authorities can seize property, they can circumvent those limits if the federal government “adopts” the impounded assets.

For a federal agency to do so requires the alleged misconduct to violate federal law. Local agencies get up to 80% of the shared proceeds back, with the federal agency keeping the rest. The divvying-up is known officially as “equitable sharing.” Crime victims may also get a cut from the proceeds of civil forfeiture.

2. Can People Get Their Stuff Back?

Technically, the government must demonstrate that the property has something to do with a crime. In reality, property owners in most states must prove that they legally acquired their confiscated belongings to get them returned. This means the burden is on the owners to dispute these seizures in court. Court challenges tend to arise only when something of great value, like a house, is at stake.

Unless an owner challenges a seizure and effectively proves his innocence in court, the agency that took the property is free to keep the proceeds once the assets are liquidated.

Many low-income people don’t use bank accounts or credit cards. They carry cash instead. If they lose their life savings at a traffic stop, they can’t afford to hire a lawyer to dispute the seizure, the Center for American Progress – a liberal think tank – has observed.

And disputing civil forfeitures is hard everywhere. Some states require a cash bond; others add a penalty payment should the owner lose. The process is expensive, time-consuming and lengthy, deterring even innocent owners.

There’s no comprehensive data regarding how many people get their stuff back. But over the 10 years ending in September 2016, about 8% of all property owners who had cash seized from them by the DEA had it returned, according to a report from the Justice Department’s inspector general.

3. Who Opposes the Practice?

Many conservatives and progressives dislike civil asset forfeiture. Politicians on the left and right have voiced concerns about the incentives this practice gives law enforcement to abuse its authority.

Critics across the political spectrum also question whether different aspects of civil asset forfeiture violate the Fifth Amendment, which says the government can’t deprive anyone of “life, liberty, or property, without due process of law” or is unconstitutional for other reasons.

Liberals are outraged that the poor and communities of color tend to be disproportionately targeted, often causing great hardship to people accused of minor wrongdoing.

Until now, the Supreme Court and lower courts, however, have consistently upheld civil asset forfeitures when ruling on challenges launched under the Fifth Amendment. The same goes for challenges under the Eighth Amendment, which bars “excessive fines” and “cruel and unusual punishments,” and the 14th Amendment, which forbids depriving “any person of life, liberty, or property, without due process of law.”

In 2019, the Supreme Court unanimously found for the first time that these constitutional protections against excessive fines apply not just to the federal authorities but to the states as well.

Liberals are outraged that the poor and communities of color tend to be disproportionately targeted, often causing great hardship to people accused of minor wrongdoing.

Another common critique: The practice encourages overpolicing intended to pad police budgets or accommodate tax cuts. Revenue from civil asset forfeitures can amount to a substantial percentage of local police budgets, according to a Drug Policy Alliance study of this practice in California. This kind of policing can undermine police-community relations.

The Justice Department’s guidelines state that forfeitures “punish and deter criminal activity by depriving criminals of property used in or acquired through illegal activities.”

However, the Inspector General’s office noted “without evaluating data more systemically, it is impossible for the Department to determine … whether seizures benefit law enforcement efforts, such as advancing criminal investigations and deterring future criminal activity.” 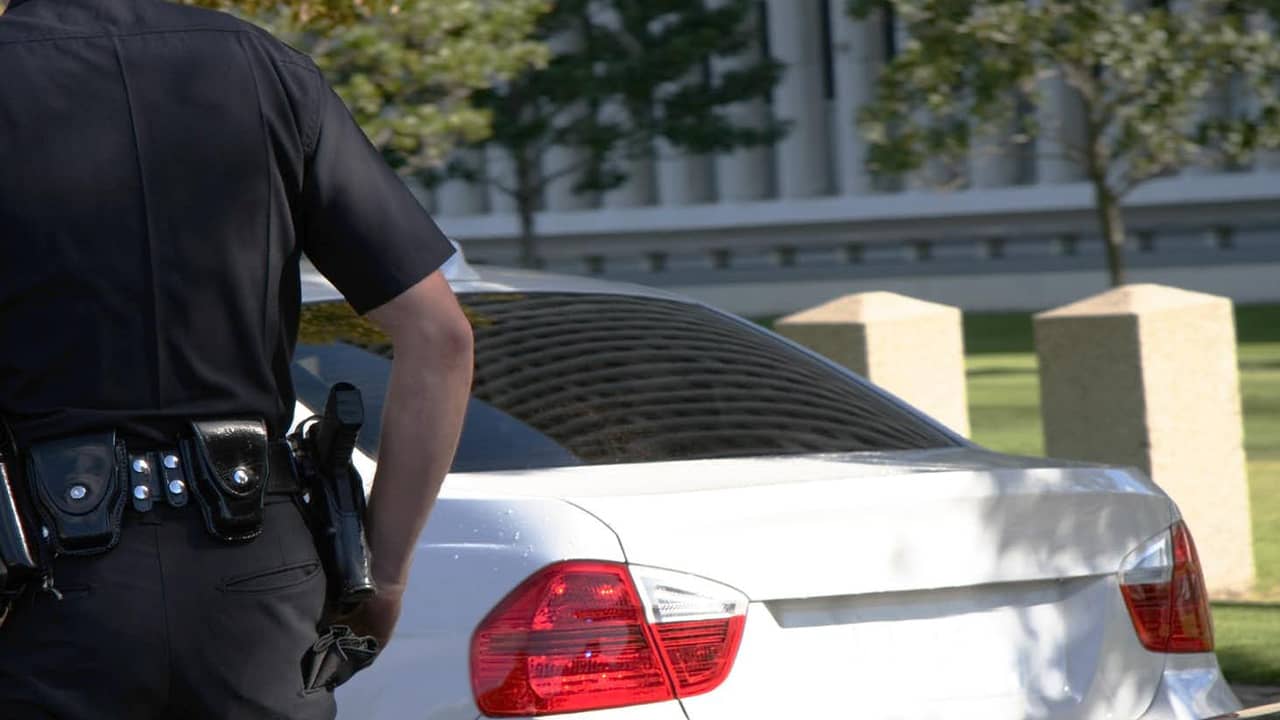 4. What Is the Scale of This Confiscation?

The federal revenue raised through this practice, which emerged in the 1970s, mushroomed from $94 million in 1986 to a high of $4.5 billion in 2014, according to the Justice Department.

The Justice Department says it returned more than $4 billion in forfeited funds to crime victims between 2000 and 2016, while handing state and local law enforcement entities at least $6 billion through “equitable sharing.”

The scale of seizures on the state and local level is less clear.

5. What Happened During the Obama and Trump Administrations?

Under the leadership of Attorney General Eric Holder, the Obama-era Justice Department determined that civil asset forfeiture was more about making money than public safety. It then changed the guidelines for asset adoption.

Beginning in 2015, joint state-federal task forces could continue to share forfeiture proceeds but state agencies were no longer permitted to ask the federal government to forfeit property they had taken on their own.

“I love that program,” Attorney General Jeff Sessions said in 2017. “We had so much fun doing that, taking drug dealers’ money and passing it out to people trying to put drug dealers in jail. What’s wrong with that?”

6. Congress and the States

When Sessions changed the policy, legislative changes seemed possible. Senate Judiciary Committee Chairman Chuck Grassley sent Sessions a memo about how the federal funds obtained from seizures were wasted and misused. In some cases, Grassley wrote, the government provided “misleading details about some of these expenditures.”

Unless the police pursue some alternatives, funding woes will continue to contribute to abusive policing practices that fall most heavily on those who can the least afford them: the poor and communities of color.

The House of Representatives voted in 2017 for an amendment that would restrict civil asset forfeiture adoption.

The House also approved a bipartisan measure restricting civil forfeiture on June 20, 2019. This one goes further though and would substantially curtail the federal government’s powers.

State governments have also tried to discourage this kind of confiscation. New Mexico, Nebraska and North Carolina have banned civil forfeiture. Michigan has made it easier to challenge these seizures. California limited equitable sharing, and other states have increased the burden of proof the government must meet. But in many states, investigative reporting has shown that innocent owners continue to lose their property.

In a Georgia Law Review article, I gave examples of other ways to keep police departments and municipalities funded, such as increasing fines and fees.

Unless the police pursue some alternatives, funding woes will continue to contribute to abusive policing practices that fall most heavily on those who can the least afford them: the poor and communities of color.

Nora V. Demleitner is a professor of criminal and comparative law at Washington and Lee University This article is republished from The Conversation under a Creative Commons license. Read the original article.