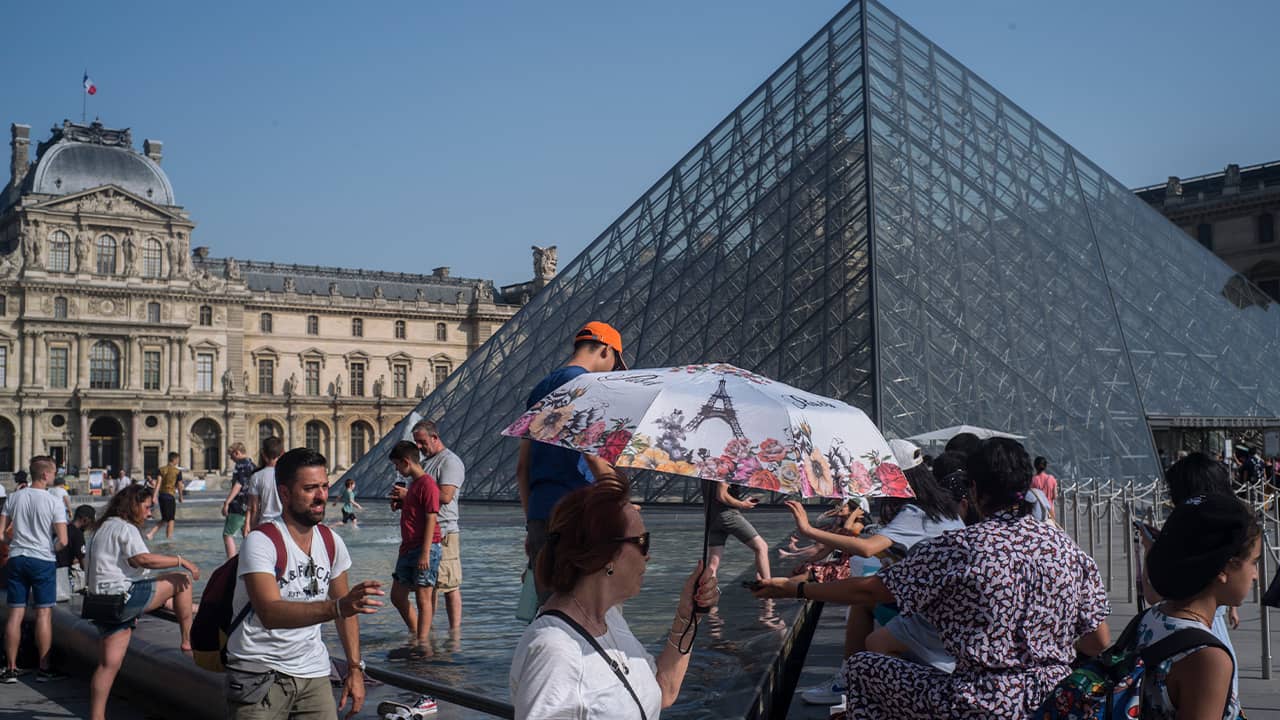 PARIS — Even ice cream, Italian gelato or Popsicles couldn’t help this time.
Temperature records that had stood for decades or even just days fell minute by minute Thursday afternoon and Europeans and tourists alike threw themselves into fountains, lakes, rivers, or the sea to escape a suffocating heat wave rising up from the Sahara.

This Could Become the New Normal

“There is likely the DNA of climate change in the record-breaking heat that Europe and other parts of the world are experiencing. And it is unfortunately going to continue to worsen,” said Marshall Shepherd, professor of meteorology at University of Georgia.
Climate scientists warn this could become the new normal in many parts of the world but it looms as a giant challenge for temperate Europe.
French authorities have been particularly wary, since a 2003 heat wave killed nearly 15,000 people, many of them elderly people alone in stiflingly hot apartments. So as tourists frolicked in fountains, authorities, and volunteers in both Paris and London fanned out to help the elderly, sick and homeless, opening centers for them to rest, cool down and shower.
“They are in the street all day, under the sun. No air conditioning, no way to protect oneself from the heat,” said Ruggero Gatti, an IT worker joining other Red Cross volunteers handing out water bottles, soup and yogurt to the homeless in the Paris suburb of Boulogne
France’s heat alert system went to its maximum level of red for the first time during last month’s heat wave , when France saw its highest-ever recorded temperature of 46 degrees. On Thursday, about one-fifth of French territory was under a red alert, stretching from the English Channel through the Paris region and down to Burgundy and affecting at least 20 million people.
French Health Minister Agnez Buzyn said temperatures on Thursday were expected to be 2 degrees higher than in the deadly 2003 heat wave.
Trains were canceled in Britain and France, and French authorities urged travelers to stay home. Messages to “Hydrate yourselves!” blared from the radio, TV and public message boards.
Across the Channel, the heat damaged overhead electric wires between London’s St. Pancras station and Luton airport, blocking all train lines. East Midlands Trains posted a message to passengers on Twitter, saying simply “DO NOT TRAVEL.” 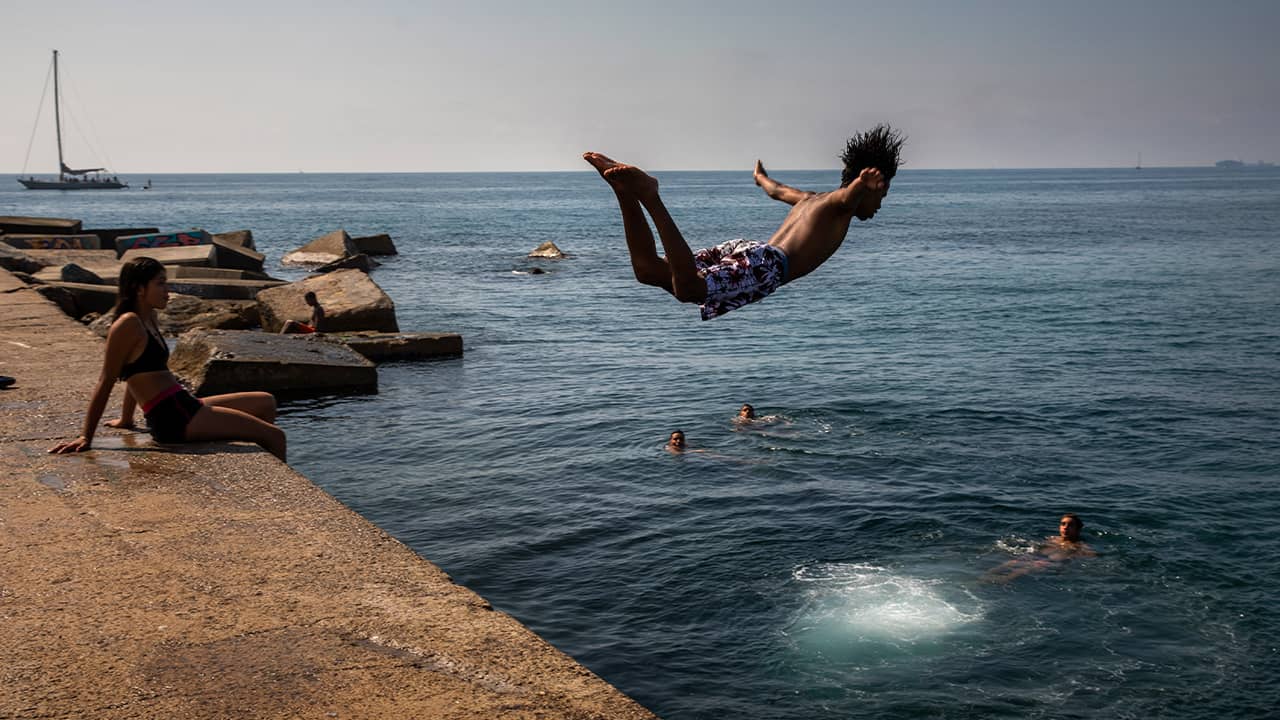 A boy jumps into the water in Barcelona, Spain, on Thursday. Parts of Europe will likely see record-high temperatures Thursday as much of the continent is trapped in a heat wave, the second in two months. (AP Photo/Emilio Morenatti)

Nothing Short of Astonishing

The sheer levels of heat on Thursday afternoon were nothing short of astonishing:


— The Paris area hit 108.7 degrees Fahrenheit, beating the previous record of 104.7 set in 1947.
— The Netherlands' meteorological institute announced a record that beat the previous record set just a day ago: 104.7 Thursday in the municipality of Gilze Rijen, near the border with Belgium.
— In Belgium, the new all-time high rose to 105.1 in Kleine Brogel. "This is the highest recorded temperature for Belgium in history since the beginning of the measurements in 1833," said Alex Dewalque of the country's Royal Meteorological Institute.
— In the northern German town of Lingen, a new national record temperature of 107.6 was set in the afternoon, breaching the previous high set just minutes earlier. It was not clear how long that record would last. A day earlier, Germany had also set a record of 104.9 in Geilenkirchen near the Belgian border.
— London recorded its hottest day on record for July, with the mercury climbing to 98.4 at Heathrow Airport. The previous July record was 98 in 2015.
— Britain was waiting to see if temperatures blow by the all-time record for the country of 101.3 set back in August 2003. Britain's Met Office said its temperature records go back to 1865.
— The Dutch National Institute for Public Health and the Environment issued a "smog alarm" Thursday for areas including the densely populated cities of Amsterdam, Rotterdam and The Hague due to high ozone levels.

The Heat Was Expected to Be Short

In Germany, Switzerland and Austria, some communities painted vital rail tracks white in hopes the light color would bring down the temperature by a few degrees and the tracks would not get warped by the heat. German railways Deutsche Bahn said passengers who had booked tickets for Thursday or Friday and wanted to delay their trips could do so without charge.

Hoverboarder Crashes in Bid to Fly Over English Channel, Vows to Try Again