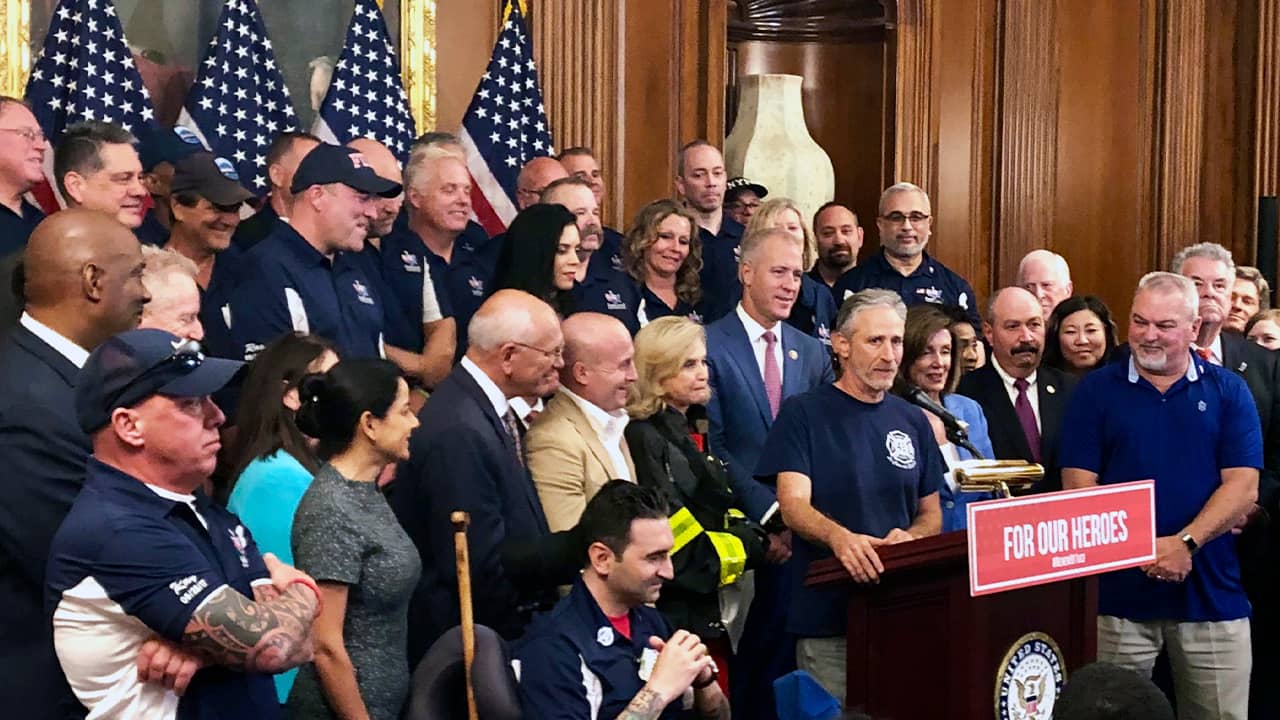 WASHINGTON — The Senate gave final legislative approval Tuesday to a bill ensuring that a victims’ compensation fund related to the Sept. 11 attacks never runs out of money.
The 97-2 vote sends the bill to President Donald Trump, who is expected to sign it.


“Our 9/11 heroes deserve this program as written. Let our heroes go home and live in peace and finally exhale.” — Sen. Kirsten Gillibrand
The vote came after Democratic senators agreed to allow votes on amendments sponsored by two Republican senators who had been blocking the widely popular bill. The Senate easily defeated the amendments proposed by GOP Sens. Mike Lee of Utah and Rand Paul of Kentucky. The two men were the only senators who voted against the bill’s final passage.
Democratic Sen. Kirsten Gillibrand of New York said 9/11 first responders and their families have had “enough of political games” that delayed passage of the bill for months.
“Our 9/11 heroes deserve this program as written,” Gillibrand said. “Let our heroes go home and live in peace and finally exhale.”
The bill would extend through 2092 a fund created after the 2001 terrorist attacks, essentially making it permanent. The $7.4 billion fund is rapidly being depleted, and administrators recently cut benefit payments by up to 70%.
The Congressional Budget Office estimates the House-passed bill would result in about $10.2 billion in additional compensation payments over 10 years, including more than $4 billion for claims already filed.
Senate Democratic Leader Chuck Schumer of New York said the bill guarantees “once and for all that the heroes who rushed to the towers 18 years ago will no longer have to worry about compensation for their families when they’re gone.”

First responders “won’t have to return to Congress anymore to fight for the compensation they always should have been given,” Schumer said. “They will be able to go home. That’s what they always wanted to do, just take care of themselves and their families.”
Senate Majority Leader Mitch McConnell, who been the subject of withering attacks from comedian Jon Stewart and other activists, also hailed passage of the bill.

The legislation makes “solemn commitments” to firefighters, police officers and other first responders who “rushed selflessly toward the World Trade Center” just moments after the 2001 terrorist attacks began, McConnell said.
“Congress can never repay these men, women and families for their sacrifices. But we can do our small part to try and make our heroes whole,” McConnell said.
The collapse of the World Trade Center in September 2001 sent a cloud of thick dust billowing over Lower Manhattan. Fires burned for weeks. Thousands of construction workers, police officers, firefighters and others spent time working in the soot, often without proper respiratory protection.
In the years since, many have seen their health decline, some with respiratory or digestive-system ailments that appeared almost immediately, others with illnesses that developed as they aged, including cancer.
More than 40,000 people have applied to the September 11th Victim Compensation Fund, which covers illnesses potentially related to being at the World Trade Center site, the Pentagon or Shanksville, Pennsylvania, after the attacks. More than $5 billion in benefits have been awarded out of the $7.4 billion fund, with about 21,000 claims pending.


Bill Named for 3 First Responders Who Died After 9/11

Stewart, a longtime advocate for 9/11 responders, had sharply criticized Congress for failing to act. He told lawmakers at an emotional hearing last month that they were showing “disrespect” to first responders now suffering from respiratory ailments and other illnesses as a result of their recovery work at the famous “pile” of rubble left by the 2001 attacks.
A subdued Stewart said Tuesday that his work on the bill “has been the honor of my life,” adding: “We can never repay all that the 9/11 community has done for our country. But we can stop penalizing them. Today is that day.”


“We can never repay all that the 9/11 community has done for our country. But we can stop penalizing them. Today is that day.” — Jon Stewart
Gillibrand and other lawmakers credited Stewart for raising the profile of the issue and forcing a vote, prompting the comedian to reply sarcastically, “Yes, I think we can all agree I’m the real hero.”
Lee said he did not object to the bill, but wanted to ensure the fund has proper oversight in place to prevent fraud and abuse. Paul said he was concerned about its effect on the deficit.
“While I support our heroic first responders, I can’t in good conscience vote for legislation which to my dismay remains unfunded,” Paul said. “I will always take a stand against borrowing more money to pay for programs rather than setting priorities and cutting waste.”
John Feal, a recovery worker at the World Trade Center site and a longtime activist, said there was “no joy, no comfort” in the bill’s passage. While he cried with Stewart and hugged him after the Senate vote, Feal said that was merely “to exhale, to get 18 years of pain and suffering out. And now it’s out.”
The bill is named in honor of three first responders who died after 9/11: New York City police detective James Zadroga, firefighter Ray Pfeifer and detective Luis Alvarez. Family members of all three men were in the Senate gallery for the final vote.
Related Topics:9/11first respondersJon StewartmoneyPresident Donald TrumpSenateSept. 11 attacksvictims
Up Next