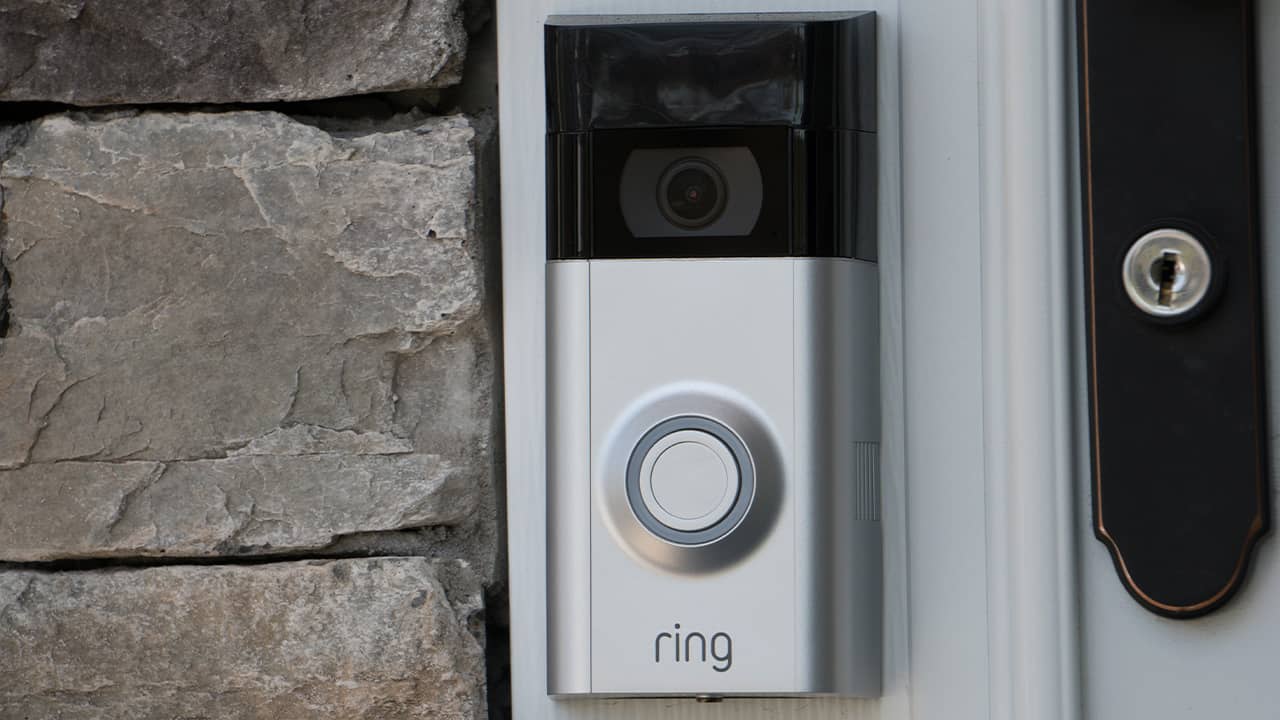 The woodsy community of Wolcott, Connecticut, doesn’t see a lot of crime. But when the police chief heard about an opportunity to distribute doorbell cameras to some homes, he didn’t hesitate.
The police who keep watch over the town of 16,000 raffled off free cameras in a partnership with the camera manufacturer. So far, the devices have encountered more bears than criminals, but Chief Ed Stephens is still a fan. “Anything that helps keep the town safe, I’m going to do it,” he said.
But as more police agencies join with the company known as Ring, the partnerships are raising privacy concerns. Critics complain that the systems turn neighborhoods into places of constant surveillance and create suspicion that falls heavier on minorities. Police say the cameras can serve as a digital neighborhood watch.
Critics also say Ring, a subsidiary of Amazon, appears to be marketing its cameras by stirring up fear of crime at a time when it’s decreasing. Amazon’s promotional videos show people lurking around homes, and the company recently posted a job opening for a managing news editor to “deliver breaking crime news alerts to our neighbors.”
“Amazon is profiting off of fear,” said Chris Gilliard, an English professor at Michigan’s Macomb Community College and a prominent critic of Ring and other technology that he says can reinforce race barriers. Part of the strategy seems to be selling the cameras “where the fear of crime is more real than the actual existence of crime.”

The cameras offer a wide view from wherever they are positioned. Homeowners get phone alerts with streaming video if the doorbell rings or the device’s heat sensors detect a person or a passing car. Ring’s basic doorbell sells for $99, with recurring charges starting at $3 a month for users who want footage stored. Ring says it stores the recordings for two months.

Tech industry analyst Carolina Milanesi said engaging with police and offering incentives is a “very smart move by Ring” and a missed opportunity for competitors, including Google’s Nest and smaller companies such as Arlo Technologies and SimpliSafe.
But a staff attorney at the American Civil Liberties Union of Southern California called the system “an unmitigated disaster” for the privacy of many neighborhoods.
Through the subsidy programs, Amazon “gets to offer, at taxpayer dime, discounted products that allow it to really expand its tentacles into wide areas of private life way more than it already has,” Mohammad Tajsar said.
The Los Angeles suburb of Arcadia has spent $50,000 to offer discounts on 1,000 cameras. Several other communities in the region also participate in subsidy programs, and officials in Los Angeles County just voted last month to get on board.
Officers can view a “heat map” that shows the general area where cameras are, but they do not see a camera’s actual location. If police want a video, they must contact Ring to see if the resident is willing to share, said Jennifer Brutus, senior management analyst for the Arcadia Police Department.
Arcadia launched its program at the end of 2017, and in the following year, the city saw a 25% decrease in residential burglaries, Brutus said. It’s hard to quantify how much of that is directly related to Ring, but she said the devices act as a deterrent.

In one case, a doorbell camera caught footage of four burglary suspects trying to enter a residence. Three were arrested at the time, but a fourth got away. After the homeowner gave Arcadia detectives some Ring video clips, police identified and arrested the last suspect.

He said sharing video is voluntary.
Green Bay, Wisconsin, gets one free camera for every 20 people who sign up for the Ring app through a city link. Initially, police required recipients of those free cameras to agree to provide any video police requested. It dropped the requirement after The Associated Press began reporting this story.
In the Minneapolis suburb of Coon Rapids, a thief stole a 7-foot, 150-pound bald eagle carving from Larry Eklund’s yard earlier this year. Police had a key piece of evidence: an image of the suspect looking directly into Eklund’s doorbell camera.
A few days went by with no leads. Then officers posted the video on social media. Hours later, the carving was returned.
“If we wouldn’t have had the Ring, we would have never been able to recognize the guy,” Eklund said. “I’m sure it would’ve been just really hard to get it back.”

But Coon Rapids opted not to partner with Ring and instead started its own in-house volunteer camera registry. Trish Heitman, a community outreach specialist for the police department, said the city did not want to promote a particular camera brand.
Another big issue was confidentiality. Coon Rapids keeps its list of registered camera owners private. If a crime occurs near a camera, police can contact homeowners in the registry to see if they want to share video.
If any partnership required data sharing, “we would never do it,” Heitman said.
Back in Wolcott, Ernie Field won a free Ring camera and said he had to register for the app to qualify for the raffle. Now he gets alerts on his phone when a car drives by and a short video when his daughter gets home from school.
“I don’t know if there’s more crime now, or we just know about it more because of social media,” he said.
Field, who said he had been looking at other cameras, wondered whether Wolcott’s partnership gave Amazon an unfair advantage.
“They have a monopoly over a lot of things,” he said. “And they’re kind of taking over everything.”

How to Beat Trump? Democrats Divided as He Rams Race Onto Ballot