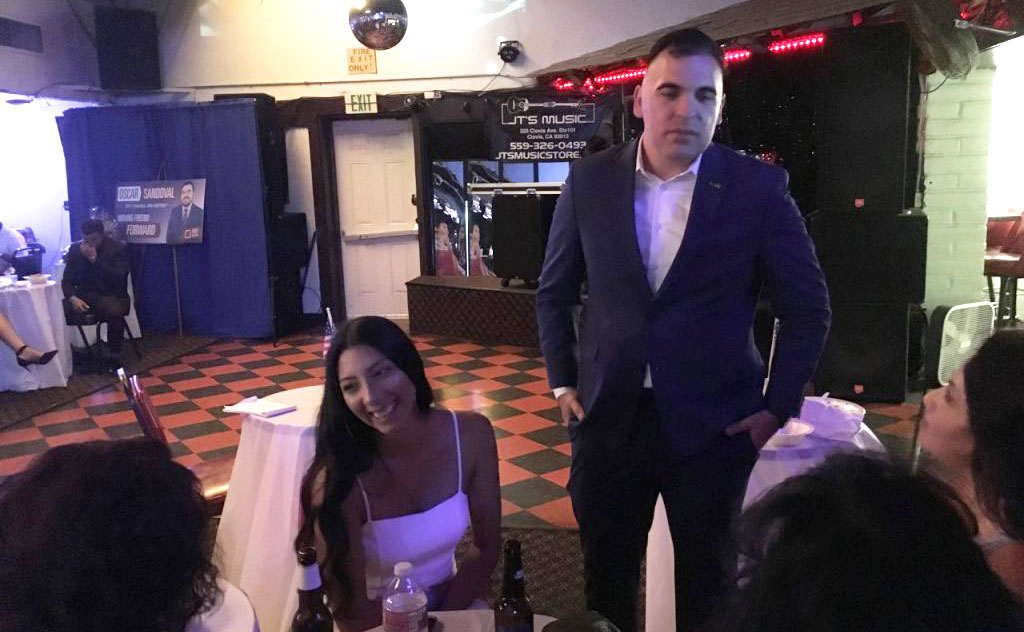 Oscar Sandoval believes the traditionally conservative northwest Fresno voters will accept his progressive ideas.
“We are about community, people power,” Sandoval said in describing his campaign for the area’s District 2 seat on the city council.

Last week, around 30 people attended an intimate setting at Intimo Cocktail Lounge in southwest Fresno for a Sandoval fundraiser. Although it’s not in the district, the owners volunteered the space.
Despite a nearly even registration of Republicans and Democrats (36%-35%), the district has a recent history of GOP representation in the non-partisan seat. Steve Brandau served for the last six years, and Andreas Borgeas for the four years before that. Both men are known for their conservative political thought.
Knowing that, Sandoval says it’s about the issues.
“If you focus on the issues and you have somewhat of a plan, then you can be a candidate that someone can get behind,” said Sandoval, who identifies as a progressive.
Who does he think is his base of support?
“Democrats, progressives, any independent that is really concerned about the future of our district and the future of our city as a whole,” Sandoval said.

Sandoval on the Issues

Timeline on Dyer Moving to Fresno

People have been asking Politics 101 about the timeline of when Jerry Dyer moved his residency to Fresno, based on his filing paperwork to run for mayor.
He filed his initial forms filed May 31, around the same time the media reported his move from the county to the city.
Candidates for mayor must show residency paperwork to prove they live in Fresno. The requirement was added this year to a corresponding act already in place for council (who also must show they live in the district).
Dyer’s paperwork filed thus far for his 2020 mayoral run show a postal store address. He’s not the only one. Andrew Janz and Elliott Balch use similar locations for their campaign paperwork.
And that OK, according to the residency act.
The act says a resident needs to live in the city 30 days prior to filing nomination papers. Thus far, the candidates only filed candidate intention and committee organization statements.
For 2020, the deadline for nomination is Dec. 6, meaning the latest a candidate can move into the city is Nov. 6.
Only Luis Chavez and Richard Renteria used their home addresses on campaign filings.

The latest quarterly federal election campaign fundraising numbers were released this week. Incumbents, as expected, continue to do well.

* Incumbent
According to California Target Book, Costa raised $339,771 in the second quarter.
Soria, the Fresno councilwoman, announced her entry into the race last week. She has six figures left over from her city council campaign.

* Incumbent
Valadao hasn’t officially announced he is running, although he said he is thinking about it. More than half his funds this cycle were transfers from other accounts, mainly from the Protect the House PAC and some of its individual contributors.

Cox said he raised $402,000 from 2,000 contributors in the second quarter.
“Every day I’m humbled by the tireless support for our campaign and I know I must work day and night to give the working families of the Central Valley the representation they deserve,” Cox said.


* Incumbent
Devin Nunes has raised a lot and spent a lot — $1.7 million. Three of the top four largest itemized expenses went to Oxford Communications, a total of $160,000 for “solicitation: printing and mailhouse – list rental.”
Fresno financial advisor Phil Arballo has a substantial fundraising advantage over two other Fresno businessmen who hope to topple Nunes — Bobby Bliatout and Dary Rezvani.
Arballo said he raised the money in June alone from 4,500 individual contributors.
“I’m humbled by the outpouring of support our grassroots campaign has received from individual contributors,” Arballo said. “Unlike Congressman Nunes, who’s doing the bidding of high-powered lobbyists and special interests in Washington, D.C., I refuse to take a dollar of corporate PAC money,” Arballo said.

Obscure Government Meeting of the Week

Earlier this month, I wrote about health care premiums rising for State Center Community College District employees.
SCCCD is one of three school districts that participate in a self-funded health care system called EdCare. It is governed by a board consisting of representatives from the three entities.

The group held its monthly meeting Tuesday in an office building at the Fig Garden Financial Center. Because EdCare consists of governmental institutions, the meetings are open to the public. I sat in for a portion of the meeting. 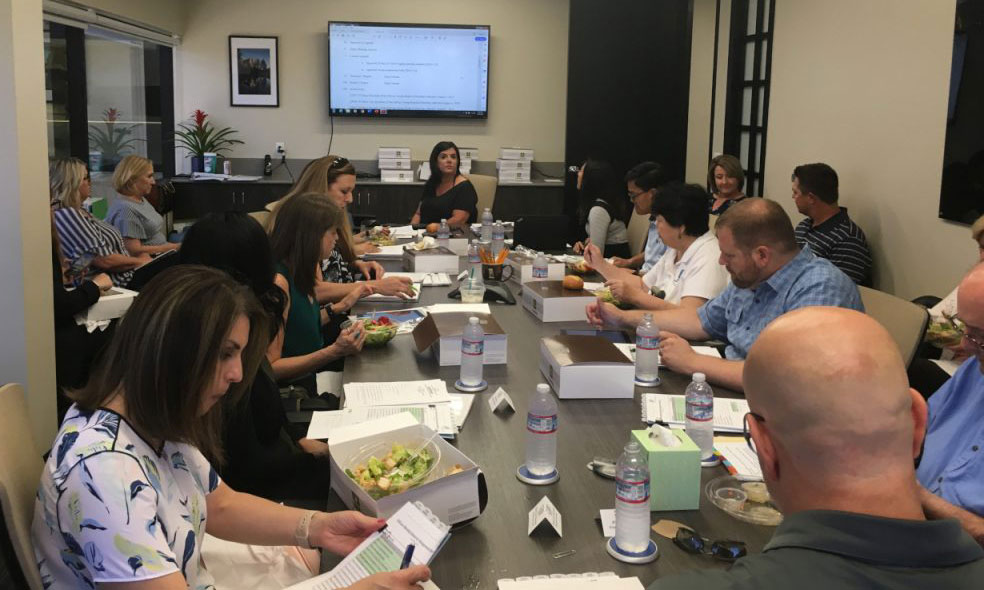 The EdCare governing board meets to discuss health plan issues. (David Taub/GV Wire)The group really does get into the nitty-gritty of health care. They discussed individual drugs the plan should or should not cover, lots of financial data, and actuary tables.
Not that there wasn’t a nugget of information from the meeting. The $4 million EdCare received from its member groups to help cover a shortfall was supposed to be paid back in three years.
An idea floated at the meeting is to expand the payback period from three to six years. That means the monthly amount per health care user falls from $62 to $31. It also means they have to pay that amount three years longer than originally planned.
No vote was taken on the extended payment plan, but one is expected in the next few months.
Related Topics:campaign financeFresnoFresno city council special electionHealth CareJerry DyerOscar Sandovalresidency actSCCCD
Up Next

Soria Named to Group of Advisers to Newsom on Homelessness