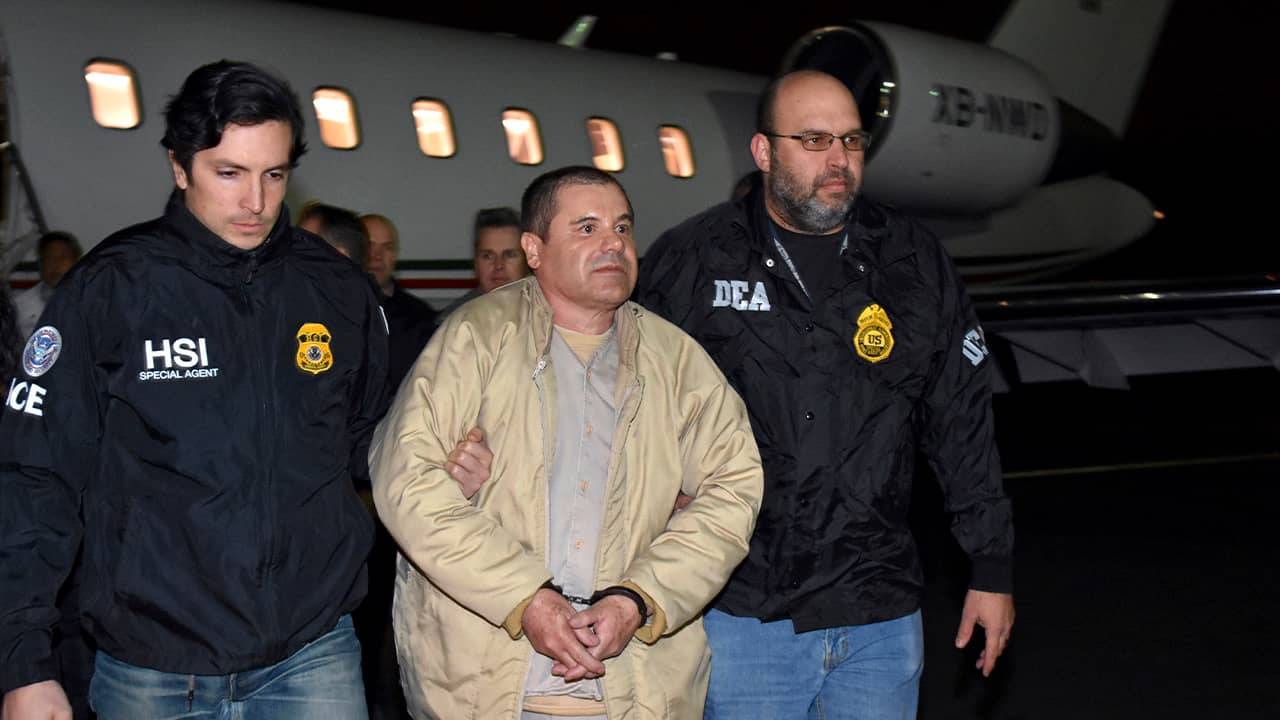 NEW YORK — The Mexican drug kingpin Joaquin “El Chapo” Guzman was sentenced Wednesday to life behind bars in a U.S. prison, a humbling end for a drug lord notorious for his ability to kill, bribe or tunnel his way out of trouble.

Defense Argued He Was Framed by Other Traffickers

The sentence — life plus 30 years— was pre-ordained. The guilty verdict in February at Guzman’s 11-week trial triggered a mandatory sentence of life without parole. Cogan also ordered Guzman to pay $12.6 billion in ill-gotten proceeds — money his drug-trafficking organization made distributing cocaine and other drugs around the United States.


Related Story: No Escape? El Chapo Likely off to 'Prison of All Prisons'

The evidence showed that under Guzman’s orders, the Sinaloa cartel was responsible for smuggling mountains of cocaine and other drugs into the United States during his 25-year reign, prosecutors said in court papers re-capping the trial. They also said his “army of sicarios” was under orders to kidnap, torture and murder anyone who got in his way.
The defense argued he was framed by other traffickers who became government witnesses so they could get breaks in their own cases. They also claimed his trial was tainted by jurors improperly viewing media coverage of the highly publicized case.
“A fair outcome was a fair trial— that’s all we wanted,” defense attorney Jeffrey Lichtman told reporters Wednesday outside the federal courthouse. “It was not justice. We can’t have a situation where the jurors are running around lying to a judge about what they were doing.”
Experts say he will likely wind up at the federal government’s “Supermax” prison in Florence, Colorado, known as the “Alcatraz of the Rockies.” Most inmates at Supermax are given a television, but their only actual view of the outside world is a 4-inch window. They have minimal interaction with other people and eat all their meals in their cells.

Guzman Reportedly Was Itching to Testify

While the trial was dominated by Guzman’s persona as a near-mythical outlaw who carried a diamond-encrusted handgun and stayed one step ahead of the law, the jury never heard from Guzman himself, except when he told the judge he wouldn’t testify.

Confusion, Fear Reigns on Mexico Border With New US Policy