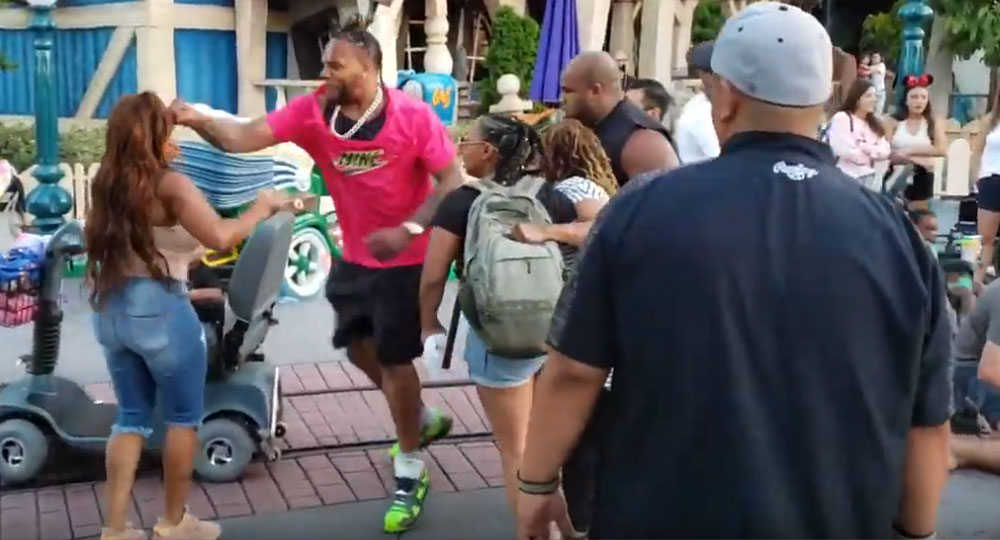 LOS ANGELES — A newly released video capturing a family’s brawl at Disneyland this weekend has prompted police to reopen their investigation into the fight, authorities said Monday.

Disneyland: Violence ‘Will Not Be Tolerated’

Anaheim police arrived after the fight was over, Wyatt said. The family members declined to cooperate with authorities and were escorted off Disneyland property.
“Any type of violence is inexcusable and will not be tolerated,” Disneyland Resort spokeswoman Liz Jaeger said in an email. “Those involved were immediately removed from the premises and turned over to the Anaheim Police Department.”

Police took an initial report but couldn’t move forward without the family’s cooperation, Wyatt said. Once officers saw the video, they reopened the case and will work with prosecutors to see if any charges should be filed, such as disturbing the peace, domestic violence, and assault.
Mike Lyster, a spokesman for the city attorney’s office, said it’s too early to think about filing charges and the police department must finish its investigation.
Police do not know what prompted the fight. No injuries were reported.

Candidates for Fresno Council Introduce Themselves