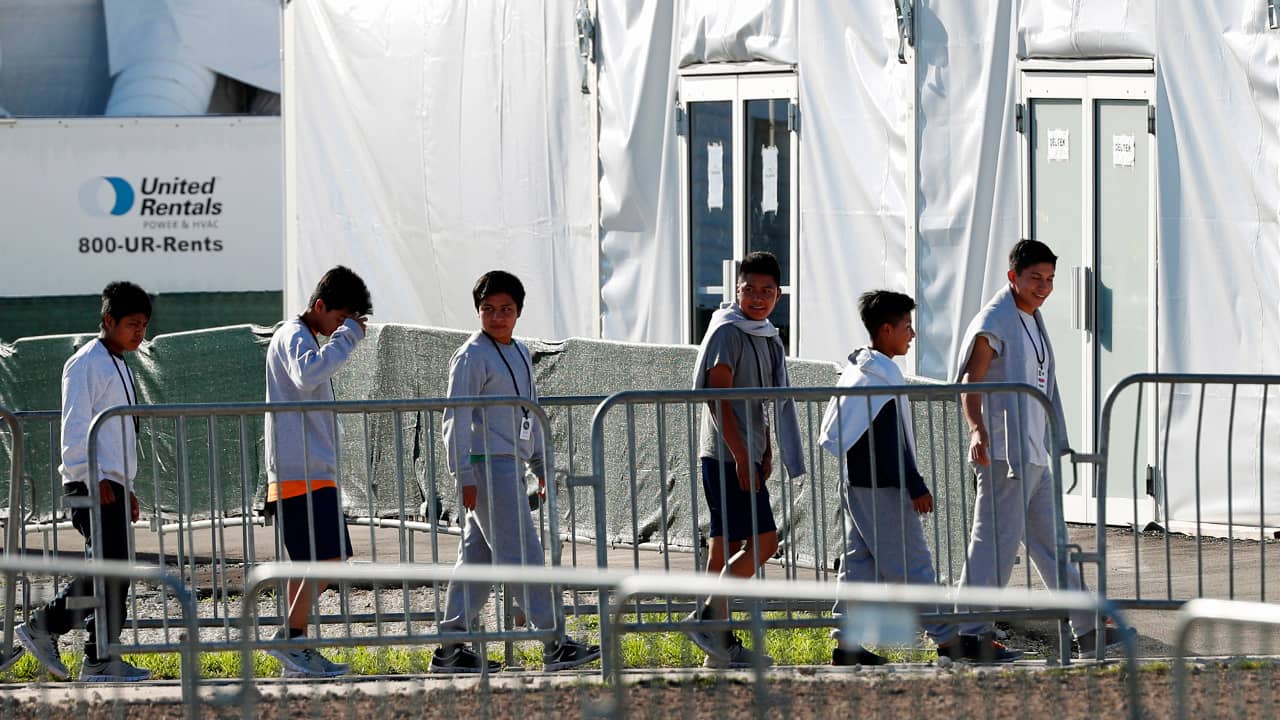 WASHINGTON — Acting Homeland Security Secretary Kevin McAleenan on Sunday defended conditions at U.S. Border Patrol stations following reports of crowded and unsanitary conditions that have heightened debate about President Donald Trump’s immigration policy, a trademark issue for his reelection campaign.
“It’s an extraordinarily challenging situation,” McAleenan told ABC’s “This Week.”
The Homeland Security Department’s internal watchdog provided new details Tuesday about the overcrowding in Texas’ Rio Grande Valley, the busiest corridor for illegal crossings. The report said children at three facilities had no access to showers and that some children under age 7 had been held in jammed centers for more than two weeks. Some cells were so cramped that adults were forced to stand for days on end.

Government inspectors described an increasingly dangerous situation, both for migrants and agents — a “ticking time bomb,” in the words of one facility manager. The report echoed findings in May by the department’s inspector general about holding centers in El Paso, Texas: 900 people crammed into a cell with a maximum capacity of 125; detainees standing on toilets to have room to breathe; others wearing soiled clothing for days or weeks.
In tweets Sunday afternoon, Trump went further than McAleenan in defending his administration’s response, accusing the news media of “phony and exaggerated accounts” but without providing evidence.
“Border Patrol, and others in Law Enforcement, have been doing a great job. We said there was a Crisis – the Fake News & the Dems said it was ‘manufactured,'” Trump wrote. Federal detention centers “are crowded (which we … brought up, not them) because the Dems won’t change the Loopholes and Asylum. Big Media Con Job!”

….United States Citizens first. Border Patrol, and others in Law Enforcement, have been doing a great job. We said there was a Crisis – the Fake News & the Dems said it was “manufactured.” Now all agree we were right, but they always knew that. They are crowded (which we…..

Democrats faulted Trump for not offering an immigration overhaul that could pass a divided Congress.
“The president is acting like we are some weak, pathetic country,” said Colorado Sen. Michael Bennet, a Democratic presidential candidate. “We have the ability to treat human beings humanely. We have the ability to lead our hemisphere in a discussion about how to deal with this refugee crisis,” he said on “Fox News Sunday.”
McAleenan said that since the first of the year, 200 medical providers have been added to facilities, including personnel from the U.S. Coast Guard and the Public Health Service Commission Corps. 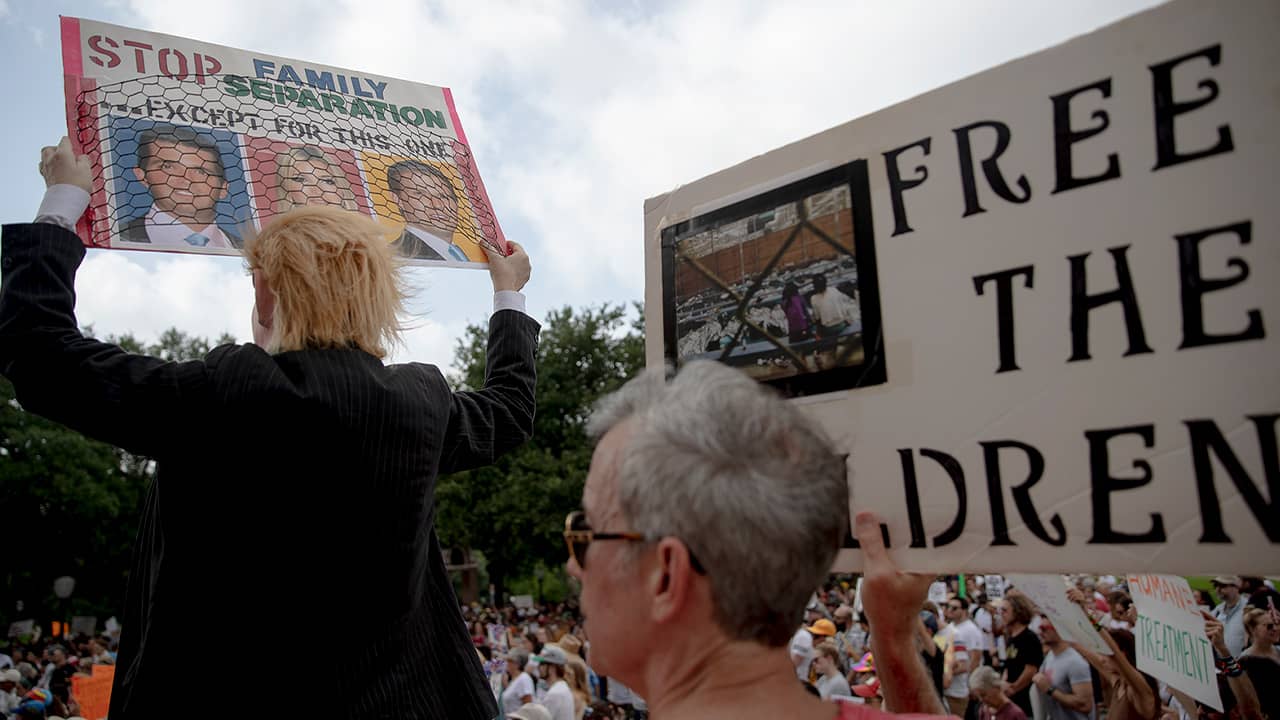 Heidi Turpin, left, dressed as President Trump, holds up a sign next to her husband, Jim, during a protest against detaining migrant children Thursday in Austin, Texas. (Nick Wagner/Austin American-Statesman via AP)

“Inadequate food, inadequate water and unclean cells. None of those have been substantiated.”
He said everyone in the chain of command is worried about the situation of children detained at the border. He said that on June 1, his department had 2,500 children in custody, including 1,200 who had been there for more than three days. As of Saturday, McAleenan said there were 350 children, and only 20 have been in the department’s custody for more than three days.

Why 1 in 4 Americans Say They Don't Plan to Retire. Ever.