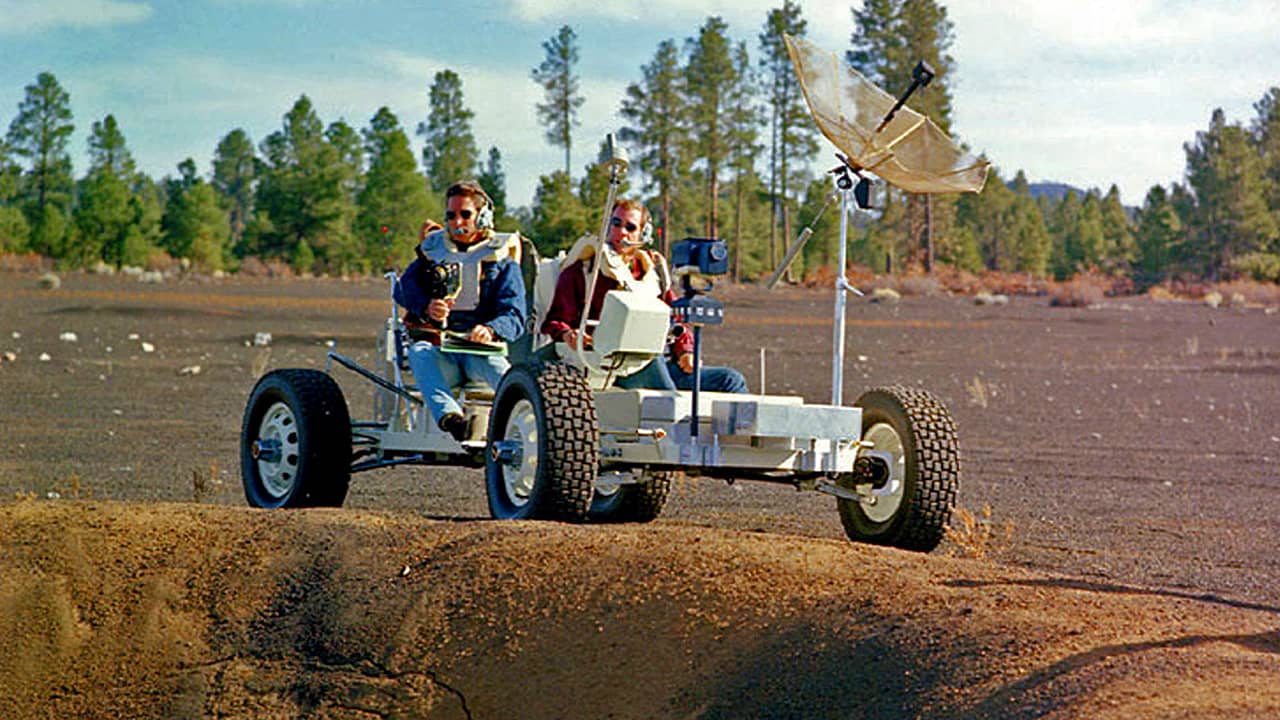 FLAGSTAFF, Ariz. — Before Neil Armstrong and Buzz Aldrin knew they would be the first to walk on the moon, they took crash courses in geology at the Grand Canyon and a nearby impact crater that is the most well-preserved on Earth. 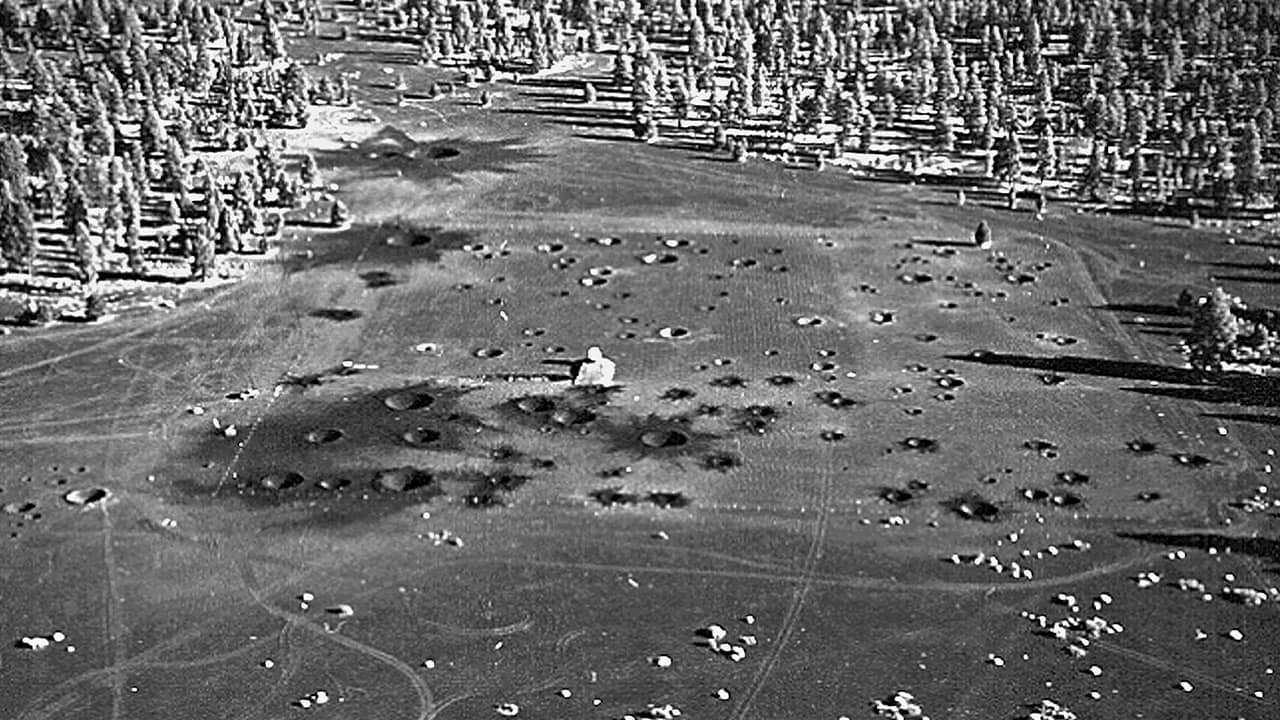 This 1968 photo shows man-made craters in a volcanic cinder field east of Flagstaff, Ariz. Astronauts who walked on the moon used the site for training. (U.S. Geological Survey Astrogeology Science Center via AP)

The region’s role in moon missions is credited to former Geological Survey scientist Gene Shoemaker, who moved the agency’s astrogeology branch to Flagstaff in 1963. It wasn’t long before Shoemaker guided Armstrong and Aldrin on hikes at Meteor Crater as he pushed to ensure NASA would include geology in lunar exploration.
A story passed down by geologists at the crater says Aldrin ripped his spacesuit on jagged limestone rocks that are part of the aptly named “tear-pants formation,” forcing a redesign, head tour guide Jeff Beal said.
Armstrong and Aldrin also hiked the Grand Canyon. A historical photo shows Armstrong carrying a rock hammer, a hand lens and a backpack for rock samples.


Related Story: Poll: Scanning for Asteroids More Urgent Than a Trip to Mars

Harrison “Jack” Schmitt was the only Apollo astronaut who didn’t train at the national park. The geologist left Flagstaff to become an astronaut, and while his comrades were learning geology, he was learning to be a pilot.
In another historical photo, Apollo astronauts Jim Irwin and David Scott ride around in Grover, a prototype of the lunar rover made in Flagstaff from spare parts and now on display at the Astrogeology Science Center.
The eventual lunar rover used in three Apollo missions famously got a broken fender on a 1972 mission to the moon. Astronauts cobbled together a quick fix that included a map produced by geologists in Flagstaff.

In yet another historical photo, Pete Conrad and Alan Bean stand in the volcanic cinder field bordered by ponderosa pine trees holding a tool carrier. Bean would later say: “I now love geology, thanks to these early experiences in Flagstaff,” local historian Kevin Schindler co-wrote in a book on space training in northern Arizona. 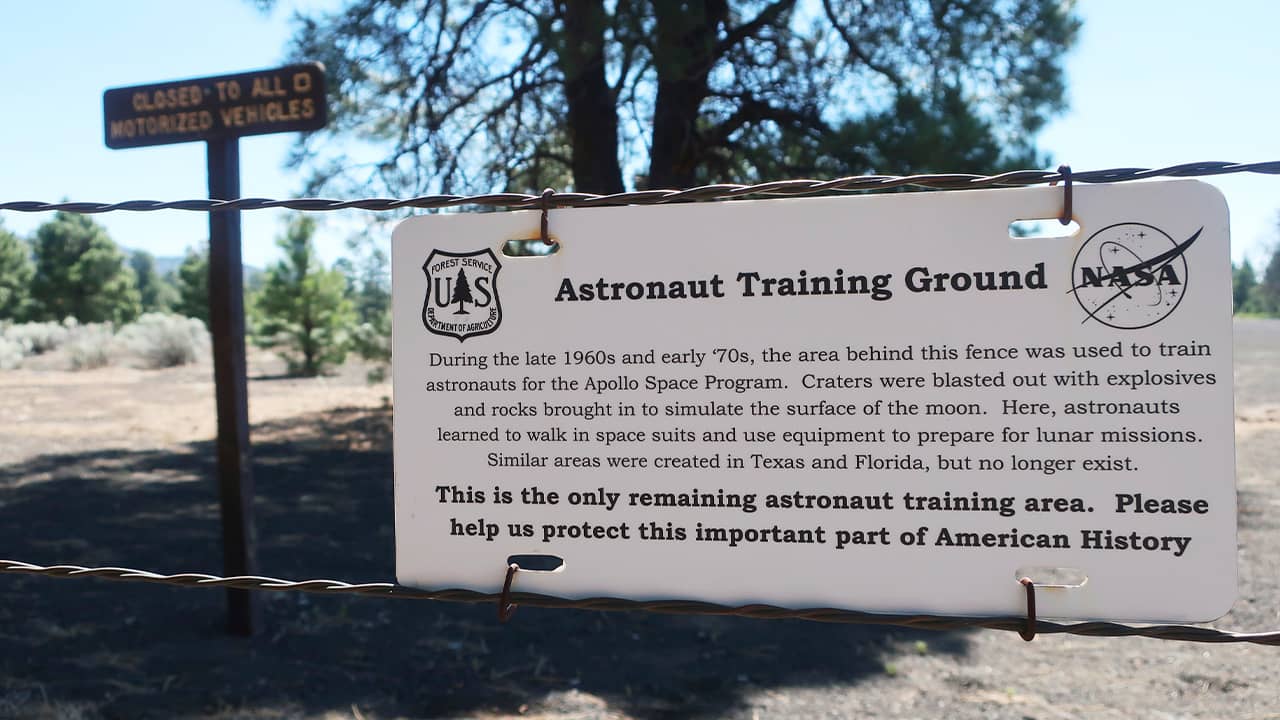 This June 2019 photo shows a fenced-off area in a volcanic cinder field east of Flagstaff, Ariz., that was used as a training site for astronauts who landed on the moon. (AP Photo/Felicia Fonseca)

Acknowledging Its Importance in Moon Missions

Retired Flagstaff geologist Gerald Schaber plans to celebrate the lunar legacy wearing the same turquoise bolo tie that distinguished Shoemaker’s Arizona crew from others who worked on moon missions. Schaber was at Mission Control in Houston in 1969, monitoring black-and-white images while bent over a map trying to gauge the distance between Armstrong and Aldrin using cutouts of the men.
“I was just trying to do the best I could with the primitive tracking ability we had in those days,” he said from his home in Flagstaff where he has a signed photograph of a hill on the moon that Apollo 15 astronauts referred to “Schaber Hill.”
Of the three crater fields created in northern Arizona for astronaut training in the late 1960s, only one has a sign acknowledging its importance in the moon missions. Visitors can walk through gaps in a barbed-wire fence and feel their feet sink into the volcanic cinders, although not as deep as the astronauts’ feet on the moon.
The craters don’t come into view without being close up, some as darkened, shallow depressions and others as giant welts in the ground partially lost to the weather.
Arizona has approved a nomination to list several of the training sites on the National Register of Historic Places to better preserve them, but federal approval is still needed.