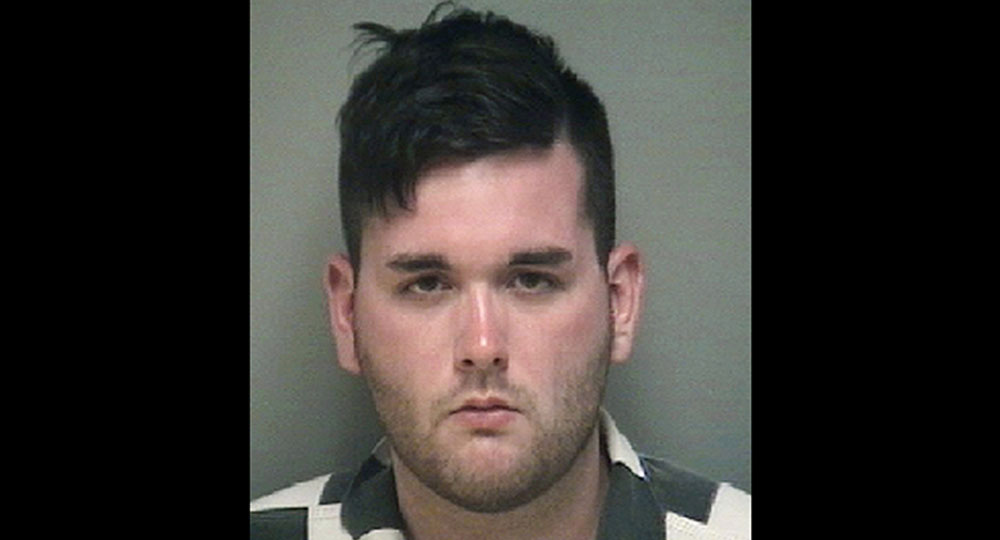 CHARLOTTESVILLE, Va. — An avowed white supremacist who drove his car into a crowd of counterprotesters during a white nationalist rally in Virginia was sentenced to life in prison Friday on hate crime charges.


More than a dozen survivors of and witnesses to the attack delivered emotional testimony about the physical and psychological wounds they received as a result of the events that day.
James Alex Fields Jr. of Maumee, Ohio, had pleaded guilty in March to the 2017 attack that killed one person, 32-year-old Heather Heyer, and injured more than two dozen others. In exchange, prosecutors dropped their request for the death penalty. His attorneys asked for a sentence less than life. He will be sentenced next month on separate state charges.
Before the judge handed down his sentence, Fields, accompanied by one of his lawyers, walked to a podium in the courtroom and spoke.
“I apologize for the hurt and loss I’ve caused,” he said, later adding, “Every day I think about how things could have gone differently and how I regret my actions. I’m sorry.”

Fields’ comment came after more than a dozen survivors of and witnesses to the attack delivered emotional testimony about the physical and psychological wounds they had received as a result of the events that day.
The “Unite the Right” rally on Aug. 12, 2017, drew hundreds of white nationalists to Charlottesville to protest the planned removal of a statue of Confederate Gen. Robert E. Lee.
The case stirred racial tensions around the country.
Fields was charged with 29 hate crime counts and one count of “racially motivated violent interference.” He pleaded guilty to 29 of the counts.
In a sentencing memo filed in court last week, Fields’ lawyers asked U.S. District Judge Michael Urbanski to consider a sentence of “less than life.”
“No amount of punishment imposed on James can repair the damage he caused to dozens of innocent people. But this Court should find that retribution has limits,” his attorneys wrote.
Fields faces sentencing in state court on July 15. A jury has recommended life plus 419 years.