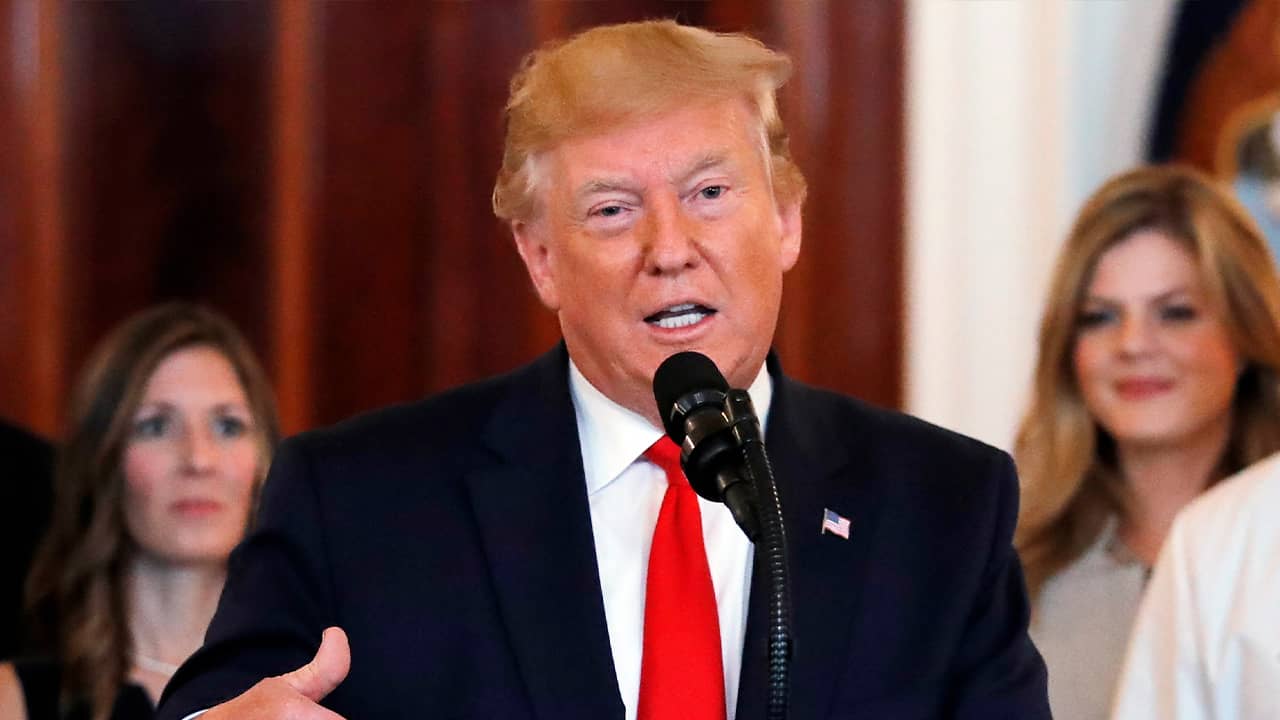 WASHINGTON — President Donald Trump’s abrupt decision against military strikes may have prevented open military conflict with Iran, but it also showed him anew to be an unpredictable, unreliable, partner at home and abroad.

Iran Standoff Perhaps the Most Dangerous

His backing off on military strikes that were about to be launched in retaliation for the shootdown of an unmanned U.S. drone was just one of several recent tactical shifts by the White House on significant issues. Over the weekend, Trump changed course over immigration raids that had stoked fear among people and families living in the country illegally. He postponed steep tariffs he had announced on Mexico earlier this month, giving immigration talks more time.
The Iran standoff, however, is perhaps the most dangerous, as the two countries escalate rhetoric and actions that raise concerns in Congress and the world at large that Iran and the U.S. could stumble into broad military conflict.

When lawmakers asked the president last week how he would be making his decision on Iran, he responded, “My gut.”
While that decision not to order military strikes appears to have calmed tensions with Iran, at least somewhat, Trump’s messages leave uncertainty about next steps.
“We’ve never seen anything like it,” said Rep. Tom Malinowski, D-N.J., a newly elected freshman who served as an assistant secretary of state in the Obama administration.
“I’m glad that he changed his mind about the strike, made the right decision, but he made it in the worst possible way,” Malinowski said in an interview Monday. “I don’t think anyone has any clue what our policy is.”

GOP defense hawks, including Rep. Liz Cheney of Wyoming, the former vice president’s daughter, warn against Trump’s approach, too. She told a radio host that “weakness is provocative” when it comes to confronting Iran and other adversaries.

While European leaders have been careful not to criticize Trump’s actions, they’re also cool toward U.S. talk of building a global coalition against Iran.
German Foreign Minister Heiko Maas told ZDF television over the weekend, “The strategy of maximum pressure can’t be the right one, because one of the consequences is that we are all talking about how serious the situation is, and that there is a danger of war.”


Related Story: Amid Tough Talk, Trump Says He Could Be Iran’s ‘Best Friend’

Germany, France and Britain, as well as Russia and China, remain part of the nuclear deal that Trump abandoned last year as he tries to cut a new accord that would further curtail Iran’s nuclear capability.
Israeli Prime Minister Benjamin Netanyahu, a close friend of the president, has welcomed Trump’s tough line toward Iran, including last year’s U.S. pullout from the nuclear deal. But the Israeli leader has said little in public during the recent crisis, apparently wary of being seen as pushing the U.S. toward war.
Yoel Guzansky, a former adviser on Iran policy in the prime minister’s office and now a senior fellow at the Institute for National Security Studies in Israel, said the administration’s decision against a strike essentially sent Iran the message that “if you don’t kill Americans you can do whatever you want in the Gulf.”

But Tzachi Hanegbi, a Cabinet minister close to Netanyahu, played down Trump’s last-minute decision to call off last week’s airstrike.

Tributes to Michael Jackson Flow 10 Years After His Death