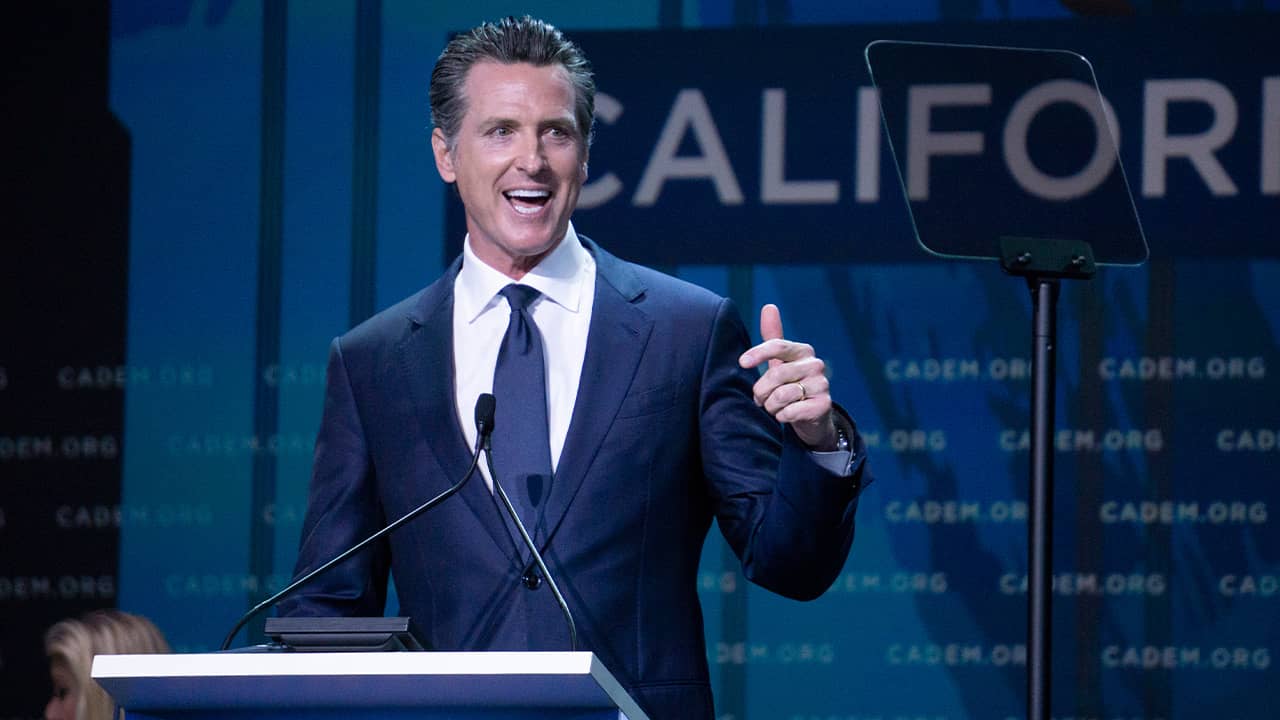 California government’s technology drastically pales in comparison to Silicon Valley, but Gov. Gavin Newsom is betting $40.8 million and a new office will change that. Even though California is home to innovative tech giants like Google and Apple, its government historically has used technology that can’t handle simple tasks–like accepting a credit card at the DMV, or in some cases, offer fully functioning websites. To combat this stark digital divide, Gov. Gavin Newsom proposed the Office of Digital Innovation. Funding is tucked into the budget starting July 1.
Can a new office and $40.8 million fix a decades-long problem? That depends on who you ask. Newsom won enough legislative support to get the funding approved. But observers remain skeptical as to what the office can actually accomplish given entrenched bureaucracy. Assembly Majority Leader Ian Calderon, a Whittier Democrat, counts himself as one of Newsom’s supporters and said he wished the office was created a long time ago.
“We live in the tech capital of the world, yet we don’t have anybody driving the modernization of how we as government operate and provide services to the people we represent,” Calderon said.
Calderon is co-chair of the Legislature’s tech caucus. He said he remembers taking calls as a field representative for the Legislature in 2010 and helping a single mother who was having trouble navigating the Employment Development Department. She was unemployed and needed her unemployment benefits to pay bills and buy food for her children, he said. She finally called him to ask for help. The woman had spent hours on the phone trying to access her benefits.

DMV Will Not Be First Agency Helped

“I just want us to be more effective and more efficient,” Calderon said. “When people are calling a state agency because they’re having an issue, they don’t have time to spend three hours on the phone.”


“I just want us to be more effective and more efficient. When people are calling a state agency because they’re having an issue, they don’t have time to spend three hours on the phone.” — Assembly Majority Leader Ian Calderon
Newsom was outspoken about technology problems in California’s bureaucracy even before he was elected. He called for pushing democracy into the digital age with a book he co-authored in 2013: “Citizenville: How to Take the Town Square Digital and Reinvent Government.” In an interview with Google, Newsom said, “California is on the leading and cutting edge of 1973.”
As an example, Newsom early this year pointed to the Department of Motor Vehicles’ inability to accept credit card payments in field offices.
Despite Newsom’s attention, the DMV will not be the first agency helped by the upcoming office, said Government Operations Agency Secretary Marybel Batjer. The Office of Digital Innovation will be housed under her agency since its mission will be to help Californians navigate a bureaucratic tangle of poorly performing websites.
“Our first and most important thing to do is begin to hire,” she said. The budget calls for 50 positions and, once filled, “we’ll begin investigating and learning from department agencies where the greatest need is and we’ll set a path forward.”

Batjer said the DMV is “ripe” for innovation, and she mentioned California’s Health and Human Services Agency as another entity that could use a technological boost. The Department of Health Care Services, which is housed under the agency, has faced its own technological snafus, like making questionable Medi-Cal payments and denying Medi-Cal coverage to eligible Californians.
Batjer said the new office will be modeled after other government digital agencies, including the federal office 18F, which was created in 2013 after the disastrous rollout of the Affordable Care Act. (That agency reportedly faces its own problems under the Trump Administration.) California’s office also will look at the United Kingdom’s Government Digital Service. Both offices focus on user needs and take a start-up approach to tech.
Batjer said California’s office will complement the Department of Technology, which also is under Government Operations.
Amy Tong, California Department of Technology director and state chief information officer, said the new office will be expected to bring innovative approaches to technology, honed in Silicon Valley, to state offices that are stuck in “legacy” mode and unable to figure out how to update.
For instance, the office might help state workers become more efficient by streamlining processes that take many steps into ones that only require a few.
Yet to truly succeed, some say state employees need to do more than become more efficient. They need to adopt a new attitude about technology.

Got a Beef With Code Enforcement? A New 'Sheriff' Is in Charge.