Trump, Outsider Turned Insider, Sells Himself as Rebel for 2020 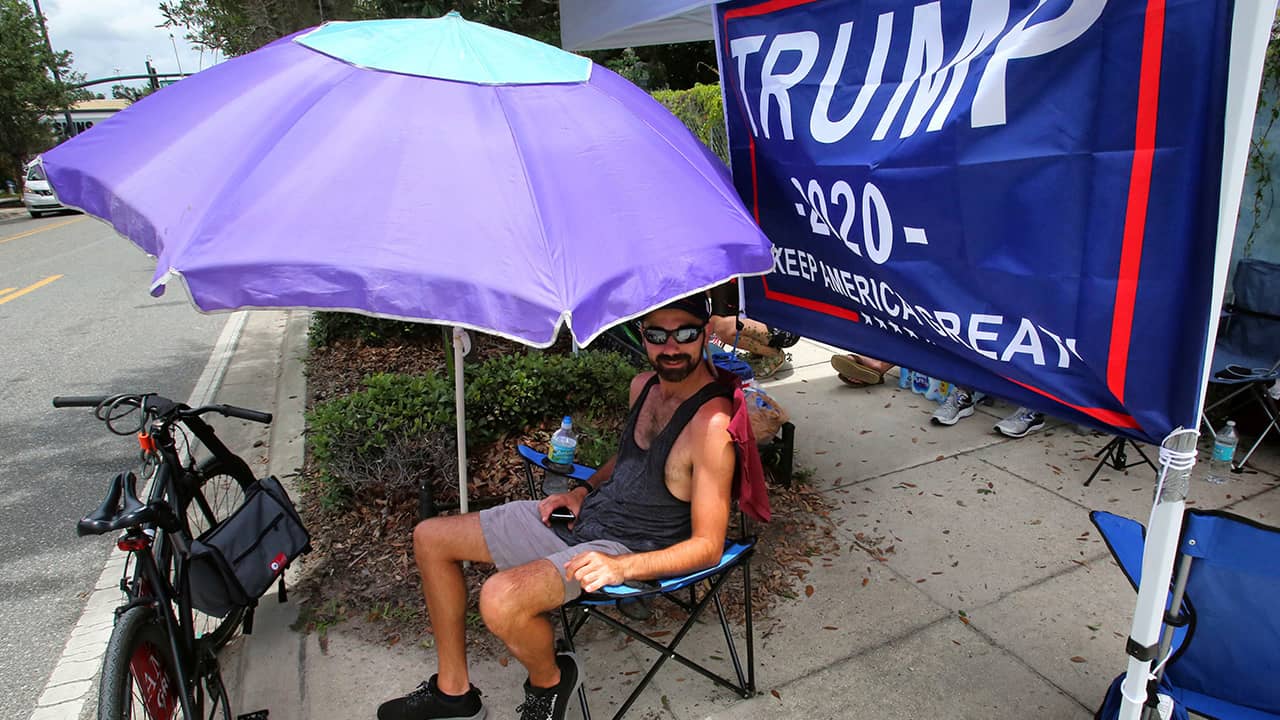 WASHINGTON — President Donald Trump captured the Republican Party and then the presidency in 2016 as an insurgent intent on disrupting the status quo. As he mounts his bid for reelection, Trump is offering himself as the outsider once again — but it’s a much more awkward pitch to make from inside the Oval Office.
Trump is set to formally announce his 2020 bid Tuesday at a rally in Orlando, Florida, where advisers said he aims to connect the dots between the promise of his disruptive first-time candidacy and his goals for another term in the White House. His promises to rock the ship of state are now more than an abstract pledge, though, complicated by his tumultuous 29 months at its helm.
Any president is inherently an insider. Trump has worked in the Oval Office for two years, travels the skies in Air Force One, and changes the course of history with the stroke of a pen or the post of a tweet.

“We’re taking on the failed political establishment and restoring government of, by and for the people,” Trump said in a video released by his campaign Monday to mark his relaunch. “It’s the people, you’re the people, you won the election.”
That populist clarion was a central theme of his maiden political adventure, as the businessman-turned-candidate successfully appealed to disaffected voters who felt left behind by economic dislocation and demographic shifts. And he has no intention of abandoning it, even if he is the face of the institutions he looks to disrupt.

Democrats Say Trump Won’t Get Away With Outsider Branding

He underscored that on the eve of the Orlando rally, returning to the hardline immigration themes of his first campaign by tweeting that “Next week ICE will begin the process of removing the millions of illegal aliens who have illicitly found their way into the United States.” That promise, which came with no details and sparked Democratic condemnation, seemed to offer a peek into a campaign that will largely be fought along the same lines as his first bid, with very few new policy proposals for a second term. Eager to Use the Power of the Office

Republicans working with the Trump campaign but not authorized to speak publicly about internal conversations said campaign advisers believe that Trump is still perceived as a businessman and point to his clashes with the Washington establishment — including Congress, the so-called Deep State and members of his own party — as proof that he is still an outsider rather than a creature of the Beltway. Helping further that image, Trump advisers believe, is that his main Democratic foils are all career politicians: House Speaker Nancy Pelosi, Senate Minority Leader Chuck Schumer, former Vice President Joe Biden and, yes, Hillary Clinton.
“He promised that he’d go to Washington and shake things up, and he certainly has,” said Trump campaign manager Tim Murtaugh.

Still, it’s not as though Trump is running from Washington. If anything, he’s wrapping himself in the trappings and authorities of his office. Last week, Trump granted behind-the-scenes access to his limousine, Marine One helicopter and Air Force One for an hourlong ABC News special meant to highlight the singular advantage he has over his rivals — that he already has the job they want.
And Trump is eager to use the power of the office to further his case for reelection. Last month in Louisiana, he promised voters a new bridge if he wins, and in the pivotal Florida Panhandle, he pledged new disaster relief money would flow in a second Trump term.

Trump advisers also point to his popularity among white working-class voters, who consider themselves “forgotten Americans” left behind and mocked by elite insiders. For those voters, many of whom in 2016 cast their first ballots in decades, Trump remains the embodiment of their outsider grievances, their anger stoked by his clashes with political foes and the rest of government (even when his party controls it).


Trump advisers also point to his popularity among white working-class voters, who consider themselves “forgotten Americans” left behind and mocked by elite insiders.
Advisers believe that, in an age of extreme polarization, many Trump backers view their support for the president as part of their identity, one not easily shaken. They point to his seemingly unmovable support with his base supporters as evidence that, despite more than two years in office, he is still viewed the same way he was as a candidate: the bomb-throwing political rebel.
Americans acknowledge Trump is a change agent, but they are divided in their views of that change. Early this year, a CNN poll found about three-quarters of Americans saying Trump has created significant changes in the country, and they split about evenly between calling it change for the better and change for the worse. More recently, a March poll from CNN showed 42% of Americans think Trump can bring the kind of change the country needs.
Some rally-goers began to line up a full day in advance for the Orlando kickoff, which the campaign aggressively promoted on social media and tried to give a festival feel with live music and food. But while the event is being billed as beginning of the president’s campaign, Trump filed the paperwork officially announcing his bid within hours of his inauguration on Jan. 20, 2017.
Related Topics:businessman-turned-candidateICEimmigrationoutsiderPresident Donald TrumprallyreelectionRepublican Party
Up Next

Investigation: Many US Jails Fail to Stop Inmate Suicides