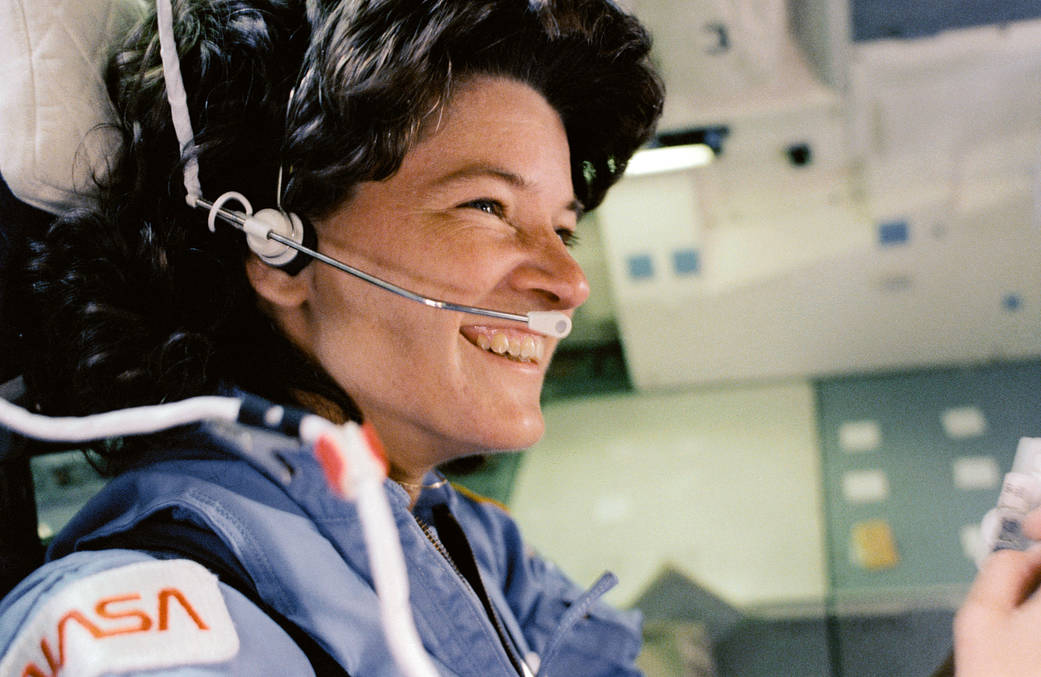 On June 18, 1983, Sally Ride became the first U.S. woman to blast into space when the space shuttle Challenger launched from NASA’s Kennedy Space Center.
Only 32 years old, she also was the youngest American astronaut of any gender.


“It may be too bad that our society isn’t further along and that this is such a big deal.” — astronaut Sally Ride
And though it wasn’t publicly known until after Ride’s death in 2012, she had a female partner for more than 25 years — making her the first known LGBT astronaut.

Ride Had a Ph.D. in Physics

A few other tidbits about Ride:
— Born in Los Angeles, she was precocious and athletic as a kid, reading the sports section at age 5 and developing into a standout tennis player.
— She earned a Ph.D. in physics from Stanford at a time when just 3% of doctoral candidates in physics nationwide were women.
— The media peppered her with dumb questions. For example, “Do you cry when things go wrong on the job?” And another one: “What kind of make-up will you carry?”
— However, she endured such questions with grace while also driving home a point about feminism and her job as an astronaut: “It may be too bad that our society isn’t further along and that this is such a big deal.”
You can learn more about Ride in the animated PBS video below.

Tensions Rise as Iran Speeds Up Enrichment, US Sends Troops