US, Iran Exchange Accusations in Wake of Attacks on Oil Tankers 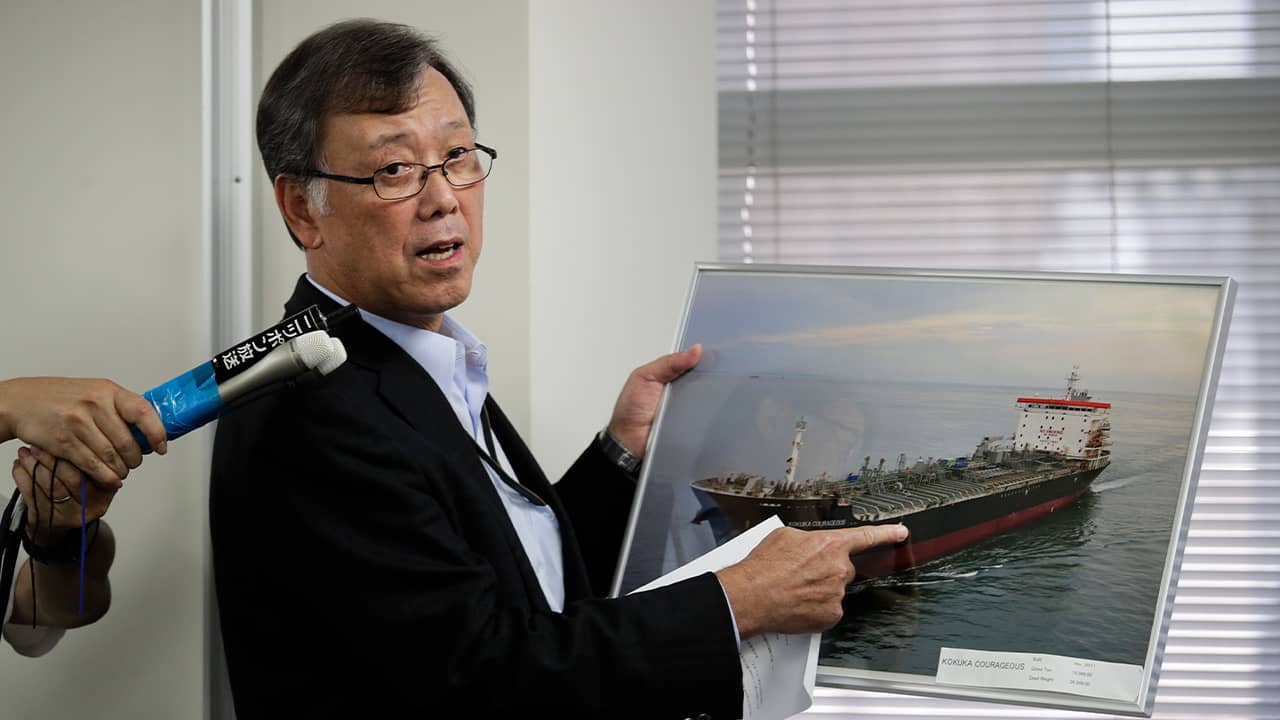 The U.S. military released a video Friday it said showed Iran’s Revolutionary Guard removing an unexploded limpet mine from one of the two oil tankers targeted near the Strait of Hormuz, suggesting Tehran wanted to hide evidence of its alleged involvement.  Iran’s president, meanwhile, assailed the Trump administration, accusing it of radicalizing the situation in the Mideast and pursuing an aggressive policy against his country.

At a news conference in Tokyo, Yutaka Katada, president of Kokuka Sangyo Co, said he believed the flying objects seen by the sailors could be bullets, and denied the possibility of mines or torpedoes because the damage was above the ship’s waterline. He called reports of mine attack “false.”

‘Iran Did Do It,’ Trump Says

Katada said the crew members spotted an Iranian naval ship nearby, but did not specify whether that was before or after the attacks.
Four other oil tankers off the nearby Emirati port city of Fujairah suffered similar attacks in recent weeks, and Iranian-allied rebels from Yemen have struck U.S. ally Saudi Arabia with drones and missiles.
Iran accused Washington of waging an “Iranophobic campaign” against it, while U.S. President Donald Trump countered that the country was “a nation of terror.”
“Iran did do it,” he said of the attack, in remarks Friday morning to “Fox & Friends.” The black-and-white U.S. video shows a small boat coming alongside the Japanese-owned tanker Kokuka Courageous hours after its crew abandoned ship, said Capt. Bill Urban, a spokesman for the U.S. military’s Central Command. U.S. officials separately shared photos of the vessel, which showed what they described as a conical limpet mine attached to its side.
In the video, the small boat pulls alongside Kokuka Courageous at 4:10 p.m. Thursday. A member of the crew reaches up and grabs along where the attached object could be seen in the photo. They then sail away. American officials said the boat belonged to Iran’s paramilitary Revolutionary Guard

Limpet mines, which are magnetic and attach to a ship’s hull, are designed to disable a vessel without sinking it.
Analysts say Iran, if involved, wouldn’t want investigators to find an unexploded mine because they could check its serial numbers and other attributes to trace it.
On Friday, Iranian foreign minister said in a tweet that the United States “immediately jumped to make allegations against Iran-w/o a shred of factual or circumstantial evidence.”
He said the United States was trying to cover up economic terrorism, referring to sanctions the U.S. re-imposed on Iran.

On Thursday, Iranian President Hassan Rouhani criticized the United States for walking out of Iran’s nuclear deal with world powers and re-imposing sanctions on Tehran.
Rouhani says the U.S. is “using all opportunities for radicalizing the situation, which undermines the stability not only in our region but in the whole world.”
He added that America has been “carrying out an aggressive policy and posing a serious threat to regional stability.”
Trump withdrew America last year from the 2015 nuclear deal that Iran reached with world powers and recently imposed a series of sanctions now squeezing its beleaguered economy and cutting deeply into its oil exports. While Iran maintains it has nothing to do with the recent attacks, its leaders repeatedly have threatened to close the vital Strait of Hormuz, through which 20 percent of the world’s oil flows.
Related Topics:AsiaeconomiesMiddle EastoilSouth KoreaStrait of Hormuztensions
Up Next