Lock HIM Up? Dems Weigh What to Do About Trump's Deeds 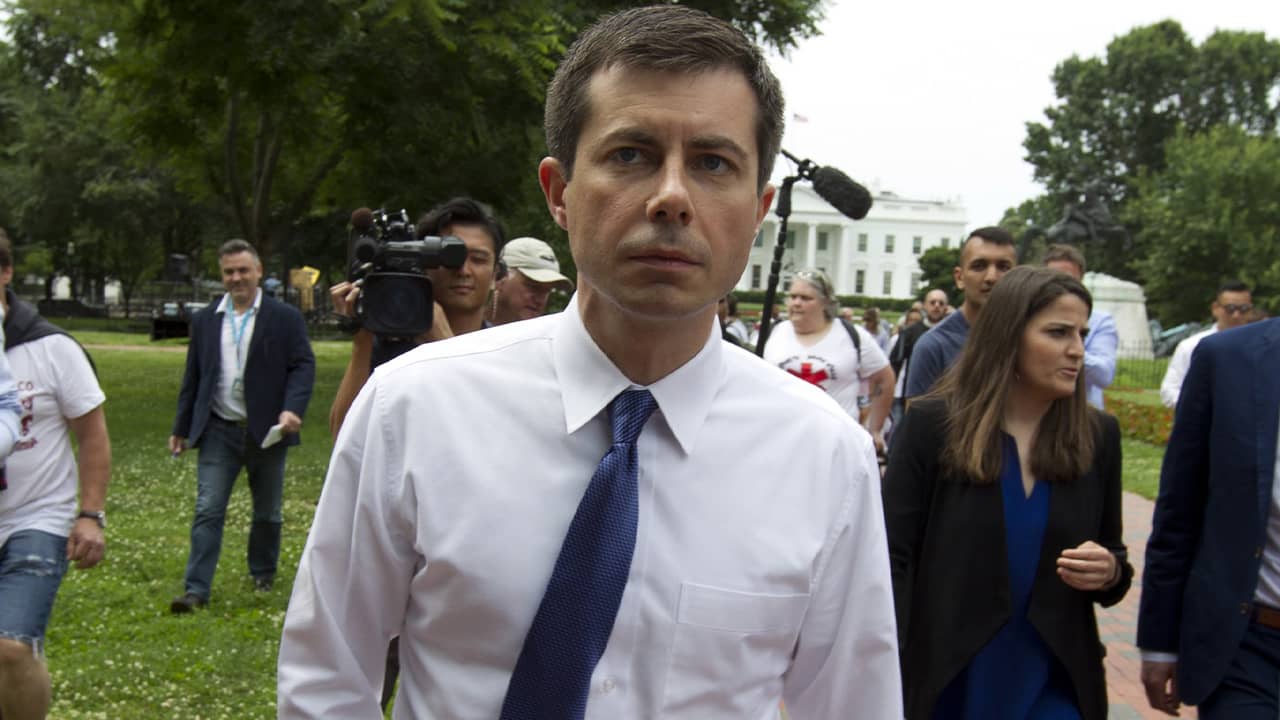 WASHINGTON — With a familiar chant, President Donald Trump’s backers during his 2016 campaign regularly called for Hillary Clinton to be thrown in prison. Now top Democrats are grappling with fraught questions about whether to lock him up.
As Democrats in Congress press for continued investigation of Trump while he remains in office, the party’s presidential candidates are weighing how to address his alleged misdeeds when he’s no longer in the White House. It’s a question that raises the potential of Democrats politicizing law enforcement, something they’ve blasted Trump for doing.
Democratic presidential candidate Kamala Harris said in an interview released Wednesday that if she wins the White House, her Justice Department “would have no choice” but to pursue an obstruction of justice case against Trump after he leaves office. Fellow 2020 hopeful Pete Buttigieg said that if he beats Trump, he would support a future criminal investigation.
Harris’ and Buttigieg’s comments come after House Speaker Nancy Pelosi told fellow Democrats that she would rather see Trump defeated in the election, then imprisoned, than impeached in Congress. That’s partly a way to quiet the push from multiple Democrats vying to replace Trump, who want their party to start the impeachment process.

Impeachment Is Shy of Majority Support

Vowing to seek charges against Trump after he leaves office brings risk for Democratic White House hopefuls, given their own party’s repeated excoriations of the Republican president for politicizing the Justice Department, as when he threatened repeatedly in the 2016 campaign to prosecute Clinton once he became president.
Even the idea of impeachment, though popular with Democrats’ base voters, is shy of majority support with the general public, polls indicate.

Harris’ and Buttigieg’s comments raise questions about how willing Democrats are to keep bending norms of governmental behavior, such as the usually bright line between politics and federal prosecutions, that Trump has shattered.
Harris, a California senator and former prosecutor who is running in part on the strength of her legal and law enforcement experience, appeared to have taken a step farther than her opponents in affirming that a Justice Department in her administration “should” look at charging Trump with obstruction after his presidency.
“Everyone should be held accountable,” Harris told NPR in an interview. “And the president is not above the law.”
Buttigieg told The Atlantic on Wednesday, “To the extent that there’s an obstruction case, then, yes, DOJ’s got to deal with it.” Nearly half of the more than 20 Democratic primary candidates are calling for the start of an impeachment inquiry, Harris and Warren among them. Few contenders, though, are making that stance a centerpiece of their campaigns.
Buttigieg last month stopped short of directly pushing Congress to pursue impeachment proceedings.
Washington Gov. Jay Inslee said in New Hampshire that the Justice Department has a responsibility to look into whether Trump should be charged but the process “should not be under the control of the president.” Former Texas Rep. Beto O’Rourke, who’s also in the race, recently said his Justice Department would ensure “accountability and justice,” but he did not commit his administration to pursuing a case against Trump.
Presidents have often avoided politically charged prosecutions when taking office, in the interest of national unity.

Ford’s pardon of fellow Republican Nixon after his resignation was widely panned at the time but later perceived by historians to have helped put Watergate in the past. Barack Obama resisted calls from liberals to launch a widespread investigation into the George W. Bush administration’s post-Sept. 11 domestic spying and torture programs, saying before he took office that “we need to look forward.”
His Justice Department, though, did launch probes of a pair of individual cases, which concluded without criminal charges.

Benjamin Wittes, a senior fellow at the Brookings Institution, wrote in a column Wednesday that presidential contenders should “avoid doing prospective damage to the tradition of presidential administrations not going after their predecessors. Normalizing this sort of rhetoric is extremely dangerous.”