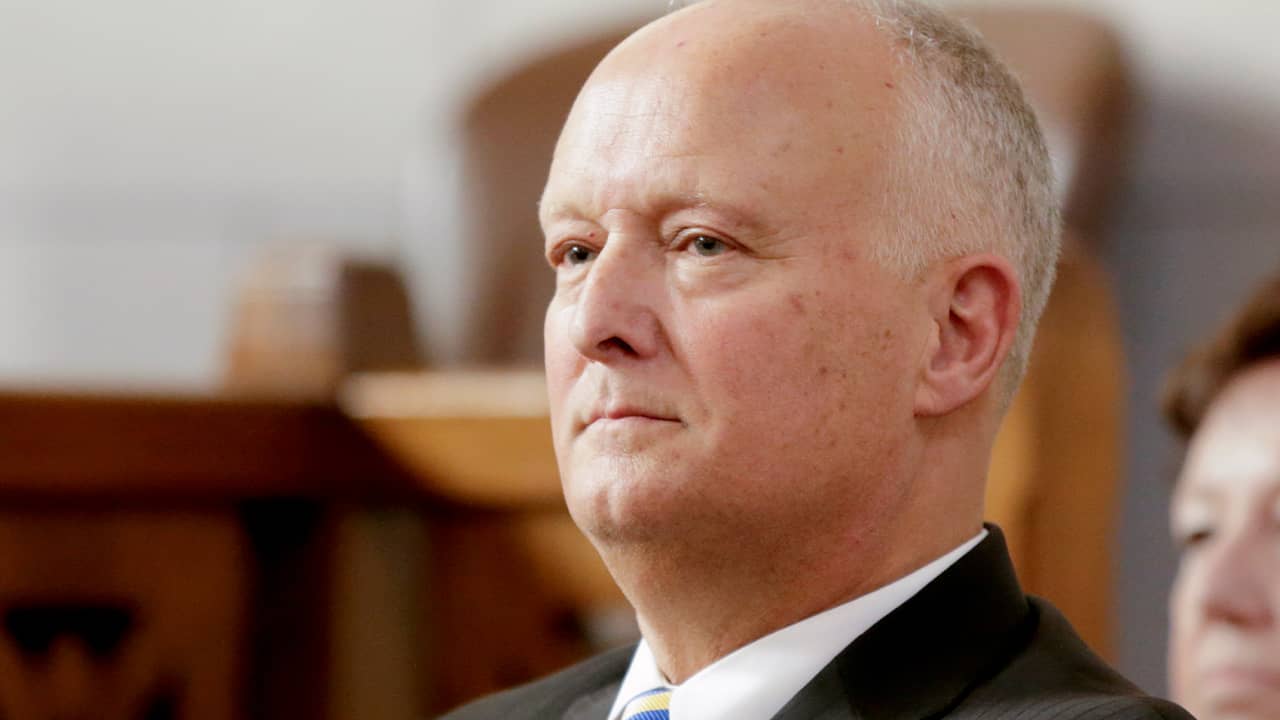 LINCOLN, Neb. — Nebraska Attorney General Doug Peterson has fought prescription opioid abuse through public education campaigns, worked with lawmakers to tighten up prescribing practices and even demanded documents from the maker of OxyContin. He has said the overdose crisis is ravaging families.


“We as a state have been great and our attorney general has been wonderful in recognizing the opioid problem. It’s really baffling to me why we haven’t joined (the lawsuits).” — Nebraska state Sen. Sara Howard
What Peterson has not done is pursued a lawsuit seeking to hold any opioid manufacturer, distributor or pharmaceutical company accountable. That leaves him standing alone among state attorneys general.
Every other state has sued, filed administrative charges or promised to sue the companies blamed for the national crisis, which played a part in the deaths of more than 390,000 Americans from 2000 through 2017. Peterson’s decision to stand on the sidelines, at least so far, has frustrated some who want to ensure that Nebraska is in line to receive its fair share of money under any national settlement.

“We as a state have been great and our attorney general has been wonderful in recognizing the opioid problem,” said state Sen. Sara Howard of Omaha, whose sister died of an overdose in 2009. “It’s really baffling to me why we haven’t joined (the lawsuits).”
Howard sent a letter to Peterson last month urging him to join a group of some 1,500 opioid-related lawsuits from around the country consolidated under a federal judge in Ohio, but said she received no response. She said Nebraska has more work to do and that she would like to see the drug companies pay for treatment and prevention programs.
In a statement, Peterson spokeswoman Suzanne Gage said state lawyers talk regularly with private attorneys and other states that have filed opioid-related lawsuits. Gage would not rule out future legal action, but declined to say why the state has not yet proceeded with a claim of its own.

More Than 2,000 State, Local and Tribal Governments Have Sued

After a flurry of legal filings in recent weeks, 48 states have sued to recover damages they say are caused by the opioid crisis, while Michigan’s attorney general has announced her intention to sue and has solicited bids from outside law firms to handle the case.
Nebraska stands out for another reason. Its opioid-related death rate in 2017 was the lowest of all states, with advocates saying addictions to alcohol and methamphetamine are more pervasive. Even so, tribal and local government officials say opioid abuse has led to a rise in law enforcement and public health costs.
That’s among the reasons that led several of them to file their own lawsuits.

The Ponca Tribe last year sued Purdue Pharma, the Connecticut-based maker of OxyContin, and other pharmaceutical companies. The state’s other three tribes quickly joined.
“We have a responsibility to make sure we’re protecting the health of our citizens and being proactive wherever we can,” said Larry Wright Jr., the Ponca tribe’s chairman.
Five Nebraska counties — three rural and two in the Omaha area — also filed lawsuits, as did South Sioux City. Douglas County, which includes Omaha, claimed in its January lawsuit that the epidemic has saddled officials “with an enormous economic burden” and led to more crime and children in foster care.
Nationally, more than 2,000 state, local and tribal governments have sued Purdue.
Several Nebraska lawyers involved in the local opioid cases said they were surprised the attorney general’s office hasn’t yet filed a lawsuit to help the state recover the costs of health care, law enforcement and social services.


‘Workhorse, Not a Show Horse’

“From a lawyer’s standpoint, it seems to me you’d be in a better position if you have a lawsuit on file and are engaged in the litigation process,” said Ed Hotz, one of the attorneys representing Douglas County. “But maybe the attorney general has his reasons. I’m just not sure what they are.”

Jon Stewart Lashes out at Congress Over 9/11 Victims Fund