Biden and Trump Attack Each Other in a Possible 2020 Preview 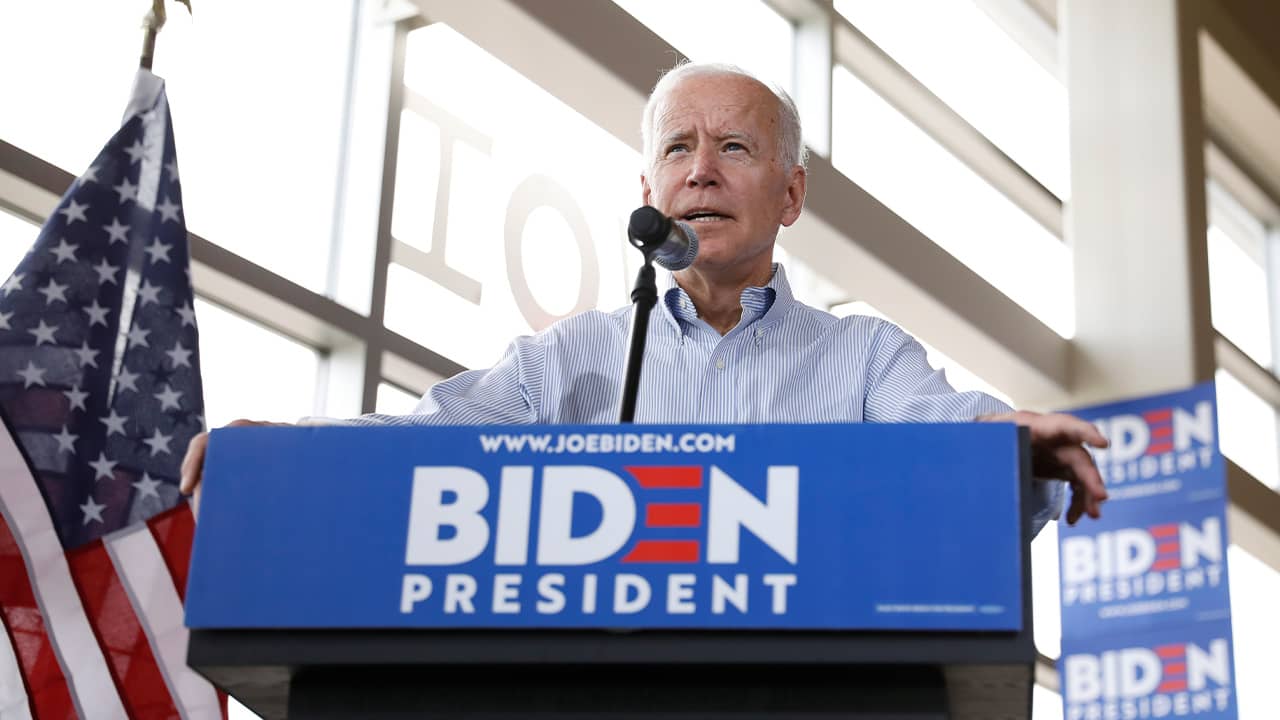 DAVENPORT, Iowa — President Donald Trump and former Vice President Joe Biden repeatedly laid into each other while traveling in the battleground state of Iowa, unleashing verbal attacks that at times felt more appropriate for the final weeks before Election Day than a lazy summer about 17 months before voters go to the polls.


Related Story: Biden Attacks Trump on Trade as Both Come to Iowa

At almost the same moment in Mount Pleasant, Biden noted that his staff told him Trump was watching footage of his criticism of the president from early in the day as Air Force One landed in Iowa.
“I guess he’s really fascinated by me,” Biden said. “I find it fascinating.” He started to say more but then stopped himself, quipping: “My mother would say: ‘Joey, focus. Don’t descend. Stay up.'”

Trump Insisted Biden is Who He Wants to Face in 2020

Speaking Tuesday evening in Davenport, Biden suggested Trump was an “existential threat to America” and said voters must stop the president’s attempts to elevate his office beyond its traditional limits of power. He said Trump is “breaking down the barriers that constrain his power” and mockingly accused him of believing that he has “complete power.”


“I hope his presence here will be a clarifying event because Iowa farmers have been crushed by his tariffs toward China. It’s really easy to be tough when someone else absorbs the pain, farmers and manufacturers.” — former Vice President Joe Biden
“No, you don’t, Donald Trump,” Biden cried, drawing cheers from a crowd of around 500 at the Mississippi Valley Fairgrounds.
Biden is campaigning again in Iowa on Wednesday, this time without Trump in the state.
For his part, Trump has insisted Biden is the candidate he wants to face in 2020.
“I’d rather run against Biden than anybody,” Trump told reporters on the White House lawn before flying to Iowa. “I think he’s the weakest mentally, and I like running against people that are weak mentally.”

Biden began the day Tuesday in Ottumwa, the heart of Wapello County, a meat-packing and agricultural manufacturing center that Trump was the first Republican to carry since Dwight D. Eisenhower. The former vice president hit Trump on the economy — an issue the president often promotes as his chief strength in a time of low unemployment.
“I hope his presence here will be a clarifying event because Iowa farmers have been crushed by his tariffs toward China,” Biden said. “It’s really easy to be tough when someone else absorbs the pain, farmers and manufacturers.” Biden added that Trump “backed off his threat of tariffs to Mexico basically because he realized he was likely to lose” in manufacturing states such as Michigan and Ohio. He broadly branded Trump “an existential threat to this country” and said his behavior is often beneath the office of the presidency.
Trump used his visit Tuesday to display the power of incumbency, talking up his administration’s accomplishments on trade and protection of agriculture in a state where both are vital. In Council Bluffs, he toured a plant that produces and sells the corn-based fuel additive ethanol, and he signed an executive order he said would help farmers.
“I fought very hard for ethanol, but you proved me right,” Trump said, adding that he fought “for the American farmer like no president has fought before.”
But he then mocked Biden again.
“He was someplace in Iowa today and he said my name so many times that people couldn’t stand it,” the president said.
Later, addressing an evening fundraiser in West Des Moines, Trump refrained from mentioning Biden by name but took a veiled swipe at the former vice president’s recent reversal on the Hyde Amendment, a ban on using federal funds to pay for abortions. Biden now says he opposes the ban and will be among the participants later this month at a forum sponsored by Planned Parenthood Action Fund.
“They go for one thing for a lifetime, and then they flip, and they go to something totally different,” Trump said. “It depends on which race they’re running.”