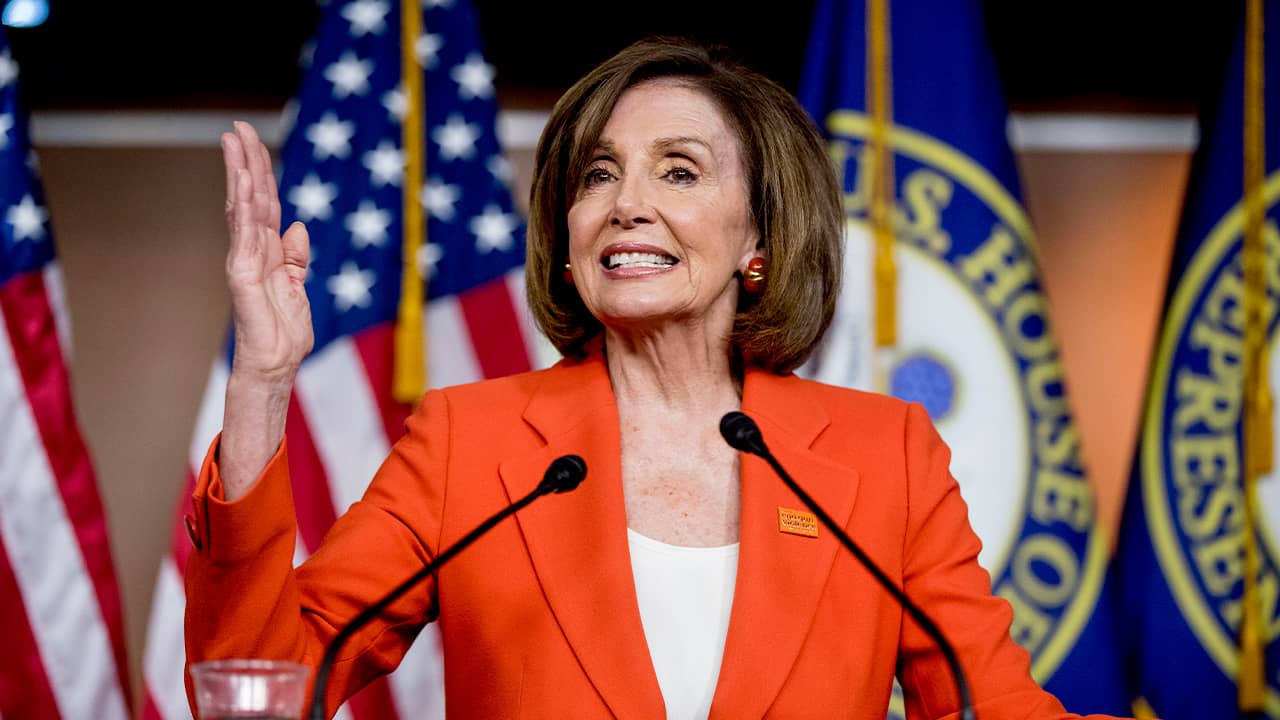 WASHINGTON — The political clock is a significant factor in whether majority House Democrats launch any impeachment proceedings against President Donald Trump.

That’s the commonality across Democrats divided over what to do now about Trump, described in the Mueller report as repeatedly trying to shut down the investigation. There’s a widespread feeling that the House would have to launch any impeachment proceedings this summer or fall, or it will be too late. There’s also a feeling that Pelosi knows this.
“I think they want to drag out the clock,” said Heidi Hess, co-director of CREDO Action, one of the leading liberal groups that called on Pelosi this week to push forward with impeachment.

Pelosi, the daughter and sister of former Baltimore mayors and a congressional veteran herself, on Wednesday made clear she’s well aware of the political clock — and says everything is unfolding as it should.
“We know exactly what path we are on,” Pelosi, a member of Congress during the impeachment proceedings against President Bill Clinton, told reporters. “We know exactly what actions we need to take. And while that may take more time than some people want it to take, I respect their impatience.”
In line with her approach, the House is expected next week to hold former White House Counsel Don McGahn and Attorney General William Barr in contempt of Congress. More contempt votes against members of the administration will follow.


Congress Not Known for Moving Swiftly

Cautioned Pelosi in what’s become a mantra: “One step at a time, as fast as we can move.”
Inside Congress, dozens of congressional Democrats say they want some kind of impeachment proceedings, at some point. But beneath that debate there’s a recognition of the march of time and the plain fact that the available days for any such action are fewer than Congress’ calendar makes it appear.
The schedule has politicos gaming out when, if ever, impeachment proceedings would have to begin and when they become less likely. The calculus starts with the calendar but also moves quickly into the politics. Other regular congressional business looms, such as the federal budget, nominations and more, including whether Republicans can turn back Trump’s threat to impose tariffs on Mexico. Interviews with Democrats inside and outside Congress suggest this political logic: The later it gets in in 2019, the harder impeachment becomes.

Congress is not known for moving swiftly on legislation or investigations. The proceedings against Clinton for lying and obstruction took three months from the time the Republican-led House received prosecutor Kenneth Starr’s report to its vote to impeach the president. Nearly another two months went by before the Senate acquitted Clinton, exacerbating what some veterans see as a nearly unbridgeable rift in the country.

In theory, the House could do what legislators tend to loathe: Cancel or shorten its five-week August recess, or its multi-week recesses in October, November and December to allow for impeachment proceedings. But it’s far from clear the party broadly supports moving to impeachment in the first place, for now.