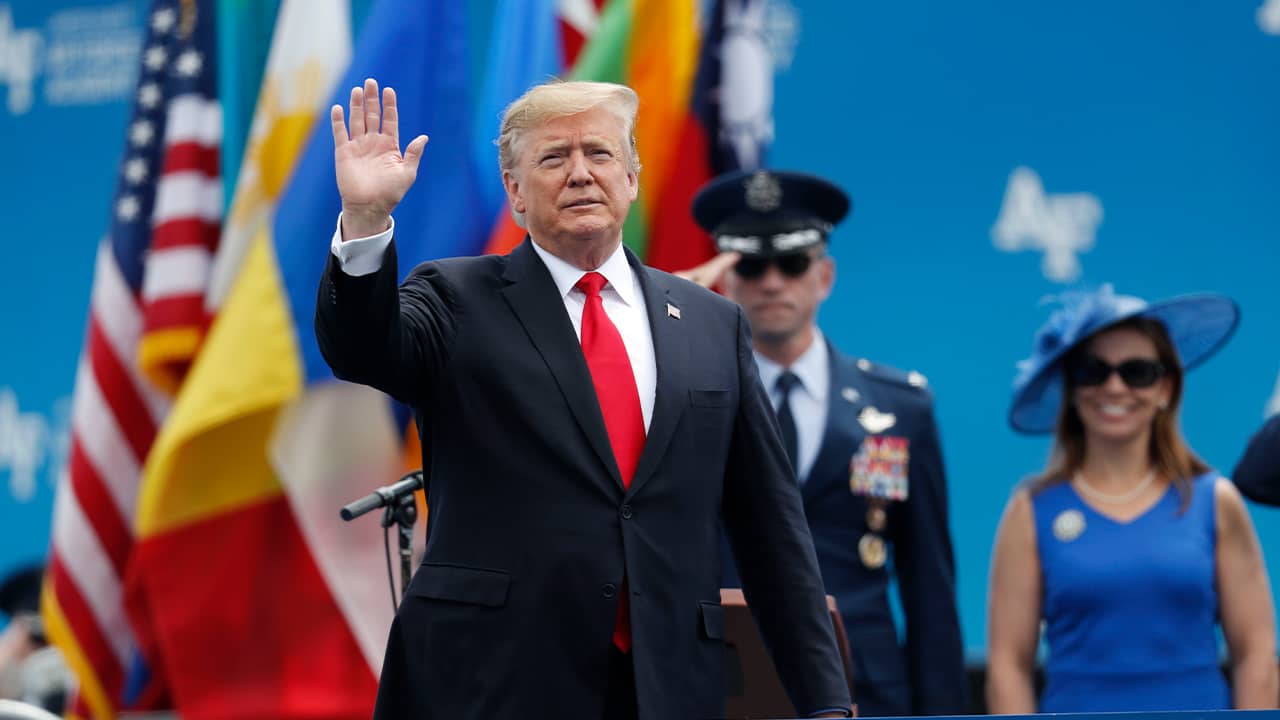 The surprise announcement by President Donald Trump of an escalating tariff regime against Mexico sent ripples through almost every economic sector in the U.S., hammering American companies that sell automobiles or run railroads, grow vegetables or build power infrastructure.

“For GM, we roughly estimate that a 5% tariff could be a several-hundred-million dollar annual earnings hit.” — Itay Michaeli, Citi Investment Research

Trump tweeted late Thursday that he is slapping a 5% tariff on all Mexican imports, effective June 10, and will raise those tariffs to 25%, “until the Illegal Immigration problem is remedied.”

Whether it’s avocadoes on a taco or a new Chevrolet Blazer SUV in the driveway, if the tariffs go into effect, Americans could feel it.

The companies that produce such goods felt it immediately Friday.

Shares of General Motors Co., which imports more vehicles into the U.S. than any other automaker, slid 4% at the opening bell. European and Asian automakers ship cars across the border to the massive U.S. market as well. Fiat Chrysler and Nissan Motor Co. both tumbled more than 5%

“For GM, we roughly estimate that a 5% tariff could be a several-hundred-million dollar annual earnings hit,” said Itay Michaeli of Citi Investment Research.

Most Prominent Mindset Seemed to Be Bafflement

All of the 11 sectors in the S&P 500 were getting hit Friday, save for utilities because there is no or little cross border traffic in that sector. Many investors trying to get out of the way off falling shares put money there, or in treasury bonds.

Companies in the consumer staples sector, sellers of food and groceries, were under significant pressure. Cysco Corp., Costco and Kroger, the nation’s biggest grocery chain, all slid.

Constellation Brands, an American company that sells Corona and a bunch of other Mexican beers, plunged 7 percent. Molson Coors, which also makes Miller High Life and Leinenkugel, fell as well.

Chipotle Mexican Grill Inc., which advertises its food as the freshest, slipped 2 percent.

The companies that transport goods across the country, especially across the border were punished, too.

Kansas City Southern operates a commercial corridor of the Mexican railroad system and owns a track between Mexico City and Laredo, Texas. It gets almost half its revenue from Mexico each year. Its shares are plunged 7%. All major railroads fell, as did every major airline and tanker company.

“This is opening up a trade war in a new direction that had not been on the radar screen for most people, ” said David French, senior vice president of government relations at the National Retail Federation, the nation’s largest retail trade group. “This could be very disruptive and costly.”

The most prominent mindset seemed to be bafflement, with industry groups again warning of price hikes for everyone.

Some Groups Sought to Intervene

“Threatening tariffs on Mexican imports while simultaneously seeking support in Congress for a trade deal aimed at keeping trade barriers low with Mexico is a confusing and counterproductive strategy,” said Hun Quach, vice president of international trade at The Retail Industry Leaders Association. “Whether the rhetorical target is Mexico or China, the bill is adding up for American consumers who will pay the price for these tariffs.”

Some of those groups sought to intervene, following others like Nike and Adidas earlier this month in the U.S. trade war with China, who warned an additional tariff of 25% will be “catastrophic.”

Early Friday, it did not appear that Trump was prepared to back down with just over a week until the tariffs would go into effect on Mexico.

In a tweet one hour after U.S. markets opened and plunged, Trump tied the immigration issue to tariffs.

“In order not to pay Tariffs, if they start rising, companies will leave Mexico, which has taken 30% of our Auto Industry, and come back home to the USA,” Trump tweeted. “Mexico must take back their country from the drug lords and cartels. The Tariff is about stopping drugs as well as illegals!”