Iran's Guard Talks Tough, Says It Has No Fear of War With US 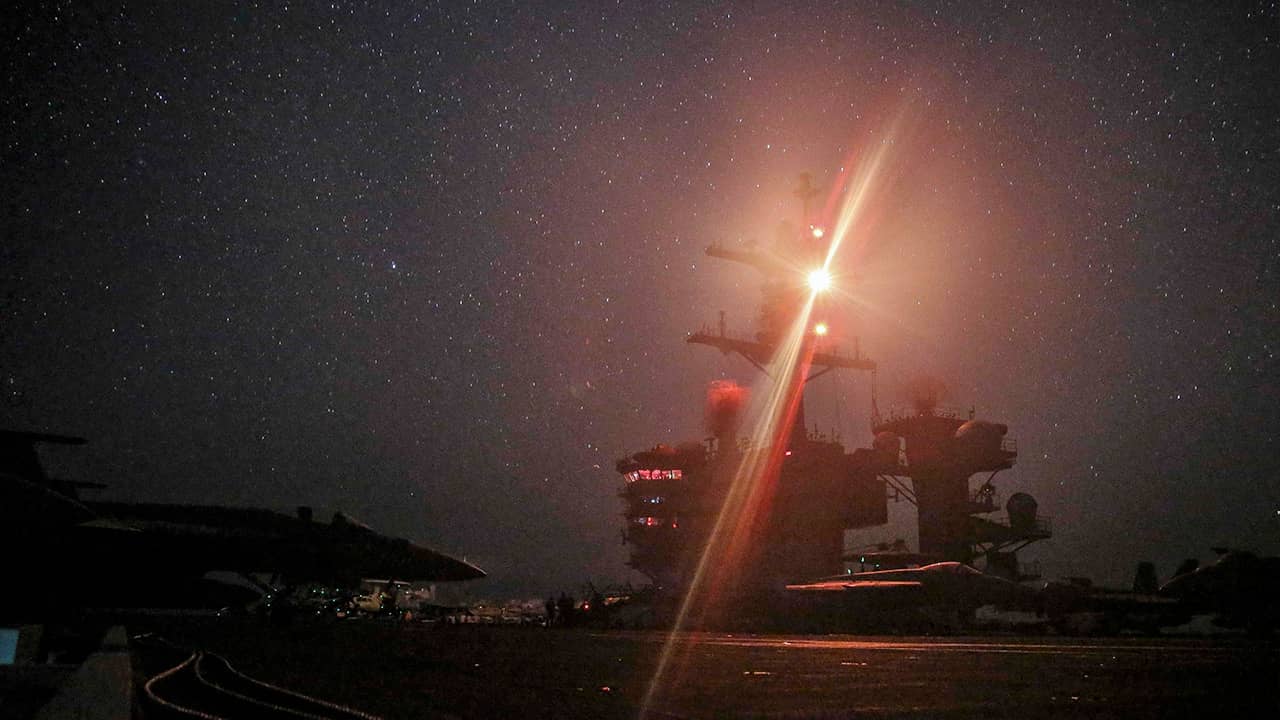 TEHRAN, Iran — Iran’s influential Revolutionary Guard said Tuesday it doesn’t fear a possible war with the United States and claimed America hasn’t grown in power in recent years — the latest tough talk from Tehran amid escalating regional tensions and a crisis with Washington.

“The enemy is not more powerful than before,” said the Guard spokesman, Gen. Ramazan Sharif.

The crisis takes root in President Donald Trump’s withdrawal last year of the U.S. from the 2015 nuclear deal between Tehran and world powers that capped Iran’s uranium enrichment activities in return to lifting sanctions. Washington subsequently re-imposed sanctions on Iran, sending its economy into freefall.

Tensions between Washington and Tehran soared recently over America deploying an aircraft carrier and B-52 bombers to the Persian Gulf over a still-unexplained threat it perceives from Tehran. The U.S. also plans to send 900 additional troops to the Mideast and extending the stay of another 600 as tens of thousands of others also are on the ground across the region.

The crisis takes root in President Donald Trump’s withdrawal last year of the U.S. from the 2015 nuclear deal between Tehran and world powers that capped Iran’s uranium enrichment activities in return to lifting sanctions. Washington subsequently re-imposed sanctions on Iran, sending its economy into freefall.

Trump has argued that the deal failed to sufficiently curb Iran’s ability to develop nuclear weapons or halt its support for militias throughout the Middle East that the U.S. says destabilize the region, as well as address the issue of Tehran’s missiles, which can reach both U.S. regional bases and Israel.

Speaking at a press conference in Tehran, Sharif said the Guard doesn’t “support engaging in any war” while at the same time it doesn’t “fear the occurrence of a war.”

“We have enough readiness to defend the country,” he said, adding that Iran has boosted its military power over the past 30 years.

Meanwhile, Iranian Foreign Minister Mohammad Javad Zarif appeared unimpressed with Japan’s offer to mediate in the crisis, saying Trump should make his intentions clear about any talks with Iran through actions, not words.

Zarif said in a late Monday tweet: “Actions_not words_will show whether or not that’s.”

Iran Has Said It Has No Interest in Negotiations

In Japan on Monday, Trump said he’d back Prime Minister Shinzo Abe’s efforts to open a communication with Iran. “I do believe Iran would like to talk and if they’d like to talk, we’ll talk also,” Trump said.

Iran has said it has no interest in negotiations with Washington following Trump’s pullout from the nuclear deal and the re-imposing of sanctions on Iran. Zarif in his tweet also blamed Trump’s economic pressure on Iran for the regional tensions.

“Nobody wants war in this region. But Iran should instead focus on its daunting internal problems which cannot be resolved by constantly fomenting aggression against our countries.” — The Gulf News

However, Iran’s foreign ministry spokesman, Abbas Mousavi, tempered his minister’s remarks by saying that Iran would “wait and see” before deciding on any offers of negotiations.

Japanese media have reported that Abe is considering a visit to Iran next month. The Kyodo News agency, citing unidentified government sources, said Friday that Abe’s visit would be likely in mid-June. Earlier this month, Zarif visited Tokyo.

The U.S. also has accused Iran of being behind a string of incidents this month, including what officials allege was sabotage of oil tankers off the coast of the United Arab Emirates and a rocket that landed near the U.S. Embassy in Baghdad, while Yemen’s Iranian-aligned Houthi rebels launched a string of drone attacks targeting Saudi Arabia.

The Gulf News piece, headlined “No thank you, Mr. Zarif,” dismissed his recent offer of forming a nonaggression pact with Gulf Arab nations and said the countries are not buying Zarif’s “nice neighbor routine.”

The paper says Iran “continues to call for the overthrow of Arab governments, sends its agents to spy and sabotage, aiming at spreading chaos in Gulf countries, such as Bahrain and Kuwait and more recently off Fujairah and in Saudi Arabia.”

“Nobody wants war in this region,” the newspaper added. “But Iran should instead focus on its daunting internal problems which cannot be resolved by constantly fomenting aggression against our countries.”

The UAE is part of a Saudi-led coalition that has waged war on Yemen’s Houthi rebels since 2015, backed by Iran. Tehran, however, denies arming the Houthis.