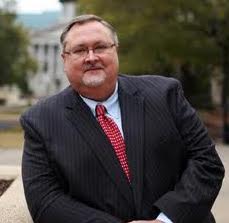 Another Memorial Day is here.

But before you throw the hotdogs on the grill or head to the pool, let’s remember what this holiday is about.

It’s the day we honor those who gave their lives for the freedom we enjoy.

So we’ll sidestep the controversy and focus on some aspects of the holiday you may not know, including a couple of fun food facts.

Take the quiz below and test your knowledge of this annual tradition.

1. The commander of the Grand Army of the Republic issued a proclamation in 1868 declaring May 30 as a day to place flowers on the graves of Union Civil War dead. What did he call it?

By proclamation of General John A. Logan of the Grand Army of the Republic, the first major Memorial Day observance is held to honor those who died “in defense of their country during the late rebellion.” Known to some as “Decoration Day,” mourners honored the Civil War dead by decorating their graves with flowers. (History)

2. Which state first made Memorial Day a legal holiday in 1873?

3. Gen. Ulysses Grant attended the first Memorial Day ceremony at Arlington National Cemetery in 1868. Which future president spoke for over an hour and a half that day?

Some 5000 people attended on a spring day which, The New York Times reported, was "somewhat too warm for comfort." The principal speaker was James A. Garfield, a Civil War general, Republican congressman from Ohio and future president. (Mental Floss)

4. A longstanding Memorial Day tradition is the placing of a special wreath in Arlington National Cemetery. Where is this touching ceremony held?

5. Another Memorial Day tradition is Operation Rolling Thunder. Hundreds of thousands of motorcyclists, many of them military veterans, ride into Washington, D.C., for the annual demonstration. What year did it begin?

The Rolling Thunder First Amendment Demonstration Run is an annual protest and gathering that first started in 1988. Motorcycle riders from around the nation, and even around the world rally in the Pentagon parking lots and then begin riding a designated route through the Mall area of Washington, D.C. (Rolling Thunder Run)

6. According to custom, how is the U.S. flag to be flown on Memorial Day?

On Memorial Day, the flag should be displayed at half-staff until noon and then flown at full-staff the rest of the day. (All Star Flags)

7. Memorial Day 1922 (which was still observed on May 30 then) was chosen for the dedication of what famous landmark?

Despite the changes, the Memorial was finished on schedule. Commission president William H. Taft – who was then Chief Justice of the United States – dedicated the Memorial on May 30, 1922, and presented it to United States President Warren G. Harding, who accepted it on behalf of the American people. (Wikipedia)

8: Congress eventually passed the Uniform Monday Holiday Act, with Memorial Day observed on the last Monday in May starting in what year?

But in 1968 Congress passed the Uniform Monday Holiday Act, which established Memorial Day as the last Monday in May in order to create a three-day weekend for federal employees; the change went into effect in 1971. (History)

9. It’s estimated what percentage of Americans will have a cookout during Memorial Day weekend?

10. Finally, hotdogs are a favorite food at those cookouts. How many frankfurters do Americans consume every second between Memorial Day and Labor Day?

J. Mark Powell is a historical novelist and former broadcast journalist. He wrote this for InsideSources.com.