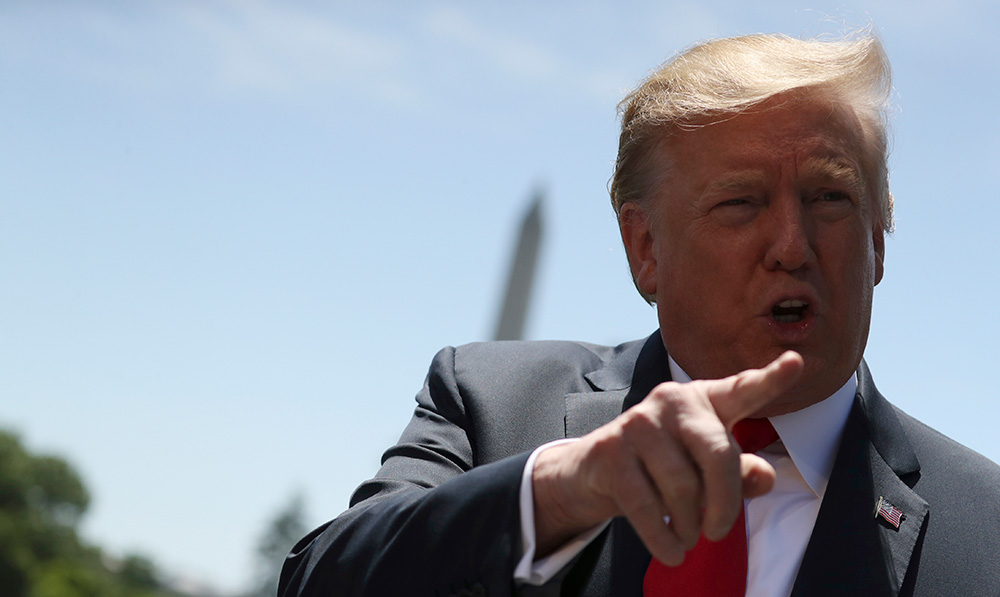 Trump was asked Friday at the White House about reports that he was considering pardons ahead of the Memorial Day holiday.

Trump said “some of these soldiers” have “fought hard and long,” but when they go into combat they sometimes get “treated unfairly.”

The president said “some of these soldiers” have “fought hard and long.” He added that “we teach them how to be great fighters” but when they go into combat they sometimes get “treated unfairly.”

Veterans groups have protested the possible pardons. Trump said Friday he may wait until after the military trials.

One of the potential pardons, according to reports, is Chief Edward Gallagher, a decorated Navy SEAL.  Gallagher faces trial on charges he killed a wounded Islamic State prisoner under his care in 2017. He is also charged with shooting two civilians in Iraq and opening fire on crowds.

After a court hearing Wednesday at Naval Base San Diego, it is likely Gallagher’s trial, originally scheduled to begin May 28, will be postponed. Gallagher has pleaded not guilty to all counts.

Dozens of Republican congressmen have championed Gallagher’s cause, claiming he’s an innocent war hero being unfairly prosecuted. Trump got him moved from the brig to better confinement in a military hospital with access to his lawyers and family.

According to the New York Times, the Trump administration requested documents needed for several pardons, including cases of troops accused of killing citizens and detainees.

Trump’s interest in pardoning troops apparently was stoked by Iraq war veteran Pete Hegseth, a co-host on Fox News’ “Fox & Friends” who also is an informal adviser to the president, according to the Daily Beast.

Hegseth tweeted out the Daily Beast story and added hashtags that supported a pardon for Gallagher, along with Mathew Goldsteyn, who faces murder charges in the killing of a Taliban bombmaker in 2010, and Clint Lorance, who was convicted of murdering three Afghan men in 2012.

Other veterans disagree with such pardons. In a column published in the Salt Lake Tribune, Iraq combat veteran Waitman Wade Beorn criticizes what he describes as Trump’s “bad things happen in war” mentality.

“It doesn’t just undermine the enforcement of military justice; it also sends a message to our armed forces about just what kind of conduct the United States takes seriously,” Beorn wrote.

US Beefing up Forces in Middle East to Counter Iran