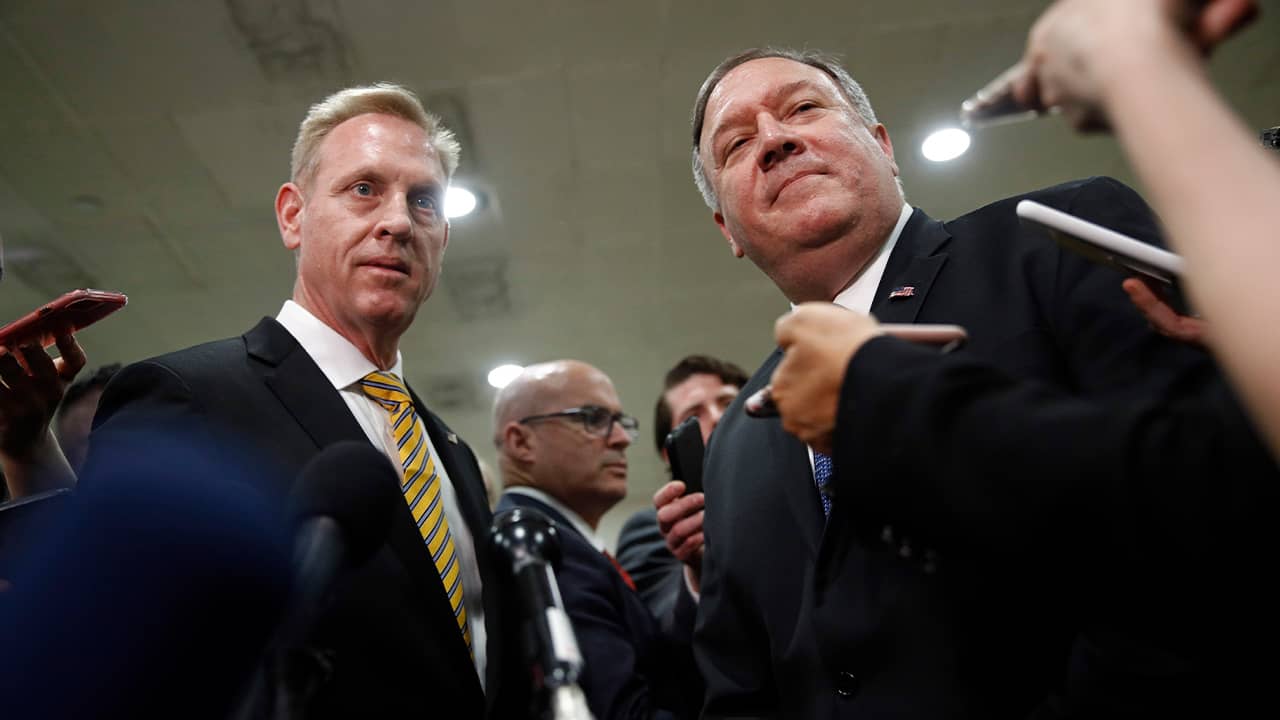 WASHINGTON — The Pentagon on Thursday will present plans to the White House to send up to 10,000 more troops to the Middle East, in a move to beef up defenses against potential Iranian threats, U.S. officials said.

The officials said no final decision has been made, and it’s not clear if the White House would approve sending all or just some of the requested forces. Officials said the move is not in response to any new threat from Iran but is aimed at reinforcing security in the region. They said the troops would be defensive forces, and the discussions include additional Patriot missile batteries, more ships and increased efforts to monitor Iran.

“We’re evaluating the risks, making sure that we have it right.” — Secretary of State Mike Pompeo

The officials spoke on the condition of anonymity because the plans have not been formally announced.

Thursday morning’s meeting comes as tensions with Iran continue to simmer, and it wasn’t clear if a decision would be made during the session. Any move to deploy more forces to the Middle East would signal a shift for President Donald Trump, who has repeatedly emphasized the need to reduce America’s troop presence in the region.

Secretary of State Mike Pompeo said Thursday Trump was evaluating the force posture in the region “every day.”

“We’re evaluating the risks, making sure that we have it right,” he told “Fox and Friends.”

Many in Congress Skeptical of Administration’s Approach to Iran

U.S. officials have provided few details about possible Iranian threats but indicated they initially involved missiles loaded onto small Iranian boats. This week officials said the missiles have been taken off the boats near Iran’s shore, but other maritime threats continue.

Sending more troops could also raise questions on Capitol Hill. During back-to-back closed briefings for the House and Senate on Tuesday, defense leaders told congressional officials the U.S. doesn’t want to go to war with Iran and wants to de-escalate the situation.

Pompeo and Acting Defense Secretary Patrick Shanahan told lawmakers the U.S. is seeking to deter, not provoke, Iran, even while accusing Tehran of threatening U.S. interests in the Mideast. Shanahan told reporters, “Our biggest focus at this point is to prevent Iranian miscalculation.”

Many in Congress are skeptical of the administration’s approach to Iran, questioning whether it is responding to significant new Iranian threats or escalating a situation that could lead to war.

CNN first reported that the Pentagon will brief the White House on a plan that could send thousands of additional U.S. troops to the Middle East.

Air Force Col. Patrick Ryder, spokesman for the Joint Chiefs of Staff, declined to comment, saying, “As a matter of long-standing policy, we are not going to discuss or speculate on potential or alleged future operations or plans.”

In early May, the U.S. accelerated the deployment of an aircraft carrier strike group to the Mideast and sent four B-52 bomber aircraft to the region. The Pentagon also decided to move a Patriot air-defense missile battery to an undisclosed country in the area.

The Trump administration has evacuated nonessential personnel from Iraq, amid unspecified threats the administration said are linked to Iranian-backed militias in the country.

The Trump administration has evacuated nonessential personnel from Iraq, amid unspecified threats the administration said are linked to Iranian-backed militias in the country.

On Sunday, a rocket was fired into Baghdad’s heavily fortified Green Zone, landing less than a mile from the sprawling U.S. Embassy. There were no injuries and no group claimed responsibility, but the rocket was believed to have been fired from east Baghdad — which is home to Iran-backed Shiite militias.

Some Democrats say Trump is responsible for drawing Iran’s ire. Last year he abruptly pulled the U.S. out of the Iran nuclear deal, negotiated during the Obama administration to prevent Iran from nuclear weapons production, without crafting a coherent strategy for how to combat other Iranian behavior like supporting extremist organizations. He also has reimposed punishing sanctions that have crippled Tehran’s economy, and designated Iran’s Revolutionary Guard Corps as a foreign terrorist organization in April.

“I have yet to see any exhibited strategy,” said Democratic Rep. Abigail Spanberger of Virginia, a former CIA officer. She said she finds many of the administration’s recent statements on Iran to be “deeply troubling.”