The search for a new police chief presents Fresno officials with an opportunity to align local law enforcement strategies with best practices proven to create safer communities. The Central California Chapter of the National Lawyers Guild (NLG) urges Fresno officials to choose a candidate who is committed to nonviolent intervention strategies and who promises to build robust relationships with all community members. 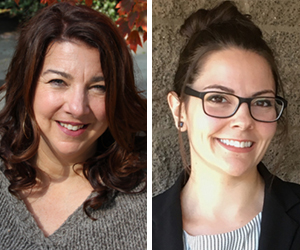 Nationwide law enforcement agencies report that between 5% and 15% of the calls they receive are requests for help with people in the midst of a mental health crisis. The lack of funding for our mental healthcare system has thrust police officers to the frontlines of dealing with people in crisis without the appropriate training to do so. The results are devastating.

Next Chief Must Invest in De-escalation Training

In 2017, at least one-fourth of the people killed by police had a mental illness. Indeed, mentally ill criminal suspects are 16 times more likely to be killed in confrontations with police in comparison with other suspects. About half of the time, the individuals were in their homes, armed with knives not guns.

While crisis intervention teams are part of local law enforcement, NLG believes that our new police chief must develop them more fully and train all officers to de-escalate confrontations with people who are mentally distressed.

In order to build better relationships across communities, the new police chief must be attentive to racial bias in policing and racial disparities in the community. As presented last year in “The Bias in Fresno’s Justice System” in the Atlantic Monthly, African Americans in Fresno are overrepresented in traffics stops, and officers are two and half times more likely to search the cars of African American drivers than those of white drivers.

Furthermore, an ACLU study found that between 2011 and 2016, 22 percent of the people Fresno police shot or shot at were African American, triple the proportion of the city’s population. Rather than treat this information as a wake-up call, Chief Jerry Dyer chose to dismiss the allegations of racial bias as meritless.

Racial bias in policing, in employment, in schooling, and in all aspects of our social lives is a fact. Fresno officials need to choose a police chief who understands this and is open to continually confronting the ways that it affects how officers do their jobs.

As a result, Chief Dyer weakened the public’s faith in local law enforcement. Racial bias in policing, in employment, in schooling, and in all aspects of our social lives is a fact. Fresno officials need to choose a police chief who understands this and is open to continually confronting the ways that it affects how officers do their jobs.

Fresno also needs a police chief who is committed to dismantling the school to prison pipeline. It is a system that funnels students from school to the juvenile and adult criminal justice system and has increased the risks of students being suspended, expelled, and arrested at school. In part, this means working with Fresno Unified to ensure police officers are not used as disciplinarians and are not called on to do the work that schools and community organizations should be doing.

Commit to Meaningful Engagement with All Stakeholders

Fresno Unified allocates roughly $2.5 million to Fresno police, money that could be used for mental health and restorative justice practices that facilitate healing and leadership development for youth at risk of system engagement. Excellent and equitable public education is essential to the well-being of individuals, communities, and the State of California. A chief who is committed to meaningful engagement of all stakeholders – including students, parents, teachers, and other school staff – is essential to school safety and a positive school climate.

The National Lawyers Guild stands with other community groups and asks for a new police chief who will take the department in a direction that serves all members of the public and who has a record of working with communities as partners.

Mariah Thompson is an attorney specializing in environmental and racial justice. She is the director of the Central Valley Chapter of the National Lawyers Guild, a non-profit organization that works alongside grassroots movements to ensure law is a tool of equity and social change. Mariah lives in Fresno and can be reached at cacentralvalley@nlg.org

Kathryn Forbes is a Fresno State professor and a coordinator of the university’s Women’s Studies Program. Her research examines how organizations and local government create legal environments through interpretations of civil rights law, in the formulation of compliance practices, and during dispute resolution practices.  She serves on the board of the Central Valley Chapter of the National Lawyers Guild. Kathryn can be reached at kathrynf@csufresno.edu.