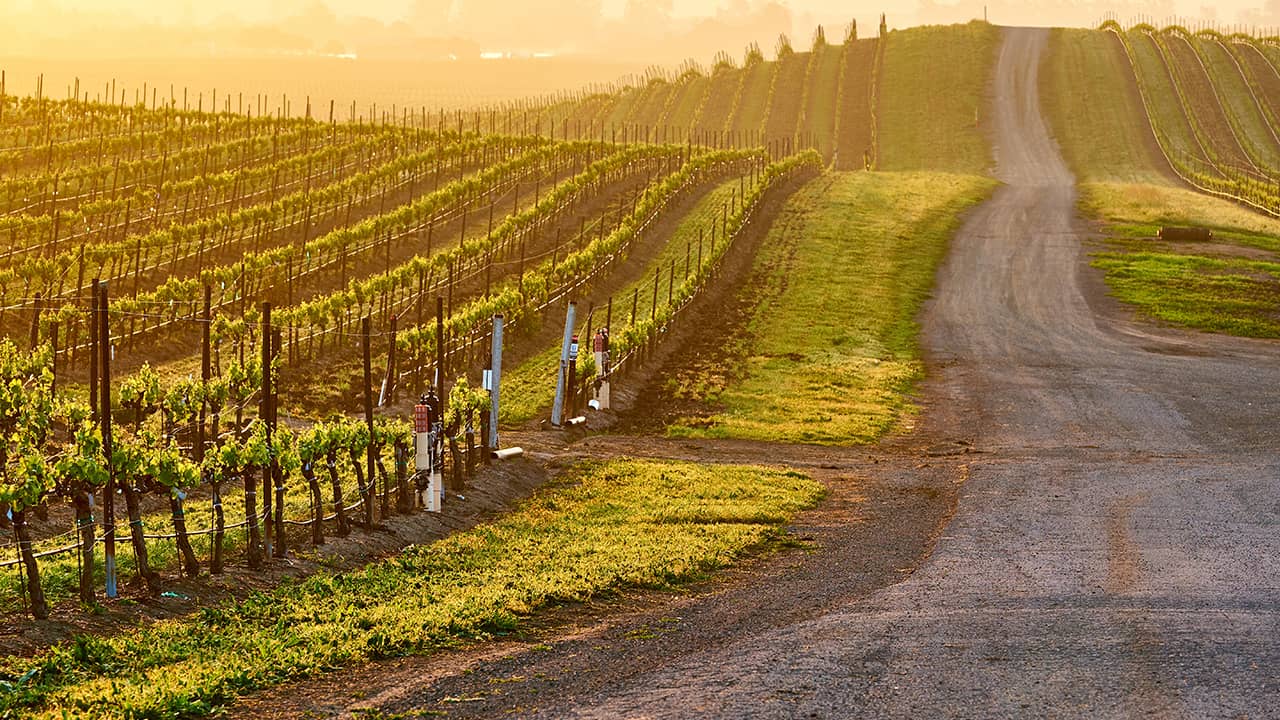 In the rugged hills to the east of the Napa Valley, chainsaws and bulldozers converted a steep hillside of scrubby oak woodland and rockpiles into another vineyard.

“That was an incredible rock-hopping wonderland, with frothing, amazing, waterfalling cascades every time it rained — I mean, it should have been a park,” said nearby resident Kellie Anderson of what is now a plot of grapevines at Bremer Family Winery, in the small community of Deer Park. Napa County’s Board of Supervisors in 2012 approved that project with a permit to remove more than 1,000 trees and import truckloads of soil to make the craggy landscape arable, without requiring an environmental impact report. These reports — involving expert inspections and assessments, detailed mitigation plans, and opportunity for public comment — are a key feature o f the state’s signature environmental law: the California Environmental Quality Act, or CEQA (see-kwa).

Inside the Capitol’s corridors and pro-development quarters around the state, CEQA is increasingly disparaged as a villain in the state’s housing crisis. It’s characterized as a litigation lever that allows citizens — and even labor unions and business rivals — to sue or threaten to sue, obstructing direly needed housing projects on thin environmental pretenses. The Legislature is considering a handful of bills to loosen CEQA’s rules, something former Gov. Jerry Brown — often stymied in his modest efforts to do so — labeled “the Lord’s work.” New Gov. Gavin Newsom, to fulfill his hyper-ambitious quota of new housing construction, has called for fast-tracking judicial CEQA review of housing, similar to that granted sports teams building stadiums.

But the act’s environmentalist defenders are pushing back. CEQA’s champions contend that heavy-footprint projects like the Bremer vineyard and other earth-moving, tree-cutting endeavors slip too easily past the guard of CEQA — leading to overdrawn groundwater tables and disappearing forests.

The politically potent building trades union signed a January letter defending CEQA, although it’s been negotiating on a housing plan that could include CEQA relaxations.

Scores of environmental advocacy and social justice groups signed a letter this spring arguing that CEQA should be strengthened.

“Despite constant attacks from special interests, CEQA is working. … Californians should not be forced to make a false choice between affordable housing and a clean environment.” — a letter from the Sierra Club, the League of Conservation Voters, the League of Women Voters and others

“Despite constant attacks from special interests, CEQA is working. The law routinely results in projects that improve protections for public health and the environment,” said the letter signed by reps from the Sierra Club, the League of Conservation Voters, the League of Women Voters and others. “Californians should not be forced to make a false choice between affordable housing and a clean environment. We can — and must — have both.”

Whatever the urgency to build more housing, environmentalists say there’s nothing to justify anything but a rigorous review of commercial proposals — even ones as visually appealing as vineyards in the Napa Valley.

The roots of CEQA trace back to 1970, when it was adopted amid a freeway boom and development of dams and levees that rerouted rivers to boost agriculture. CEQA, through which hundreds of proposed building projects are processed annually, requires public agencies to reduce or mitigate the environmental impacts of development wherever feasible.

“CEQA has stopped very few housing projects in this state, but it sometimes slows them down,” said Alan Levine, director of the Coast Action Group and among those who signed that letter.

Conversely, attorney Jennifer Hernandez with the San Francisco law firm Holland & Knight labels CEQA “the tool of choice for preventing cities from approving high-density housing.” She said housing projects “are in fact the top target of CEQA lawsuits statewide,” with a quarter of lawsuits against CEQA-reviewed projects targeting housing.

In the big picture, though, that may not be so many. An analysis from the Rose Foundation for Communities and the Environment found that, of more than 54,000 CEQA-reviewed projects from 2013 through 2015, just 0.7 percent faced litigation — an average of less than 100 proposed housing developments per year.

Hernandez contends that litigious NIMBY (“not in my backyard”) resisters have hijacked CEQA and are using it for myopic, neighborhood gains such as views and urban skylines. She said that, by impeding infill residential development, CEQA is aggravates the housing crisis, suburban sprawl, traffic and greenhouse gas emissions. Her 2015 report concluded that the most frequent targets of CEQA lawsuits are projects to advance California’s environmental objectives, including transit improvements and renewable energy facilities.

There is no doubt that NIMBYs sometimes abuse CEQA. And even the specter of litigation can tie up projects for years, preemptively discouraging developers.

“CEQA was created for a reason, and those reasons are being abused,” said Paul Gradeff, the developer behind a proposed student housing project in downtown Davis, where some college students are living in their cars and sleeping on couches. The Lincoln40 project has been mired in court. “CEQA can be used to delay, stall or prohibit development … under the auspices that somehow it will harm the environment,” even, he says, when a project has clear benefits.

Maureen Sedonaen, CEO of the greater San Francisco area Habitat for Humanity, helped design an infill affordable housing project in Redwood City that neighbors complained was too big and too modern for the site. Eventually it was blocked by what she calls “a frivolous lawsuit.” “CEQA was created for a reason, and those reasons are being abused. CEQA can be used to delay, stall or prohibit development … under the auspices that somehow it will harm the environment.” — Paul Gradeff, the developer behind a proposed student housing project in downtown Davis

“The initial intent of CEQA to protect the environment of our world is critical,” she said, “but it’s become a loophole … for anti-development interests to preserve a world they remember from the 1960s.”

CEQA is “a self-executing statute” — no single agency is responsible for enforcing it. Rather, public agencies “are entrusted with compliance with CEQA and its provisions are enforced, as necessary, by the public through litigation and the threat thereof.”

That’s what makes it such a powerful citizen tool — whether to block new bike lanes or enlarge oil refineries.

But if no one is watching, projects — even potentially harmful ones — can march quietly forward.

“You need an active group of citizens who are paying attention,” said Mark Wolfe, a San Francisco attorney who specializes in CEQA cases. In Santa Barbara, West LA and the Bay Area, there’s “an engaged citizenry with the time and resources to be involved in these things.” Thus, he explained, projects that might not be permitted in wealthier regions may be carried out in, say, the Central Valley.

For the Bremer vineyard, which initially proposed to fell 1,059 trees, county officials gave developers a simple CEQA document on which they checked a column of boxes indicating the project would not significantly harm the environment, with mitigation. The owners of Bremer winery did not respond to emails and phone calls seeking comment for this story.

Anderson, the neighborhood activist, said “CEQA fails under Napa County implementation.” While most vineyard projects may have relatively insignificant impacts on their own — thus winning a green light to proceed — together they create a piecemeal clear-cutting.

A Paperwork Shuffle That’s a Sham?

“In theory, you won’t have a significant impact if you follow the mitigations, but when it comes down to it, there’s almost always a significant impact,” said Richard Grassetti, an East Bay environmental consultant hired by developers to navigate the permitting process. “There’s a bit of fantasy at play to think you could mitigate everything. In reality, it doesn’t really happen.”

And there’s the question of conflict of interest.

“So they found another consultant who would say the impact was not significant … based on the same data,” he explained in an email.

CEQA guidelines often require that someone developing one parcel of land must protect another. Other times, if removing oaks — which receive special protections in California — the developer may plant a few small trees for each large one felled.

“(Developers) cut down the trees where they know the grapes will grow, and they replant where it’s too rocky or there’s no soil. It’s a sham … a paperwork shuffle where you just check the boxes.” — Napa County resident Mike Hackett

According to Brian Bordona, the supervising planner with Napa County’s Planning, Building and Environmental Services Department, these measures work: “Both replanting by acorn or young planting are successful.”

“(Developers) cut down the trees where they know the grapes will grow, and they replant where it’s too rocky or there’s no soil,” he said. “It’s a sham … a paperwork shuffle where you just check the boxes.”

Bordona countered via email that tree planting sites “are selected by a qualified biologist to ensure suitable areas (soil type, aspect, etc.) are identified so that replanting will be successful.” He added mitigation measures are “monitored throughout the life of the project” by land-owner self-reporting and onsite county inspections.

What happened when a project triggers a full CEQA review, including an environmental impact report? A large vineyard project called Walt Ranch in Napa County did that after proposing to fell 14,000 mature trees. To ostensibly mitigate the impacts to woodland and waterways, the owners offered to permanently preserve another piece of wooded land on their property.

“But the trees they’re saying they’re going to protect probably weren’t under much threat of being cut down, anyway,” said Wolfe, the CEQA attorney representing plaintiffs in a lawsuit to stop Walt Ranch. “If that land was already zoned for a massive subdivision, that would make a stronger case that the impact is mitigated, but it wasn’t.”

A winery representative declined comment, noting “the project is being appealed.” Similarly when the Oakland Zoo expanded several years ago, the city promised in its CEQA documents to protect forever 53 acres as habitat for the endangered Alameda whipsnake.

“But it was already in a city park,” said environmental activist Ralph Kanz, referring to Knowland Park, which includes the zoo.

So each side in the CEQA debate has its own wish list. Developers want fast-tracked approvals and a requirement that plaintiffs no longer be allowed to remain anonymous when they sue. Environmentalists want a more rigorous approval process and after-the-fact inspections. In short, both sides tend to affirm the value of the state’s iconic environmental law — just before they expound on why it needs “reform.”

Alastair Bland is a contributing writer to CALmatters.