US Sanctions to Hit Iran's Metals Industry, a Major Employer 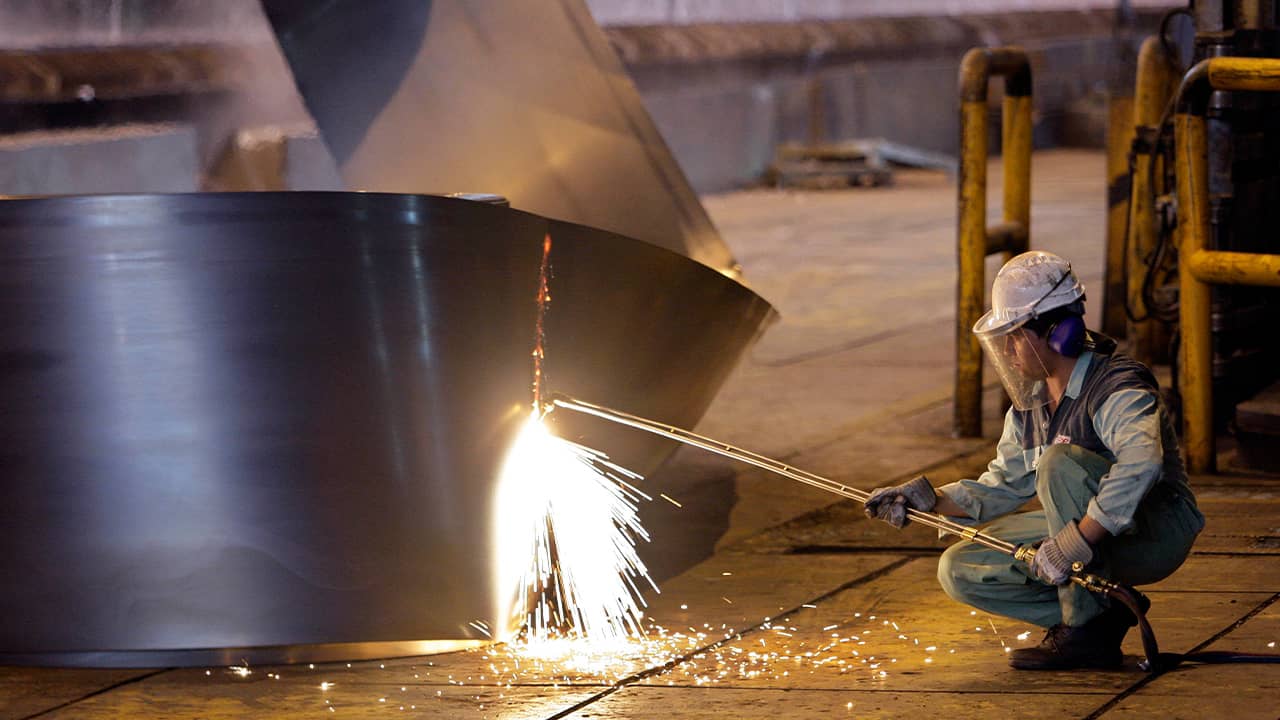 TEHRAN, Iran — U.S. sanctions have targeted Iran’s government, its paramilitary forces and the oil exports that fund them. Now they are hitting its vital steel, aluminum, copper and iron industries.

“I don’t think (the U.S.) can, or wants to fight Iran … because wars are no longer a thing. Nowadays, wars are economic wars. Look at these sanctions. It’s so easy.” — Ahmad Hashemi, who sells steel products like sheet metal and beams in southern Tehran

The new sanctions, imposed as Tehran announced its partial withdrawal from its 2015 nuclear deal with world powers, seem to be moving ever closer to directly affecting the country’s 80 million people, rather than the leadership. The metals industry is a major employer and a rare bright spot for Iran’s anemic economy.

Many Iranians already feel the vise squeezing ever tighter around the country, which has caused its currency, the rial, to depreciate rapidly and push the price of nearly everything beyond the reach of ordinary consumers.

“I don’t think (the U.S.) can, or wants to fight Iran … because wars are no longer a thing,” said Ahmad Hashemi, who sells steel products like sheet metal and beams in southern Tehran. “Nowadays, wars are economic wars. Look at these sanctions. It’s so easy.”

U.S. President Donald Trump issued his executive order Wednesday announcing the sanctions. That came just after Iran threatened to enrich its uranium stockpile closer to weapons-grade levels in 60 days if European leaders fail to negotiate new terms of the nuclear deal to protect Iran’s ability to trade on the global market.

The Trump Administration Contends That the Deal

The new sanctions are part of Trump’s maximalist policy targeting Iran after he pulled the U.S. out of the nuclear deal a year ago. The United States, Germany, Britain, France, Russia, China and the European Union signed the deal in 2015, lifting international sanctions on Iran in exchange for Tehran limiting its nuclear program.

But the Trump administration contends that the deal, reached under former President Barack Obama, should have included limits on Iran’s ballistic missile program and curbed its regional influence. Supporters of the deal describe it as an important measure freezing Iran’s nuclear program while offering a step toward further negotiations.

“We have imposed the toughest sanctions ever on this Iranian regime,” said Brian Hook, a U.S. envoy for Iran. “We have designated nearly 1,000 individuals and entities since the beginning of the administration. We have taken Iran’s oil exports to historic lows. And we have stopped issuing oil waivers to those who import Iranian oil, which means zeroing out the purchases of Iranian crude.”

Iran’s domestic metal industry includes dozen of steel mills, mainly government-owned, that employ about 50,000 workers. Of the 25 million tons of steel produced, Iran exports over 30%, earning nearly $4 billion yearly. Its top markets have been Thailand, the United Arab Emirates, Iraq and Indonesia, according to the U.S. Commerce Department.

Metal-related industries employ about 10 percent of the country’s 22 million workers, a report by Iran’s parliament said. How the sanctions will affect Iran’s miners remains unclear. About 6 percent of its 8,840 mines produce raw materials such as iron, copper and aluminum.

“Creating the conditions for mass unemployment — especially among the blue collar workers employed by state-owned enterprises who form the backbone of Iran’s economy — is the likely aim of the Trump administration’s latest round of sanctions.” — Esfandyar Batmanghelidj,  founder of Iranian economic website Bourse & Bazaar

Tehran-based economic analyst Gholamreza Kiamenhr said he believed that the sanctions on the metals industry “possibly affects employment and production lines,” although it won’t be as crippling as those on Iran’s oil industry.

Esfandyar Batmanghelidj, the founder of the Iranian economic website Bourse & Bazaar, said the measures appear aimed at stoking further unrest in the country. At the end of 2017 through the start of 2018, economic protests swept across 75 cities and towns, lasting for days and resulting in the deaths of dozens of people and the arrest of hundreds more.

Some demonstrations have already hit steel mills. In December, authorities detained an unspecified number of steelworkers after five weeks of protests over delays in paying salaries.

“Creating the conditions for mass unemployment — especially among the blue collar workers employed by state-owned enterprises who form the backbone of Iran’s economy — is the likely aim of the Trump administration’s latest round of sanctions,” Batmanghelidj wrote.

“The president should bravely admit the obvious defeat of his recent six years of strategies and resign,” said Abdolreza Davari, a close adviser to former President Mahmoud Ahmadinejad, a hard-liner. “This will quickly prepare the ground for taking office by a new government that is capable to control the country in this current critical situation.”

After the U.S. withdrew from the nuclear accord, it restored the crippling sanctions, exacerbating Iran’s economic crisis. The rial, which traded at 32,000 to $1 at the time of the accord, traded Thursday at 156,500, creeping further downward.

“Even before the latest sanctions, the previous ones already impacted our daily lives and have been effective,” said a 52-year-old engineer who gave his name as Afshin. “If we say they had no effect we are deceiving ourselves. I can say that my family has gone from a middle-class family to a lower-class family. The situation is much worse than before.”

Many believe the situation will only get worse as time goes on. Many of those who are young and unmarried discuss fleeing the country with friends. Those who are older simply shrug and watch as prices of everything from meat to medicines climb out of reach.