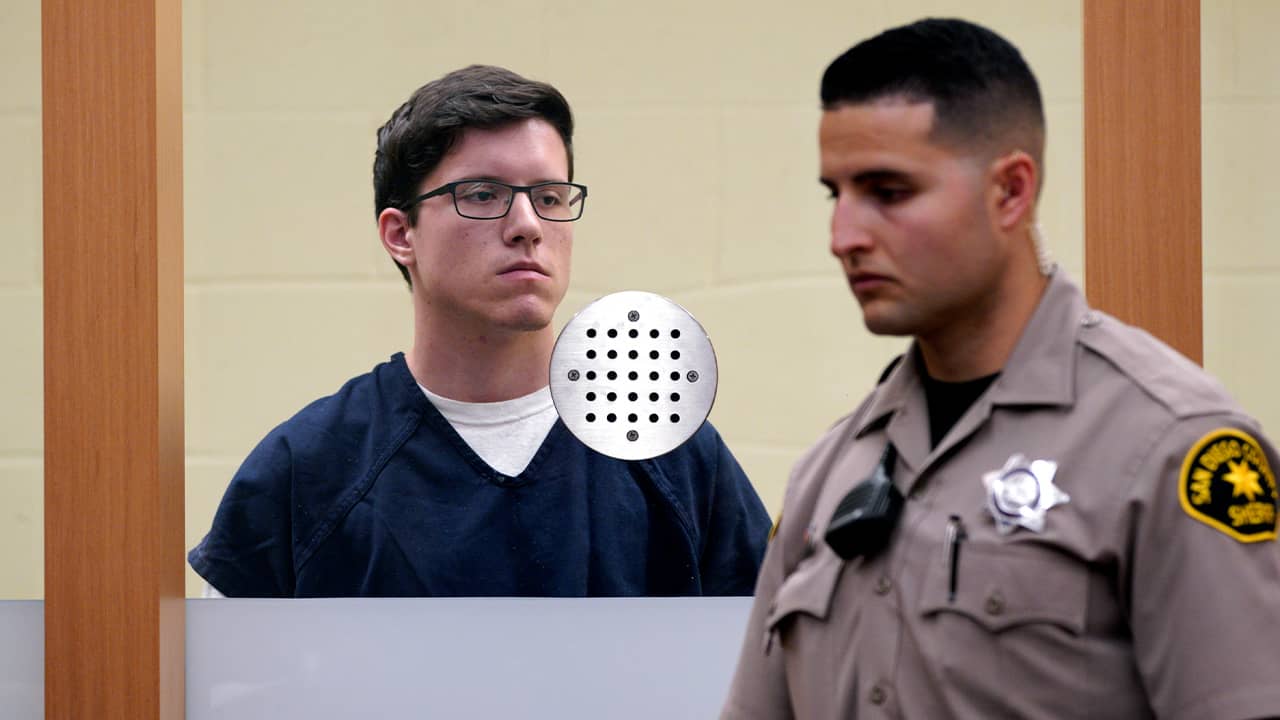 SAN DIEGO — Federal officials announced Thursday that they have filed 109 hate crime charges against the man suspected of opening fire in a Poway synagogue and said he called a 911 dispatcher afterward to report that he had done it to “defend my nation” against the Jewish people.

“We will not allow our community members to be hunted in their houses of worship, where they should feel free and safe to exercise their right to practice their religion.” — U.S. Attorney Robert S. Brewer, Jr.

The gunman, identified as 19-year-old John T. Earnest, killed a woman and wounded an 8-year-old girl, her uncle and Rabbi Yisroel Goldstein, who was leading a service at the Chabad of Poway synagogue on the last day of Passover, a major Jewish holiday.

The federal charges include murder for the killing of 60-year-old Lori Kaye, 60, who was hit twice as she prayed in the foyer. It also includes a charge for the attempted murder of 53 others.

After the gunman fled the scene April 27, told a 911 dispatcher he opened fire at a synagogue, thought he killed some people and said he did it because “I’m just trying to defend my nation from the Jewish people. … They’re destroying our people,” according to the federal complaint.

He went on to tell the dispatcher that he did it because “the Jewish people are destroying the white race.”

Federal officials vowed to bring justice to the victims and their families. The U.S. attorney general will decide whether to seek the death penalty.

“We will not allow our community members to be hunted in their houses of worship, where they should feel free and safe to exercise their right to practice their religion,” said U.S. Attorney Robert S. Brewer, Jr.

Authorities say he fired at least eight shots in the synagogue before fleeing.

“I’ve only been lurking here for a year and half, yet what I’ve learned here is priceless. It’s been an honor.” — John T. Earnest wrote on 8chan

The federal complaint alleges that both crimes were motivated by hatred toward the Jewish and Muslim communities.

Prosecutors say Earnest expressed his “intent to harm Jews” in an online posting. He also acknowledged using gasoline to spark a blaze that charred a wall of the mosque in Escondido and scrawled graffiti praising the gunman who killed 50 people at two New Zealand mosques last month.

Earnest was an accomplished student, athlete and musician whose embrace of white supremacy and anti-Semitism stunned his family and others closest to him. He lived with his parents and made the dean’s list both semesters last year as a nursing student at California State University, San Marcos.

“I’ve only been lurking here for a year and half, yet what I’ve learned here is priceless. It’s been an honor,” he wrote.