11 Important Things to Know About Janz vs. Brand 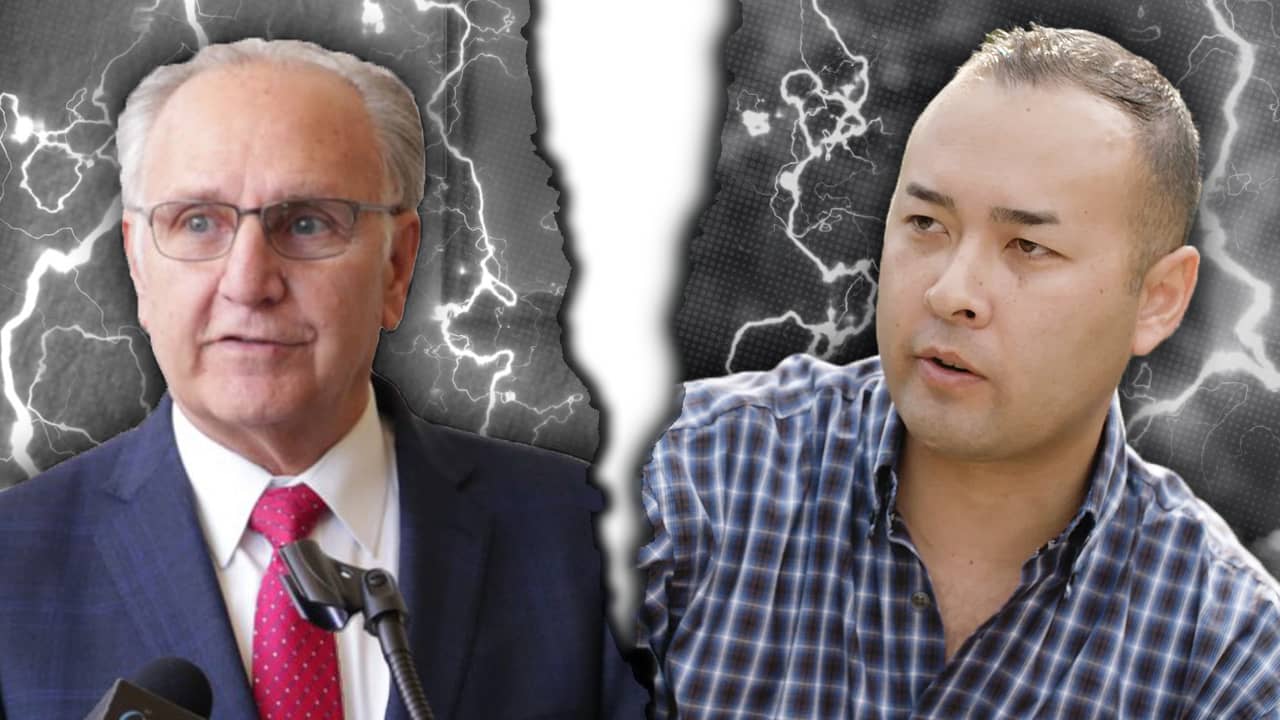 The Fresno mayoral election is starting out hot and before the March primary will make all those before it seem like dinner debates in an arctic basement.

The entry of Andrew Janz has injected sizzle into the election and stoked a fire in the belly of incumbent Lee Brand.

Here are 11 things to look for:

1. What Janz Must Do to Win

No challenger has beaten the incumbent in Fresno’s strong-mayor era, which began with Jim Patterson’s defeat of Michael Erin Woody (and his Hollywood good looks) in 1996. Moreover, Fresno hasn’t elected a Democratic mayor of any kind since Karen Humphrey in 1989.

To become the first winning challenger (and a Democrat at that), Janz must successfully make the case that change is needed and he’s a worthy replacement. He also has to articulate how his plans will benefit a majority of voters.

And one more thing: He’ll have to convince undecided voters that his running for mayor isn’t a consolation prize for giving Rep. Devin Nunes — Public Enemy No. 2 for Democrats nationwide behind you know who— the political fight of his life.

Sounds easy, but it isn’t.

2. What Brand Must Do to Win

Brand has to convince voters they are better off today than they were four years ago — and that they’ll prosper even more by keeping him at the helm.

In addition, he must hammer home that entrusting the mayor’s job to someone who has never held elected office isn’t worth the risk.

History will note that in 2000, voters put their trust in an actor with no previous political experience (Alan Autry) rather than go with a popular former mayor (Dan Whitehurst).

History will note that in 2000, voters put their trust in an actor with no previous political experience (Alan Autry) rather than go with a popular former mayor (Dan Whitehurst).

3. Janz Will Try to Tie Brand to Nunes, Trump

The mayor’s position is officially nonpartisan but many people vote along party lines. Though Brand is what might be called a “compassionate Republican,” Janz will portray him as being closely aligned with  Nunes and President Donald Trump. His campaign already has a fundraising pitch that calls Brand “a Nunes lackey.”

Is this an indicator of how @JanzAndrew would lead Fresno? Partisan rhetoric, 1 sentence about a “plan” and name-calling. Mayors are nonpartisan and should work with state and federal officials to advance city’s interests. Janz is still obsessed with Nunes, not focused on Fresno. pic.twitter.com/b3jXkBIFSV

Local voters know Brand isn’t a Nunes lackey. In fact, the mayor is criticized by some Fresno Republicans for straying from his conservative roots.

But for Janz, this is about attracting donors from outside of the city. They loved the way he took on Nunes last year, and Janz wants them to donate to this political quest, too.

You can argue that Brand’s huge fundraising edge over Henry R. Perea powered his narrow comeback victory three years ago. In the campaign’s homestretch, Brand was all over the airwaves while Perea had flat run out of money.

Political insiders predict Janz will raise in the vicinity of $250,000. He told The Fresno Bee he won’t accept campaign donations from developers or corporations. Thus he’ll have to leverage social media and strong door-to-door canvassing to counter Brand’s fund-raising clout.

It’s easy to envision Janz telling a crowd, “I’m Andrew Janz, and I want to be your mayor. I’m definitely not Lee Brand. Fresno deserves better.”

5. Janz Will Use Brand’s Punch Line Against Him

Brand issued a statement after Janz filed to run that included a memorable line: He has “a track record that consists of saying, ‘I’m not Devin Nunes.’ Will his new campaign be ‘I’m not Lee Brand?’ To which I reply, ‘Yes, young man, you’re right. You’re not Lee Brand. You aren’t even close.’”

It’s easy to envision Janz telling a crowd, “I’m Andrew Janz, and I want to be your mayor. I’m definitely not Lee Brand. Fresno deserves better.”

6. Janz Will Borrow from the Nunes Playbook

The Nunes camp alleged that Janz, a Fresno County prosecutor, campaigned for Congress on the taxpayers’ dime. Although Fresno County District Attorney Lisa Smittcamp refuted the claim, the controversy generated headlines. And Janz had to expend time and energy addressing the charge.

The mayor’s spokesman, Mark Standriff, and the mayor’s chief of staff, Tim Orman, a former political consultant, work closely with Brand. So, someone from the Janz camp surely will file Public Record Act requests seeking to find out if one or both of them has done campaign work during city working hours.

7.  Though Brand is a Republican, He Has Union Support

What’s different now? Perea had longtime relationships with both of the city’s public-safety unions, so they went with him.

In addition, Brand is no stranger to labor, whether it’s attending their public events or reaching out to explain why he made certain decisions. Brand also has received campaign donations from the Fresno bus drivers union and its statewide parent.

The police and fire unions endorsement are highly sought after by political candidates, but as we saw in 2016 they failed to carry Perea over the finish line.

The Brand campaign relishes the opportunity for the mayor to remind the public of his accomplishments, especially his securing of millions in state funds to reduce homelessness — an issue Janz has identified as one of his campaign themes.

You can bet, too, that the mayor will remind voters of City Hall’s perilous financial past and warn against electing a new mayor forced to spend big to fulfill campaign promises and satisfy a left-leaning city council.

Janz never got to debate Nunes, so he’s itching for a chance to rattle and fence in an opponent. In addition, he’s a prosecutor accustomed to performing under court-room pressure.

Before their first public debate, both men will walk to the stage confident of victory and potentially landing a knockout punch.

One of Brand’s messages will be some variant of “promises made, promises kept.” He will continue to point to Fresno’s historic low unemployment rate and the 5,000 jobs added since he took office.

Last week, Janz rolled out his counter-attack: The mayor has added thousands of low-paying jobs by surrendering tax dollars to corporations such as Amazon and Ulta that should pay for parks and police.

The conventional political thinking is that Janz, with his high name recognition and a core of fervent supporters, has cleared the field of other major challengers.

Certainly, that goal had to influence Janz’s decision to declare his candidacy early.

Fresno Police Chief Jerry Dyer is popular and led a hypothetical matchup against Janz and Brand in a poll commissioned by GV Wire. But the only way Dyer runs for mayor is if the unthinkable happens and Brand exits the race. 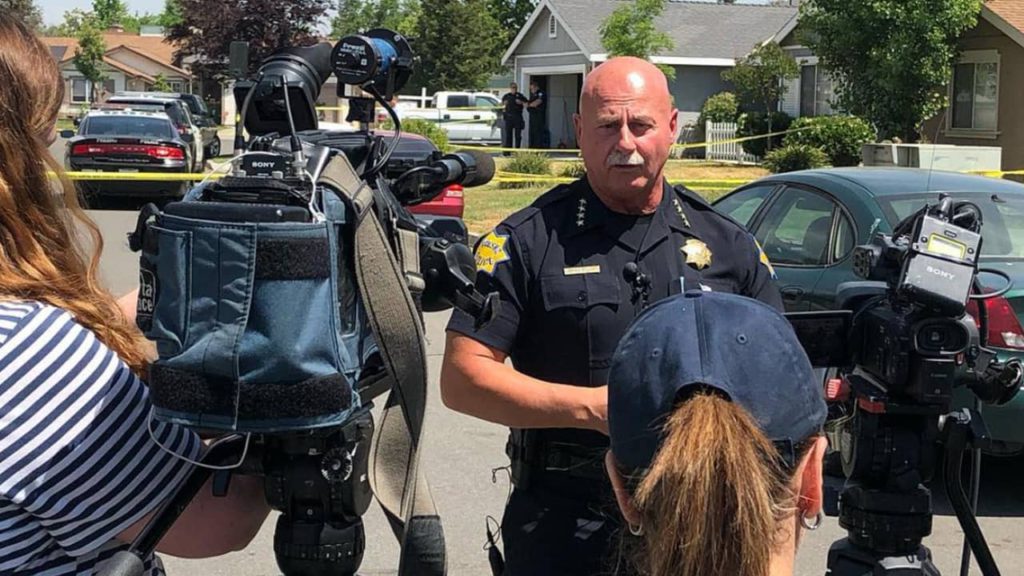 The only way Chief Jerry Dyer enters the mayoral race is if Lee Brand withdraws from it. (Fresno PD/Instagram)

11. Brand’s Goal Is to Win Outright in March

The mayor’s re-election strategy is to focus campaign resources on securing the 50%-plus-one vote margin required to avoid a November run-off.

The longer Janz hangs around, the more formidable he becomes.

And memories of the Democrats’ resounding Blue Wave in California, as well as nationally in the House elections, are fresh in the minds of Brand’s supporters.