Andrew Janz on Nunes, Politics and His Future 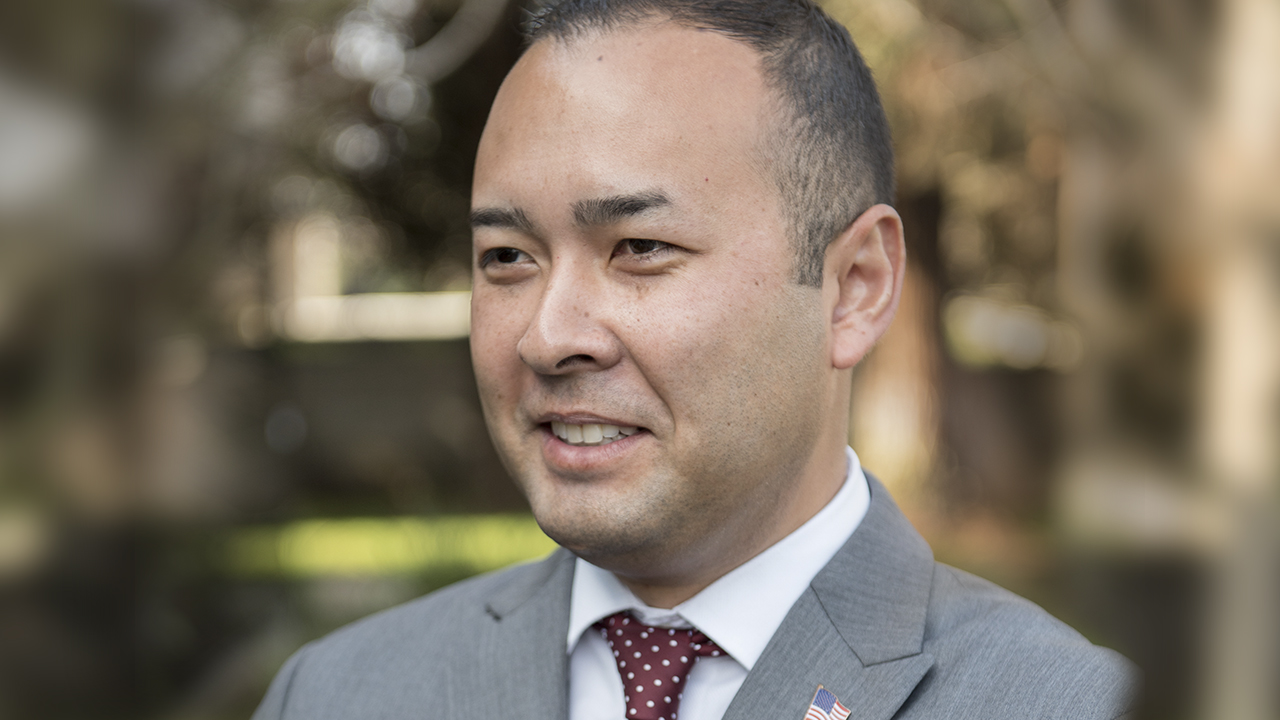 Andrew Janz is back on the job as a violent crimes prosecutor in the Fresno County District Attorney’s office.

For a better part of the last 18 months, he campaigned for Congress, hoping to unseat 16-year incumbent Devin Nunes (R-Tulare). Although the vote results aren’t final, it appears Janz fell short of his goal. Through Monday (Nov. 19), Nunes holds a 7 percentage-point lead, or about 14,000 votes.

“The best part is the fact that we built one of the largest grassroots political operations the Central Valley has ever seen. We had hundreds, if not over a thousand volunteers. We made a lot of friends.” — Andrew Janz

Janz spoke with GV Wire to reflect on his race and his future.

There is lots of speculation about your future. What’s next for you?

Janz: I want to make sure all the votes are counted in this election first. That’s my priority. People took time out to go vote, so it would unfair of me to go out and talk about any potential future run until the election is certified. My priority is going back to work at the district attorney’s office. I think that’s where I can do the most good right now. That’s where I want to be. I never considered running for public office until April of last year.

I have not done any deep thinking or any scheming or plotting or anything like that when it comes to what’s next in terms of my political career.

What about the soon-vacant seat on the Fresno County Board of Supervisors?

Janz: I have been asked to take a look at that race and I will. I’ll take a serious look at it. But I’ve made no decisions and I’m just not ready to make an announcement.

Note: Janz would not reveal who asked him to run for supervisor, just saying “various stakeholders.”

What would your top issues be in a supervisorial race?

Janz: Someone once said that all politics is local. I’m a prosecutor and so public safety is something that’s absolutely very important to me. My office is important to me — the district attorney’s office. Whoever runs for that seat needs to be a supporter of public safety, recreational spaces, parks, and things like that as well. But again, I’m not thinking about that race at this time.

What was the best part about running for Congress?

Janz: The best part is the fact that we built one of the largest grassroots political operations the Central Valley has ever seen. We had hundreds, if not over a thousand volunteers. We made a lot of friends. We were able to do something that I think that no other campaign was able to do as well as we did — bring together Democrats and Republicans.

One of the biggest hurdles and challenges facing the Central Valley is getting effective representation, whether that be in city council, City Hall, Sacramento or Washington. So many of my friends and neighbors and community members see our politicians get elected and then they sort of do their own thing without being held accountable. All of these people that got elected know we’re going to hold them accountable.

This is how we win! Thank you to the hundreds of volunteers across #CA22 that came together to take back our Valley. TWO DAYS to knock on doors and phone bank. GET INVOLVED NOW: https://t.co/7suWktogSW pic.twitter.com/sZQFZnGIok

What was the toughest part about the race?

Janz: The worst thing about the campaign, I had to take a long time away from my family and obviously my job which I loved so much. That was challenging, but I think that the needs of the community outweighed my own personal desires.

Could you take time off from work to run for office again?

Janz:  I talked to my boss, (DA) Lisa Smittcamp. I told her that I’m committed to the office and that is going to be my priority going forward over the next couple of years. After that, we’ll see we’ll see what happens. I can tell you, 100 percent, the district attorney’s office is my priority at this time.

Fundraising again may not be easy.

Janz: Going into the congressional race, we knew that we weren’t going to get help from the Democratic Party, so we needed to build a strong donor base — a donor base to compete with Devin Nunes, who was just a phenomenal fundraiser. We were able to do that effectively. We were the most expensive House race in the country. I think our campaign raised more money than any other House candidate in the country (in direct contributions).

I maintain good relations with my donors. By the way, my donors predominantly were very low denomination donors —$100, $50. For a time, and even probably up until the election, I was outraising Devin Nunes in his own congressional district. The campaign was about bringing attention to what I perceived to be a member of Congress not doing his job. But, then we were able to pivot and talk about my message and strategy moving forward on ending the corruption in Washington and hoping for a better type of politics.

I think that that message will resonate locally. It did. I don’t think that if I were to decide to run for something else, we would have issues with respect to fundraising. 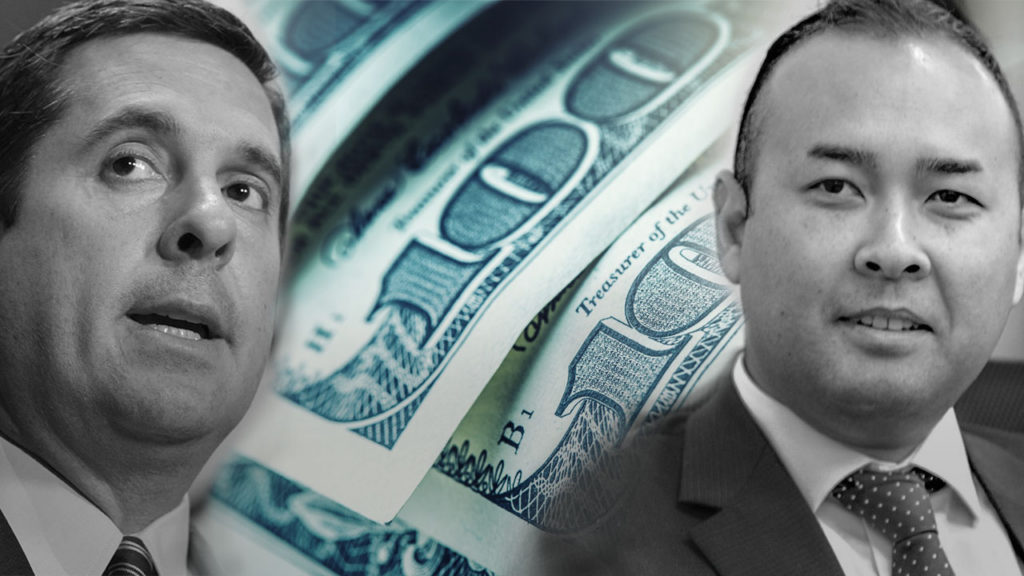 The race between Devin Nunes and Andrew Janz was one of the most expensive in the country with the candidates combining to raise more than $20 million, according to opensecrets.org. (GV Wire File Photo Illustration)

What was the biggest misperception of you during the election?

Janz: I get asked all the time you, where am I on the political spectrum? And I had to be honest with you, I don’t even know. I have certain strongly held beliefs. I’ll leave it up to the political pundits, to you, to decide where I fall on the spectrum.

It was very clear that Congressman Nunes understood very quickly that I wasn’t going to be somebody that was beholden to the Democratic Party. That was my strength in this race. He saw that as a huge threat to him and his ability to maintain support of his base.

I’m my own person. I don’t follow party lines. Sometimes I support Republicans. Sometimes I support Democrats. I just am who I am. I’m a registered Democrat, though. There are several reasons for that. So, I think the biggest misconception was that I was some sort of San Francisco liberal. Far from it.

What would it take to topple Devin Nunes?

Janz: I’m not sure. We left everything on the field. This is a gerrymandered district. Anything short of redrawing the map in a way that doesn’t create a safe seat — it’s going to be challenging for anybody to overcome the demographic hurdles. 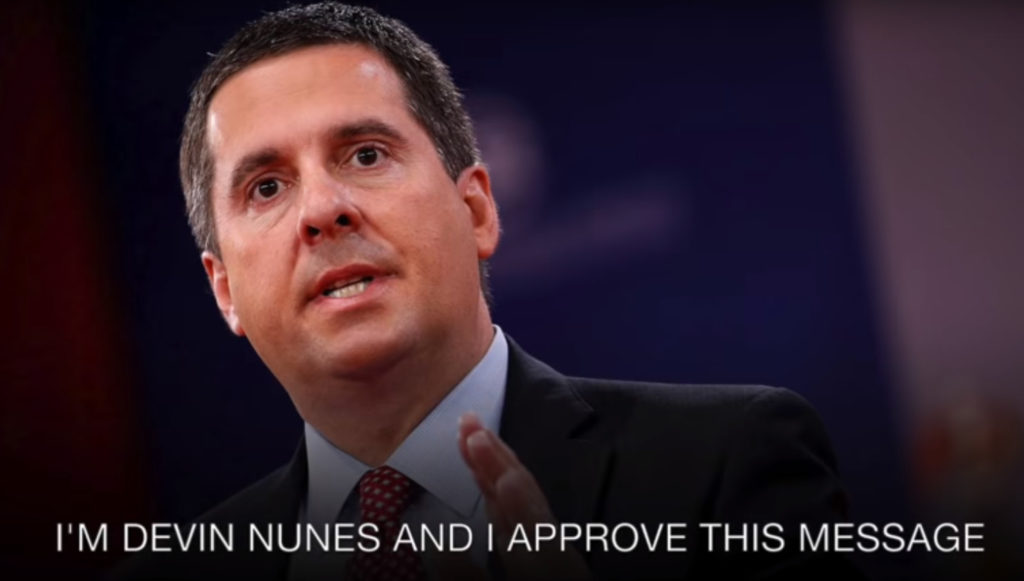 Is there anything you could have done differently?

Janz: I’ve been asked a lot. I don’t think I would have done anything differently. I think that we did everything that we could. And as I said before we left it all on the field.  We pushed really hard.

Janz: That was another sort of misconception of what had happened. I happened to be at parties where they were and so Devin Nunes made hay of it. Maybe we should have looked more into … you know, I’m not going to go there — but, his (Avenatti’s) associations.

I think that the national attention that we got really helped further the campaign and so I wouldn’t change any of that either.

Has politics seen the last of Andrew Janz?

Janz: Only time will tell.

Tony Thurmond Is the New Schools Chief. Now What?